anoparticles of indium phosphide—a semiconducting material used in solar cells—installed onto the surface of Saccharomyces cerevisiae allows the yeast to use light to fuel biosynthetic pathways, according to a report in Science today (November 15). In proof-of-principal experiments, the researchers ramped up the production of shikimic acid, a precursor important for the synthesis of numerous drugs and chemicals.

“They were able to interface the capture of solar energy to the metabolism of the cell and then, through some clever engineering of the cellular metabolism, produce a lot of . . . shikimic acid,” says biochemist Paul King of the National Renewable Energy Laboratory in Colorado who was not involved in the research. “There’s a lot of ingenuity here,” he adds, “They went across disciplines . . . to create something that makes a pretty big advance.”

Progress in biotechnology has allowed microbes—in particular, the well-characterized brewer’s yeast S. cerevisiae—to be genetically engineered to produce a range of desirable drugs and compounds cheaply and efficiently, some of which are already in commercial production.

But one common bottleneck in such biosynthetic pathways, including that of shikimic acid production in engineered yeast, is the availability of a compound that aids in anabolic reactions—that is, the synthesis of larger molecules from smaller components. It goes by the name of nicotinamide adenine dinucleotide phosphate (NADPH). As Neel Joshi, a chemical and biological engineer at Harvard University who led the research, explains, the molecule donates electrons to such biosynthetic reactions in the form of hydride ions.

To find another source of electrons, Joshi’s group turned to solar cell technology. The semiconductor materials used in such cells are highly efficient at producing electrons when exposed to light and, moreover, there are precedents for using such materials in biological endeavors. A report by Peidong Yang of the University of California, Berkeley, and colleagues in 2016, for example, described the use of semiconducting cadmium sulfide nanoparticles to help supply bacteria with additional energy for acetic acid synthesis.

Joshi’s team opted to use the semiconductor indium phosphide rather than cadmium sulfide because it is less toxic to cells, he explains. The researchers coated the nanoparticles with polyphenols—which act like a non-specific sticky glue, says Joshi—to attach them to the surface of S. cerevisiae cells. The yeast itself had been genetically engineered to over-produce shikimic acid, but with the addition of the nanoparticles and a source of white light, the yield rose three- to four-fold. Such gains were not seen without the light or when the nanoparticles were not assembled onto the cells, indicating that it was the light-driven electron donations that were responsible for the boost in production.

Aside from shikimic acid, Joshi and colleagues’ system could be used for a wide range of yeast-produced chemicals, says King. “They’re really just boosting the chemical form of solar energy, in the form of NADPH, so they are not tied to one specific outcome.”

Take, for instance, the production benzylisoquinoline (the structural basis of many drugs including morphine and codeine) by bioengineered yeast—at present in the research phase only. The chemical steps require considerably more NADPH molecules than shikimic acid production, says Joshi. Such NADPH-guzzling pathways might benefit greatly from this solar energy converting system, he says.

“This idea of harnessing and combining the reaction pathways in whole organisms with the exceptional ability of semiconducting nanomaterials to harvest solar energy is quite powerful,” Yang, who was not involved in the research, writes in an email to The Scientist. “[It] will fundamentally change the way we think about [the] chemical and pharmaceutical industry, and move them towards renewable production routes.” 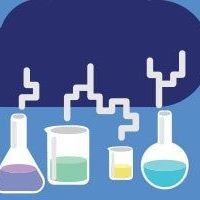