A virus, a capsule filled with genetic material that can’t replicate on its own, enters a cell and inserts its DNA. The cell reads that DNA and uses its own cellular machinery to produce viral progeny that emerge to invade another cell. The process repeats throughout the course of an infection. Or so we thought.

A new study published last week (March 12) in eLife suggests that in some cases, distinct segments of a single virus’s DNA or RNA can invade separate cells, making infection more of a “team sport.”

“It’s pretty rare that you see a paper come out like that, that’s so sort of conceptually groundbreaking that it really kind of changes in really fundamental way how you think about how viruses exist,” says Christopher Brooke, a virology researcher at the University of Illinois who was not involved in the study.

Stéphane Blanc, a research group leader who conducted the study at the University of Montpellier in France, and his team have been studying multipartite viruses—whose DNA is split into several segments, each separately enveloped—for years. As far as scientists are aware, these types of viruses never infect mammals and only rarely infect insects. Mostly, they spell trouble for plants.

Blanc studies the faba bean necrotic stunt virus (FBNSV), which is made up of eight individual virus particles, each carrying a portion of the viral genome that responsible for a different function, such as replication or encapsidation. Based on the traditional understanding of how a virus replicates, all eight of these particles would need to invade the same cell—an extremely unlikely scenario.

To test the idea, Blanc’s team used two different colored fluorescent dyes to mark different DNA segments as the they introduced the viral DNA into a faba bean plant. When observing the plant under a confocal microscope, the researchers saw red fluorescent DNA segments in some cells, and green ones in others, but the two generally didn’t show up in the same cell. The researchers also tagged a protein encoded by one of the DNA segments with fluorescent dye and found that, while only 40 percent of the cells had the DNA, about 85 percent had the protein. Rather than individual cells ending up with all eight DNA segments then, the experiments suggested that cells may be exchanging newly synthesized virus proteins between one another.

Brooke, who studies in the influenza virus, has been following Blanc’s work for some time. “There had to be something that we just didn’t see that could explain why [a multipartite virus] was actually viable. So, in that way, it’s not surprising,” he says. “But the specifics of what they found is still pretty shocking and exciting.”

The findings change the way that researchers think about how these types of viruses function. “This population of viruses requires a population of cells, kind of a multicellular habitat, for it to function,” says Luis Villarreal, a virologist at the University of California Irvine who was not involved in the study. “And that's really a profoundly different way to think about virus-host interactions.”

Still, some virologists aren’t ready to update the textbooks just yet. Vincent Racaniello, a virologist at Columbia University who also did not participate in the research, calls it a “fascinating idea,” but says that the strategy the scientists used—introducing viral DNA rather than virus particles in to the plants—could have affected the outcome. Additionally, he told The Scientist in an email, “it does not rule out that these multipartite viruses can also replicate by having eight virus particles enter single cells. I think there are difficulties with both strategies and they might both occur under different conditions.”

Next, Blanc and his team are working to figure out how multipartite viruses might travel from one host to another. In the meantime, he says, “this [study] is showing is that many, many viruses on the planet are working in a way that was just unsuspected.” 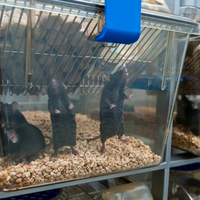 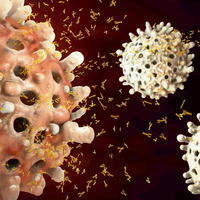