ABOVE: Pairs of brain scans show the uptake of radiolabeled tratuzumab into tumors (arrows) before (left) and after (right) focused ultrasound.
SUNNYBROOK HEALTH SCIENCES CENTRE

“It’s a really important step forward in this process of understanding how valuable focused ultrasound will be as a method to deliver drugs to the brain,” says neuroscientist Richard Daneman of the University of California, San Diego, who studies the blood-brain barrier but was not part of the research team.

“The fact that they did show increased drug delivery where they wanted to target—that is pretty cool,” adds neurosurgery researcher Choi-Fong Cho of Brigham and Women’s Hospital and Harvard Medical School, who also did not participate in the research.

The brain is a problematic organ to treat, explains Cho, because it has a built-in defense shield in the form of the blood-brain barrier—a specialized endothelial lining to the brain’s blood vessels that stops large molecules from exiting into the surrounding neural tissue. The barrier is highly effective at preventing pathogens and toxins from entering the brain, says Cho, but it also blocks drugs. Because of that, “when it comes to treating diseases in the brain,” she says, “it really poses a major challenge.”

One way around this issue is to inject therapeutics directly into the brain, but such injections are technically fraught and can require surgically creating an opening in the skull. So researchers sought a way to temporarily permeabilize the blood-brain barrier without the need for surgery—and over a decade ago, they discovered they could use sound.

Gas-filled lipid microbubbles, originally developed as a contrast agent for ultrasound imaging, are injected into the bloodstream and, when ultrasound beams are directed at a particular site, the bubbles in that region jiggle, disrupting the vessel walls. In animal studies, the technique, called focused ultrasound, has been used to treat brain diseases. But in humans, it had only been tested for feasibility and safety—to confirm that permeabilization occurs and quickly resolves.

In this latest human study, neurosurgery researcher Nir Lipsman of Sunnybrook Research Institute and colleagues have taken the technology a step further, showing that focused ultrasound enables a drug to enter brain tumors and possibly even shrink them.

Lipsman’s team performed the technique on four female patients, aged between 31 and 56, who were all regularly receiving the immunotherapeutic drug trastuzumab to treat metastatic Her2-positive breast cancer. Her2-positive cancers are those in which the cells produce large amounts of human epidermal growth factor receptor 2, which fuels the cancer’s growth. Trastuzumab is a monoclonal antibody that blocks Her2. It can be effective at shrinking tumors around the body, but it doesn’t enter the brain, explains Lipsman.

The women were given a small quantity of radiolabeled trastuzumab along with their normal dose to enable imaging of the drug both before and after their brain tumors were targeted with the focused sound waves. Imaging the women’s brains with single-photon emission computed tomography (SPECT) revealed that the focused ultrasound roughly doubled the amount of radioactivity detectable in the brain lesions compared to baseline, says Lipsman, showing the drug had successfully gotten in. 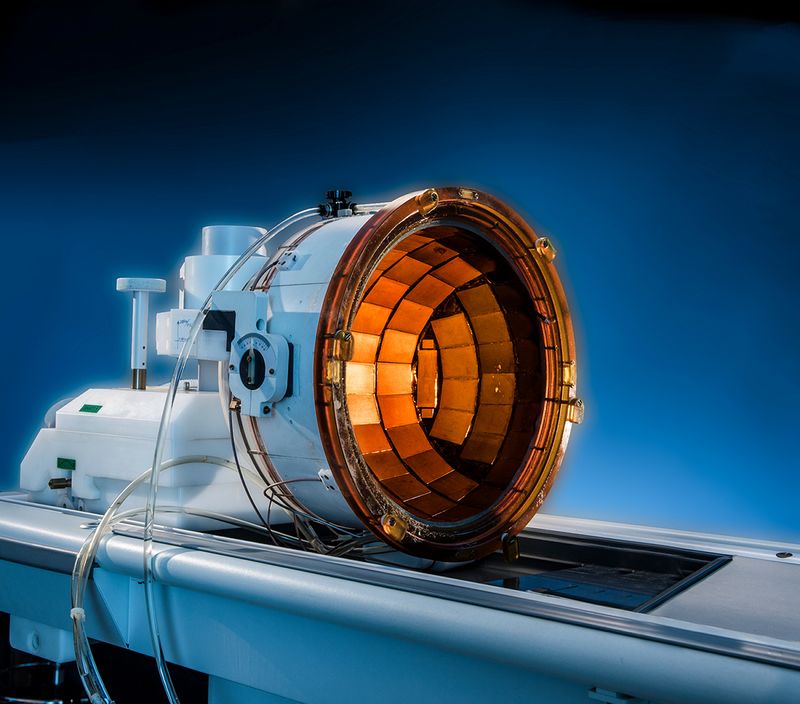 The procedure, which was performed multiple times in each patient, caused no severe adverse effects—all patients were discharged from the hospital the same day. Additionally, magnetic resonance imaging (MRI) the following day confirmed the blood-brain barrier had closed.

Follow up MRIs performed over the following months showed that all of the women experienced shrinkages in brain tumor size, varying from 31 to 7 percent. There was no control group.

“It’s so difficult to make broad sweeping conclusions with regard to efficacy with only four patients but, that said, of course, it’s a promising signal,” says Lipsman, who adds he hopes large-scale controlled trials can begin soon.

Even without hard proof that the technique shrinks tumors, the paper is a major advance for focused ultrasound, says neurosurgeon Graeme Woodworth of the University of Maryland who was not involved in the project. It shows the technique can work with a large immunotherapy drug, he says, and for the first time tracks the location of the drug in patients. “Overall, it’s very exciting.”