For the 2020 fiscal year, most US research agencies will receive a funding increase, according to details of a spending bill released by Congress yesterday (December 16).

The National Science Foundation will receive $203 million more than it did this year, for a $8.28 billion budget, space science at NASA will receive a $233 million increase, to a total of $7.14 billion, while the Department of Energy’s Office of Science will receive an additional $415 million, for a budget of $7 billion if the bill is passed. The National Institutes of Health, will also receive a $2.6 billion boost, for a total annual budget of $41.7 billion, Science reports.

A total of $2.8 billion of the NIH budget, a boost of $330 million over this year, will be earmarked for Alzheimer’s research, with another $12.5 million for firearm injury and mortality protection research. The Centers for Disease Control and Prevention (CDC) would also receive $12.5 million for similar gun violence research, which has been nearly nonexistent more than two decades.

“This is a deal of historic proportions,” Mark Rosenberg, who was heading the CDC’s research on firearm violence in the 1990s when Congress abruptly cut off funding for the work, tells The Washington Post. “It ends the horrendous position we’re in, where we don’t even know what works.”

Despite the victory in allocating funds for gun violence research, the funding is half what Democrats had asked for in their original spending bill, and it is far below the billions spent annually on brain disorders and HIV/AIDS research.

“This is a drop in the bucket compared to what the comparable diseases and comparable killers receive for research. We can only go up from here,” Katherine Phillips tells Nature. Phillips is a federal-affairs manager at Giffords, a gun-safety group cofounded by former Congresswoman Gabrielle Giffords who was shot in 2011. But, she says, it does show lawmakers are “serious and they know we’ve waited too long.”

The House could vote on the bill as early as today (December 17). 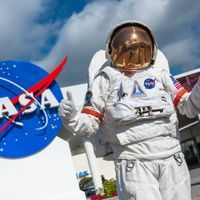 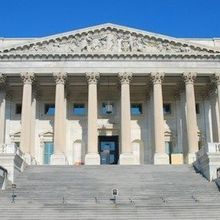