Many animals use their colors strategically for survival, whether they’re flashing a warning signal to send harassers scurrying or enticing prey to wander closer. But new research suggests that a spider species enjoys the best of both worlds. Using its vibrant patterns, the spotted coin spider manages to both lure prey and repel predators, scientists reported last month (March 12) in Functional Ecology. The finding fits into an emerging picture of the evolution of colorful signals that’s more complicated than previously thought.

While observing local wildlife in the wooded areas surrounding Tunghai University in Taiwan, Sean Blamires, an evolutionary biologist at the University of New South Wales and an author on the new study, and his colleagues noticed a spider with some peculiar behaviors. They saw that female spotted coin spiders (Herennia multipuncta)—flat-bodied inhabitants of tree trunks throughout Southeast...

Blamires suspected it was possible that the coin spider had partitioned the function of its orange colors into totally opposing uses, one to draw in prey and the other to shoo away danger. To find out, he and his team set up a series of field and laboratory experiments. They perched dummy spiders made of paper on trees, with various color patterns on their backs and video cameras filming the interactions of forest creatures with the mock-ups. The team also brought live spiders into the lab, where some had their orange bellies painted black, and had them encounter predatory lizards.

The researchers confirmed their suspicions. The dummies with the orange bands were more effective than their unmarked counterparts at drawing in prey insects, which visited the dummies with orange bands two to three times more frequently depending on the time of day. But predators such as wasps and lizards didn’t treat the various dummy patterns differently. In the lab, lizards took longer to attack the spiders with unpainted, orange bellies showing.

Blamires tells The Scientist that different functions for colors in multiple body regions had long been expected among animals in general, but “showing it has always been the challenge.” 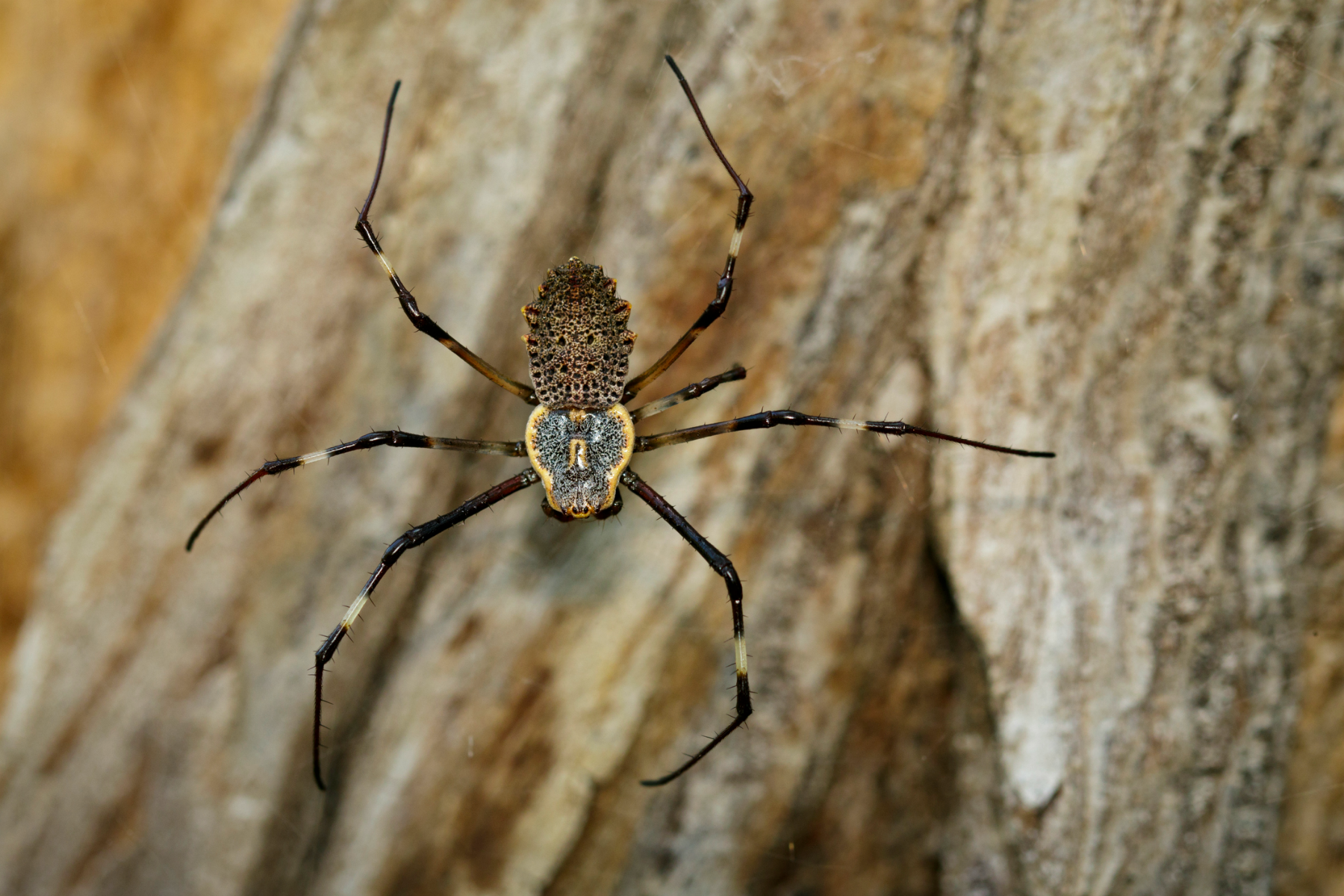 Other spiders are known to use their markings to lure different prey at different times of the day, but the coin spiders’ dual use of orange for both hunting and protection is unique.

Johanna Mappes, an evolutionary ecologist at the University of Jyväskylä in Finland who not involved with this study, points out that butterflies may also be color multitaskers, but in a very different context. “[The study] nicely complements our current understanding of how colors can have multiple functions both in mate attraction and predator deterrence,” Mappes writes in an email to The Scientist. For instance, she notes, brightly colored Heliconius butterflies’ wing markings have roles both in sexual selection and warning coloration.

For Eileen Hebets, an ecologist at the University of Nebraska-Lincoln who was not involved with this study, the research is incredibly important for advancing our understanding of the evolution and ecology of color-based signals. “It is often easiest to test and interpret a single function of animal coloration. For many animals, however, body coloration is fixed throughout much of their lives,” explains Hebets in an email. She says coloration is therefore constantly influencing things such as predator attraction or potential mate appeal. “It is important to understand and explore the multiple contexts in which coloration may function in order to gain a more complete understanding of how such coloration evolves.”

Blamires suspects that many animals may have multifunctional colors, given that different evolutionary pressures—particularly those concerning predators and prey—are often at odds with one another.