According to the notice, Philippe Bois, a former postdoctoral student in biochemistry at St. Jude Children’s Research Hospital, used misleading data for one image in a 2005 Journal of Cell Biology paper and completely faked another image in a Molecular and Cellular Biology article published the same year. In the first paper, Bois used a Western blot to suggest that the tumor suppressor gene, FOX01A, was not expressed in biopsies of a rare type of muscle cancer called alveolar rhabdomyosarcoma, even though other blots showed evidence of expression, the ORI found.  In the second paper, Bois fabricated gel electrophoresis data on proteins that help orchestrate the restructuring of the actin cytoskeleton during cellular adhesion.

Problems were initially found in the MCB paper, which he published while in the lab of John Cleveland, who was also at St. Jude at the time and is now the chair of the cancer biology department at the Scripps Research Institute in Florida. The ORI found that Bois falsified an image, then cast blame on a graduate student in the same lab. MCB issued a correction in 2007, though the paper’s overall findings were intact.

Once his former advisor at St. Jude, geneticist Gerard Grosveld, learned that Bois had faked data while working under Cleveland, he went back over three years of results from the time Bois spent in his own lab, and found experimental data in Bois’s lab notebook that did not support the JCB paper’s conclusion that FOX01A acted as a tumor suppressor. Grosveld brought the errors to the journal’s attention, and the paper was retracted in May 2007, after being cited 7 times, according to ISI.

“It was an absolute low point in my scientific career,” Grosveld said.

While JCB was only out for five months before it was retracted, the falsifications derailed the research of another graduate student in Grosevld's lab who was following up on Bois’s findings, Grosveld said. “My graduate student spent a whole year frustrated to the bone because he couldn’t replicate any of it.”

Janet Shipley, a sarcoma pathologist at the Institute of Cancer Research in England, cited the JCB paper in a 2006 review in the Journal of Clinical Pathology. She credits the co-authors for withdrawing the paper so quickly. “Due to the timing, I do not think that the paper had a major impact in the field.”

Still, Shipley was initially shocked by the withdrawal. But “when we subsequently did similar blots for another reason it was indeed clear how flawed the premise was,” she said.

Bois, who is now an assistant professor at the Scripps Research Institute in Florida, refused to accept a settlement and instead spent years fighting the ORI’s findings in court.  Last month a judge declined to hear Bois’s appeal because he had not provided substantive evidence to dispute the agency’s findings. “There were a lot of objections about process, but they were not considered relevant,” said John Dahlberg, the director of the office’s Division of Investigative Oversight. The final decision took so long in part because Bois refused to come to an agreement with ORI and then disputed their findings, he said.

In an email, Bois said he would not comment due to ongoing legal proceedings.

As a result of the ORI’s findings, Bois is barred from receiving federal grant money and from serving in any advisory capacity to the US Public Health Service (PHS) for three years. 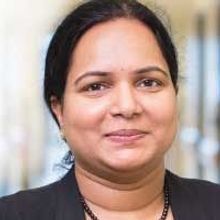