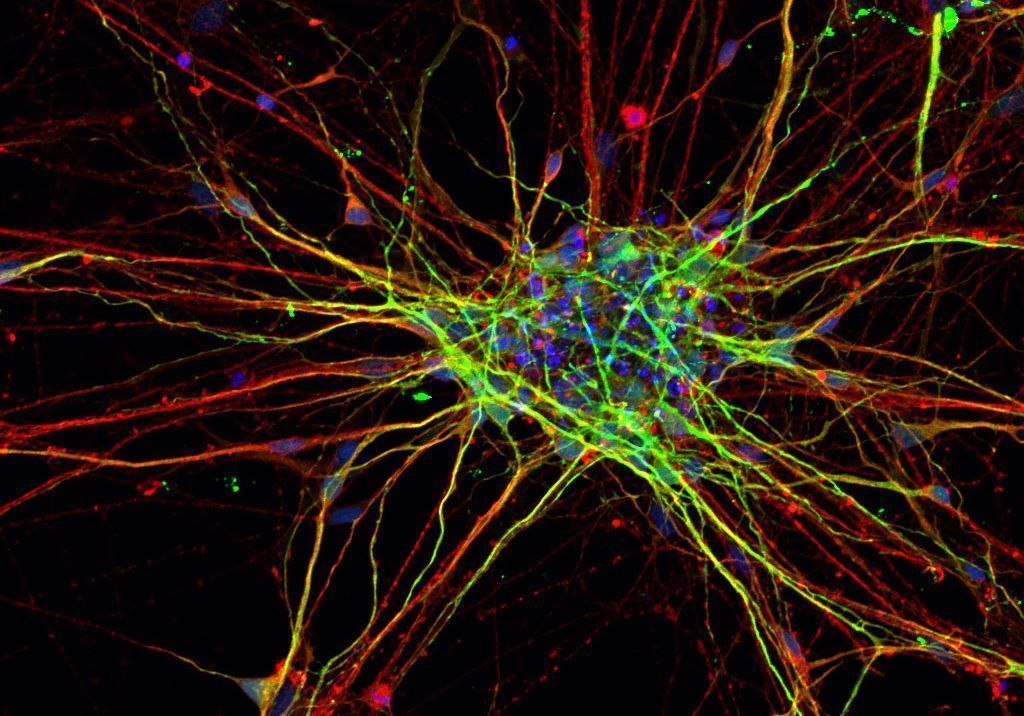 Neurons derived from the skin cells of people with and without autism spectrum disorder exhibit different patterns of growth and development, according to a study published this week (January 7) in Nature Neuroscience.

“Although our work only examined cells in cultures, it may help us understand how early changes in gene expression could lead to altered brain development in individuals with ASD [autism spectrum disorder],” coauthor Rusty Gage, president of the Salk Institute, says in a press release. “We hope that this work will open up new ways to study neuropsychiatric and neurodevelopmental disorders.”

Gage and his colleagues converted skin cells from eight people with ASD and five developmentally typical controls into induced pluripotent stem cells, then re-differentiated those cells into neurons. During that re-differentiation process, the researchers noticed differences between the...

In addition, a genetic program in neural stem cells that includes several genes linked to a higher risk of developing ASD turned on earlier in the cells derived from people with ASD than in the cells from developmentally typical donors. The chromatin during this stage of cellular differentiation was more open in those from the former group, perhaps explaining the differences in gene expression. When the researchers manipulated the cells’ development such that they skipped the neural stem cell stage altogether, the abnormalities disappeared.

“It’s amazing to me that this experiment worked,” Gage tells Science News, adding in the press release that the study’s findings emphasize the importance of “understanding of the early cell biological events that precede the onset of symptoms.”