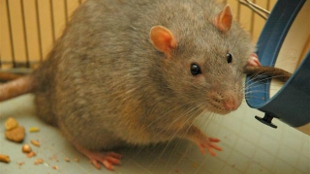 The extent to which individuals are willing to make an effort at cognitive tasks may alter their reaction to psychostimulants, a new study in rats suggests. The work, published today (March 28) in Neuropsychopharmacology, shows that while lackadaisical rats concentrate harder if given amphetamine, the drug makes hard-working rats ease off. The rats' work ethics also altered their responses to caffeine.

Such studies are important because, in humans, an unwillingness to exert cognitive effort, called recruiting effort impairment by psychologists, can be symptomatic of underlying psychological disorders. "Impairment in recruiting effort shows up in a lot of different illnesses—post-traumatic stress disorder, depression, brain injury, ADHD, that sort of thing," says Jay Hosking of the University of British Columbia in Vancouver, a lead author of the study.

"Cognitive effort has been studied in humans for decades but there hasn't been a good animal parallel," says Michael Treadway of Vanderbilt University, who was not involved in the study. "Now that we have that, it becomes easier to go back and forth testing hypotheses."

In the new test, animals were presented five food dispensers, each with an associated light. However, only one dispenser contained a sugar pellet reward, the release of which was preceded by a flash of the corresponding light. There were two versions of the trial: one where the food reward flash lasted a second, and another where it lasted a fifth of a second. The latter version required animals to pay more attention, but this extra effort was rewarded with two sugar pellets instead of one. At the beginning of each session the rat chose which version of the trial they wanted to do by pressing one of two levers: they could choose low-effort, low-reward, or high-effort, high-reward.

Twenty trained rats were monitored as they performed five rounds of the trial. "What you see is this spectrum of behavior where some animals work really hard and almost always choose hard trials, and other animals are happier to stick with mainly easy trials and just relax," said Hosking. He likened the rats to office workers. "Some people want to work hard in the office in the hope of getting a promotion, others want to do the bare minimum, check Facebook every 15 minutes, and just make their wages."

"The huge difference between the animals—that variability—is fascinating because it gets you thinking: what is the neurochemical difference between a worker and a slacker?" says John Salamone of the University of Connecticut, who was not involved in the study. Hosking and his team used the terms "workers" and "slackers" to describe animals that fell above or below the average willingness to exert mental effort.

When the researchers dosed both types of rats with psychostimulants, they noticed that amphetamine made slackers more motivated to work hard, but had the opposite effect on workers. Caffeine had no effect on slacker rats, but the commonly used stimulant caused worker rats to slack off.

It wasn't clear why worker rats were negatively affected by the stimulants, said Salamone. "Maybe the [worker] rats are already working near optimal, so anything you do to disrupt their behavior will tend to decrease their performance." Hosking put the conundrum in human terms. "A cup of coffee does the trick for some people but is a bad idea for others in terms of getting work done."

Although the results might make you think twice before drinking a cup of coffee, it is not yet clear to what extent they can be extrapolated to humans. "If it works the same in humans then it suggests that one cure doesn't fit all, Hosking said. "You can have the same illness but your individual personality is going to affect how a drug works, or doesn't work, for you."