The original work found that an anti-malaria drug or the neurotransmitter GABA could increase the number of insulin-producing pancreatic cells in mice.

Early in 2017, a pair of papers in Cell presented evidence in mice for two possible routes to treating type 1 diabetes. In one, the scientists injected animals with the neurotransmitter GABA, which they reported could convert cells in the pancreas to insulin-producing β cells, and in the other they identified an anti-malaria compound that could convert pancreatic α cells to β-like cells and induce insulin production.

“These Cell papers were really important because they represented a chemical test of a long-standing genetic hypothesis . . . that one should be able to manipulate the relative number of β cells” by manipulating the pathways responsible for generating insulin-producing cells, Jake Kushner, medical director for McNair Interests in Houston, Texas and an associate professor at Baylor College of Medicine, who did not participate in the studies, tells The Scientist.

Mark Huising, whose lab at the University of California, Davis, studies pancreatic islet biology and diabetes, read the papers in 2017 and decided to replicate the anti-malarial study (cited 100 times, according to Google Scholar). In it, Stefan Kubicek, a chemical biologist at the CeMM Research Center for Molecular Medicine of the Austrian Academy of Sciences in Vienna, in collaboration with Patrick Collombat’s lab at the Valrose Biology Institute at the Inserm/University of Nice, in France, described a chemical screen that identified artemisinins, a group of anti-malarial drugs acting through the GABA pathway, that could induce a β-cell identity in pancreatic mouse cell lines. Additionally, one such compound, called artemether, along with its active metabolite could effect insulin production in an α cell line, and adding artemether to human pancreatic islet cells—the parts of the pancreas that contain endocrine cells including the α and β cells—increased insulin secretion in vitro.

“These studies described a pharmacological manipulation to produce an enormous number of β cells in vivo. And if that were true that would be incredible!” Kushner adds.

Huising’s lab had previously found evidence for a small proportion of immature β cells in adult mice that appear to be at an intermediate stage of conversion from α to β cell, known as transdifferentiation. “We think there is some transdifferentiation occurring in healthy mice and this new Cell paper suggested that an FDA-approved drug could promote that process, which would be fantastic if it were true,” says Huising.

Rather than use the immortalized α and β mouse cell lines that Kubicek’s group screened (Huising says they have a blurred identity with traits of both cell types), Huising and his colleagues used primary mouse islets, composed of various endocrine cells including α and β cells. They also experimented on the lab’s mouse model with fluorescently labeled α and β cells to track any conversion between the two cell types, and the same source of artemether as specified in the Cell paper.

But Huising and his team could not reproduce the effects of artemether on islet cells that Kubicek’s Cell paper had presented, publishing their replication attempt in Cell Metabolism earlier this year. “We did the same time course as in the Cell paper and replicated the experiments as much as we could but did not observe any α-to-β conversion, which was pretty definitive and disappointing,” says Huising.

A second attempt, a second failure

A reproduction attempt of the GABA study has come to a similar conclusion. That study (cited 66 times) demonstrated that by regularly injecting mice with the neurotransmitter a large proportion of α cells would convert to β cells in wildtype animals or those chemically induced to have diabetes. It was led by Collombat’s lab. 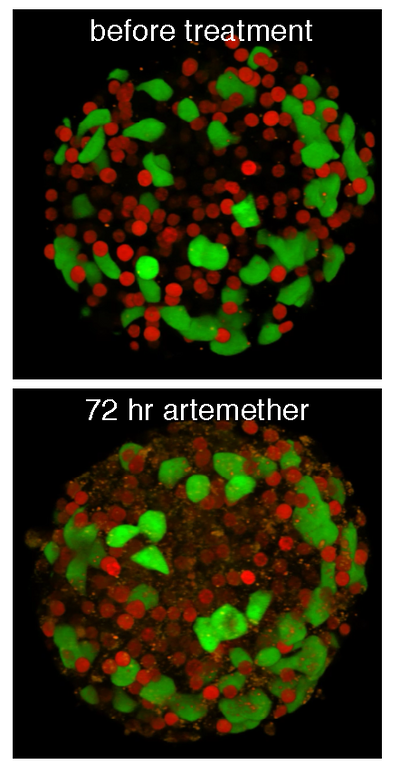 In the replication study, Klaus Kaestner’s group at the University of Pennsylvania Perelman School of Medicine treated its own mouse model, which contains fluorescently labeled α cells, with either GABA or the anti-malarial compound artesunate for three months, but found no effect on insulin concentrations or any evidence of α-to-β conversion in vivo. While the Collombat lab paper suggested that progenitor cells in the pancreas were stimulated to proliferate into β cells after exposure to GABA, Kaestner and his colleagues did not see any such proliferation. Those results appeared in Cell Metabolism in July.

The Scientist repeatedly reached out to both Collombat and Kubicek for comment but did not hear back from either researcher.

“These two recent papers in Cell Metabolism have shown definitively that the two earlier papers in Cell are completely irreproducible,” says Fred Levine, who studies pancreatic β-cell biology at the Sanford Burnham Prebys Medical Discovery Institute in California. “If you have a robust finding that GABA and this anti-malarial drug have this dramatic effect on β-cell proliferation, you shouldn’t have to use the exact same mouse model to get the effect, these agents should have some effect in other types of mice,” Levine adds.

For Levine, a major question after reading the Cell papers is the role of GABA on islet cell biology, and why, if GABA were β-cell regenerative, has there been no documented effect on diabetics who happen to take GABA-stimulating drugs for epilepsy, bipolar depression, and anxiety disorders. “About 10 percent of the population is diabetic, so you would think there would have been a hint that these drugs would affect diabetes if they were robust agents for making new β cells,” says Levine.

A collaborator’s inability to reproduce

For the GABA study, Collombat’s lab collaborated with the pharmaceutical company Novo Nordisk. According to Matthias von Herrath, who runs a lab at the La Jolla Institute in California and who is also a Novo Nordisk employee, the company presented a poster at the Cell Symposia: Metabolic Disease Therapies meeting in October 2017 that included data at odds with the Cell paper. Von Herrath was an author on the poster but was not directly involved in the replication attempts. In particular, the Novo Nordisk group was not able to substantiate the robustness of the results of in vivo GABA treatment in various mouse strains. The company is currently working on a manuscript to submit to a journal that will include these data, according to von Herrath.

Kushner agrees. “It is helpful to collaborate and to analyze data together, particularly microscopy imaging data, and to make sure that the images are blinded to minimize investigator bias.”

For Huising, the irreproducibility of the results should not diminish the excitement around the potential of α-to-β cell conversion. “That process is real and it is worth pursuing in diabetes, but I think what we are realizing as a field is that if we want to restore β cells as a potential therapy, we need to better understand the context of those cells and their organization within the islets of the pancreas.”

The fact that the diabetes field has so much potential for immediate translation to patients is a reason to be cautious of hype, according to Kushner. “There has been a lot of hype in the field since I started twenty years ago and we are no closer to a cure for diabetes, unfortunately. And that just means there is a huge amount of biological complexity that we are still uncovering and that we didn’t fully understand.”