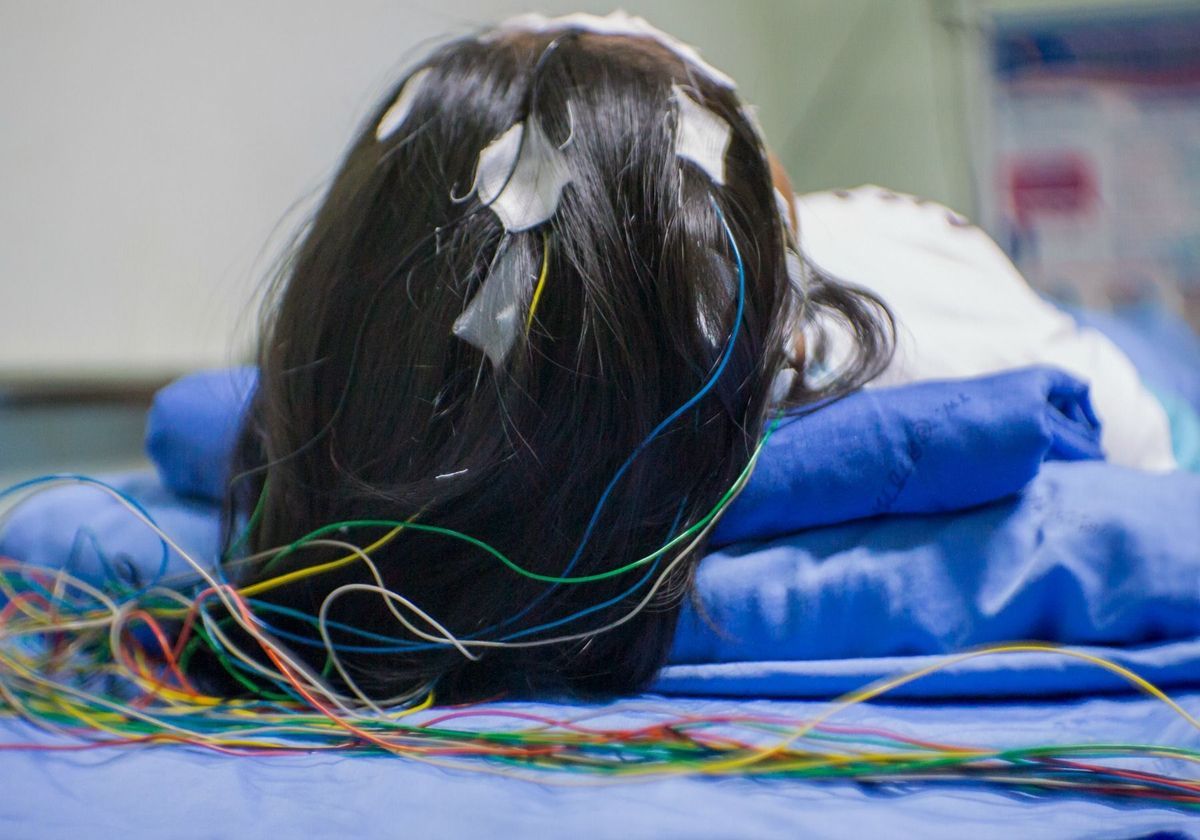 Tiny trigger: Mutations in the gene HNRNPU lead to a syndrome characterized by seizures and autism.
ISTOCK, RUNGRUEDEE MALASRI

When Abigail was 19 months old, she took a ferry with her mother Gillian across the English Channel during a move from Germany to England. On board, she played with a Belgian toddler whose mother, a doctor, took notice of Abigail’s tight muscles and lack of language. (Gillian asked that we omit their last names to protect their privacy.)

“What syndrome does she have?” the doctor asked Gillian. Gillian didn’t know.

In the coming years, Abigail would receive diagnoses of autism and intellectual disability; she also has recurrent seizures. But it took 20 years to get an answer to the Belgian doctor’s question.

In 2013, Abigail’s doctor, Meena Balasubramanian, enrolled Abigail in Deciphering Developmental Disorders (DDD), a study in which researchers sequence an individual’s genes to find the cause...

Over the past year, this gene has emerged as a new autism candidate associated with a neurodevelopmental syndrome.

Finding the genetic cause for Abigail’s condition sparked Balasubramanian’s interest in the gene. She has since collected clinical information from six other people with these mutations, five of whom were identified through DDD. These participants share Abigail’s learning difficulties and seizures.

Together, Balasubramanian and another team have described 11 people with mutations in HNRNPU. Their findings suggest that mutations in this gene lead to a syndrome characterized by intellectual disability, seizures, distinctive facial features and, in some cases, autism. Another two studies that focused on the gene’s role in epilepsy detailed 14 people with HNRNPU mutations.

A fifth study found mutations in the gene in some of the cells from two people with autism.

“If you only saw one child, it wouldn’t strike a bell for you,” says Hsiao-Tuan Chao, a clinical child neurologist at Baylor College of Medicine in Houston, Texas, who has seen three children described in the second study. “But if you’re able to see 10 of them, I think we could then pick them all up.”

Balasubramanian, meanwhile, has identified 23 more people with mutations in HNRNPU since her study’s publication. She is also collaborating with clinicians in France and the United States who have identified others with the mutations.

These studies brought the gene to the attention of autism geneticists, including Evan Eichler and his colleagues at the University of Washington in Seattle. Eichler and his team have assembled sequencing data from more than 11,000 individuals with neurodevelopmental conditions. Earlier this year, they noticed that 11 of them have mutations in HNRNPU; 8 of these individuals were also identified by the DDD. Eichler’s team has since found three new individuals with mutations in the gene.

“What’s exciting is that it has come up very quickly, and so now that we have so many cases, it’s going to be exciting to see what [characteristics] really stick,” says Madelyn Gillentine, a senior research fellow in Eichler’s lab.

The next step for the field is to characterize the physical features associated with autism mutations, says Raphael Bernier, professor of psychiatry and behavioral sciences at the University of Washington. “We’re excited to do just that with HNRNPU,” he says.

Eichler’s team is also investigating how the mutations contribute to autism. HNRNPU is involved in processing the RNA messages that encode proteins; other genes in the same family may also be involved in autism, Gillentine says.

Of the 25 people with an HNRNPU mutation described in the published studies, 5 have a diagnosis of autism. Most of these people appear to have autism features, although not all have been formally assessed.

“My sense is, after talking to all the families and seeing all the kids, I think the majority are going to end up fitting the qualifications of autism,” Chao says. She and her colleagues plan to study mice with mutations in HNRNPU to better understand how these mutations lead to autism and the other traits.

For Gillian, knowing more about the syndrome has helped dispel worries that she might have done something to cause Abigail’s condition.

“You did sort of spend a good 20 years thinking: ‘That time I took the bin out in Germany and slipped on the ice, did I do anything to hurt her?’” she says. Now she knows, she says, that “there’s nothing we could have done; it’s just one of those things.”

Gillian says that since Abigail’s diagnosis, she has seen Facebook posts from other families whose children have HNRNPU mutations. Everyone’s experiences with the syndrome are vastly different. But looking at the photos of some of the children, Gillian says, she recognizes her daughter.

This article originally appeared on Spectrum. You can read it here.