Update (August 9, 2022): Science has retracted a 2014 paper that reported a strong connection between chemical cues and coral reef fish behavior after the University of Delaware informed the journal that some figures had been questioned and that the institution “no longer [has] confidence in the validity of the data,” Retraction Watch reports. Danielle Dixson, the paper’s first author, previously told the outlet that she “categorically” denies the allegations.

New experimental results refute a decade of research suggesting that increased ocean acidification—the process by which increasingly available atmospheric carbon dioxide is absorbed by the ocean, lowering its pH—alters the behavior of coral reef fish, researchers reported today in Nature. The researchers saw no significant difference in the animals’ behavior in several different laboratory-based tests in water with varying pH.

Many studies published over the last 10 years reported that when the pH of seawater in the lab goes down to levels that match future predictions, coral reef fish behave differently. Specifically, rather than avoid areas where chemical signals indicate a predator’s presence, the fish would gravitate toward these areas. Acidification also changes their activity levels and their preference for turning right or left to avoid an obstacle in their path.

“The initial results being published in this field were incredible from a biological perspective. The magnitude of the effect of ocean acidification (elevated CO2) on fish behaviour was huge,” Timothy Clark, a biologist at Deakin University and the lead author of the latest study, tells The Scientist in an email. “Yet there had been no attempt by independent research groups to replicate these profound findings. 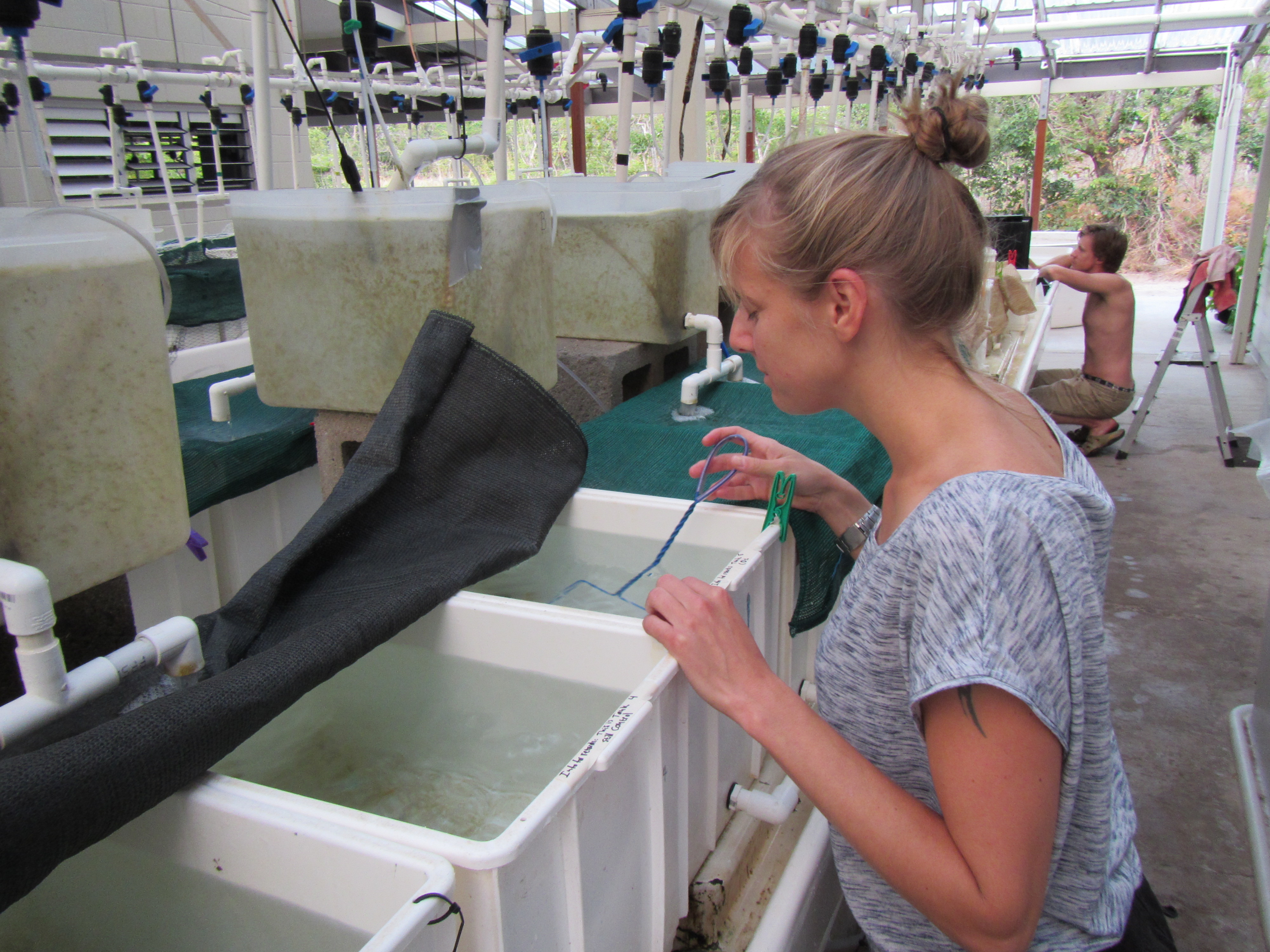 Co-author Josephine Sundin looks into an exposure tan on Lizard Island in Australia in 2014.
tim clark

So the team set out to replicate the findings and possibly investigate their physiological bases using more than 900 individual fish from six species over three years. The fish, which came from the northern portion of the Great Barrier Reef or an Australian aquarium, were acclimated to different levels of acidification for four days or more and then exposed to a behavioral cue—such as an obstacle to swim around or chemicals that signal that a predator is near.

The scientists didn’t record any substantial differences in the ways the fish responded to their environments based on altered pH and concluded that ocean acidification has negligible effects on the behavior of coral reef fish.

As a part of this project, the scientists published standardized methods for studying how fish respond to chemical cues in 2017. They say one of the main challenges of conducting the new experiments was a lack of consistent and effective methodology reported by previous groups. In an effort to emphasize transparency, the team filmed all of their behavioral observations.

“Replications are extremely important for the scientific process because they can unearth errors to help science progress down the correct path,” says Fredrik Jutfelt, a biologist at the Norwegian University of Science and Biology and an author of the study. He says his team hopes that the results will demonstrate that value to scientists and funding agencies. But Danielle Dixson, a biologist at the University of Delaware who worked on some of those previous studies, including one about predator cues, calls a comparison between the new study and prior research “inappropriate,” based on a number of methodological differences.

“It is not surprising that the experimental findings from Clark et al. differ from those we collected in the past, as a number of methodological changes were made,” says Dixson, explaining in an email that Clark’s team used fish at different life stages collected from different environments than those in previous studies. “Replication of science is important, and the findings of our early ocean acidification studies have been confirmed independently in other systems, both temperate and tropical, by other laboratory groups, testing a number of different species, both invertebrate and vertebrate.”

Given their results, Clark and his team are confident that acidification doesn’t affect coral reef fish behavior and do not plan to continue researching the question. “Nevertheless, if any readers are not convinced by our study then we would welcome collaborations so that other scientists can see the same results with their own eyes,” says Clark. “We believe that there are much greater threats facing coral reef fish, such as ocean warming, habitat destruction and pollution, and thus these factors deserve more of our research attention with a goal to conserve coral reefs and all the wildlife they support.”

Rachael Heuer, a postdoc studying acidification and fish physiology at the University of Miami, who has done recent work showing physiological and behavioral changes in fish in high-acid environments, says, “the conclusion that CO2 does not impact behavior in coral reef fishes is overextended and fails to provide a full picture of the field.” She emphasizes that behavioral effects of acidification have been reported by several research groups. “There is undoubtedly variation in behavioral responses to CO2, but I don’t believe these differences can be entirely attributed to methodology.”

Editor’s note (January 8): The images of the authors were added after the story was originally published.