President Donald Trump named Brett Kavanaugh as his nominee for the US Supreme Court on Monday night (July 9), following the retirement announcement of Justice Anthony Kennedy last month. A conservative with 12 years of experience in the District of Columbia Circuit Court, Kavanaugh has already attracted scrutiny for past decisions on scientific matters varying from environmental policy to drug regulation, as well as his well-publicized opposition to abortion rights.

“He is pretty consistently anti-environment on every front,” Bill Snape, a law professor at American University and senior counsel at the Center for Biological Diversity, tells BuzzFeed News. “I call him Lord Voldemort,” Snape adds. 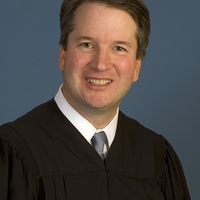 Brett Kavanaugh
WIKIMEDIA, us cOURT OF APPEALS FOR THE DISTRICT OF COLUMBIA CIRCUIT

Washington, D.C.–based nonprofit Earthjustice, which litigates environmental issues in the U.S., tweeted yesterday that the choice “jeopardizes people’s ability to rely on the courts to protect their health, safety, and...

Not everyone has been so critical. Richard Lazarus, a law professor at Harvard University, tells The New York Times that Kavanaugh’s track record on voting on environmental regulations has been mixed. “I can’t say environmental groups should be celebrating,” Lazarus says. But “I don’t think you can look at all these cases and say this is someone who is single-mindedly hostile toward environmental lawmaking.”

Kavanaugh has previously acknowledged humans’ role in climate change, telling The New York Times in 2016 during a dispute about regulations proposed by President Barack Obama, “the Earth is warming. Humans are contributing.” However, he has also fought against the courts deciding and implementing environmental policy, saying in that same interview that “if Congress does this they can account for the people who lose their jobs. If we do this, we can’t.”

In 2012, he was part of a panel that invalidated regulations implemented by the Environmental Protection Agency to curb air pollution, siding with power companies in ruling that the government agency had exceeded its “statutory authority.” (The decision was later reversed by the Supreme Court.)

Kavanaugh has sided more frequently with another government science agency, the US Food and Drug Administration (FDA), writing in 2013 about a dispute over medical-device approval between the agency and San Diego–based Cytori Therapeutics that “a court is ill-equipped to second-guess that kind of agency scientific judgement.”

STAT News reports that Kavanaugh was also part of an 8–2 majority on the D.C. Circuit Court in 2007 that sided with the FDA by upholding a lower court ruling blocking access for terminally ill patients to unapproved, experimental drugs. (That decision was bypassed when a version of the so-called “right-to-try” bill was signed by President Trump in May.)

Kavanaugh will now go through confirmation proceedings by the US Senate, where he will need a simple majority to join the Supreme Court.