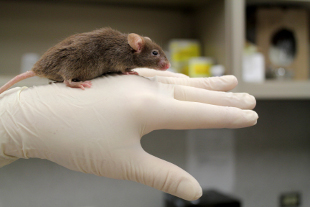 In male mice without Y chromosomes, two genes from other chromosomes are sufficient to reinstate the formation of sperm that can successfully fertilize an egg with assisted reproduction methods. The results, published today (January 28) in Science, suggest that these two genes and their Y chromosome counterparts may be functionally redundant.

This latest study, led by Monika Ward of the University of Hawaii and her colleagues, builds on the group’s 2014 study showing that restricting the Y chromosome’s functions to two genes, Sry and Eif2s3y, was sufficient to generate sperm that were functional with assisted reproduction methods.

The present study “helps us understand the mechanisms of fertility better,” said Richard Behringer of the MD Anderson Cancer Center who was not involved with the work. “In the first paper, they figured out . . . the minimum Y chromosome you need to...

These two genes are well-known male determinants in mice. Sry triggers the formation of testes early in life, and Eif2s3y later initiates spermatogenesis, enabling gametes to mature. To bypass the functions of these genes, Ward and her colleagues first turned to Sox9, the downstream target through which Sry exerts its effects.

The researchers expressed Sox9 as a transgene in XY mice that lacked endogenous Y-chromosome Sry but carried functional Eif, finding these animals developed as fertile males. The team then replaced Eif2s3y with Eif2s3x—its X chromosome homolog—in animals where Sry function had been replaced by transgenic Sox9. Lastly, the researchers expressed both the Sry and Eif2s3x transgenes in XO mice, which lack Y chromosomes entirely. The team then compared these transgenic mice to normal XY males, examining gene expression, testes development, and sperm production and maturation.

“We knew that manipulating Sox9 can make female XX mice develop as males,” Ward told The Scientist. “But in most previous studies, people were basically investigating testes development during early growth but not really looking at what happens in the testes of mature males at fertility.”

The researchers found that although the majority of XO mice with transgenic Sox9 and Eif2s3x had testicular defects and no germ cells, 13 of 48 animals (27 percent) developed round spermatids. These germ cells did not mature to form sperm with tails but, when injected into eggs, could successfully fertilize the female sex cells and result in embryos.

Overall, the results serve to support the team’s previous work, said Humphrey Hung-Chang Yao of the National Institute of Environmental Health Sciences who was not involved in the study. “The exception is that it seems the X-linked Eif2s3x gene is not as powerful as its Y-linked counterpart in its capacity to induce spermatogenesis,” he said. “That’s the major difference between the two findings.”

To Yao’s mind, precisely how the dosage effects are mediated remains unclear. Because the two genes are closely related in sequence, further studies to understand how RNA and protein levels are altered by transgenic expression are required.

According to Ward, additional studies of other ancestral pairs of X-Y gene homologs could help scientists determine whether such genes perform similar roles or even substitute for one another.

“It’s interesting to consider, from an evolutionary standpoint, because the current theory is that the Y chromosome genes are degenerating and the X chromosome compensates for it,” said Ward. “But for this particular gene pair, the Y homolog is the strong one.”