Compared to the general population, as well as to medical school faculty or practicing physicians, Black and Hispanic/Latinx individuals are underrepresented at top-tier scientific and medical journals, according to a study published in JAMA Internal Medicine June 11. White individuals accounted for more than 75 percent of editors in the survey and Asian individuals for another 15 percent.

Overall, more work clearly needs to be done to establish an inclusive environment for sexual and gender minorities in medicine and science; this applies for journals as well.

Salazar responded to questions from The Scientist over email about why he did the study and what he sees as its main takeaways.

The Scientist: What motivated you to undertake this survey? 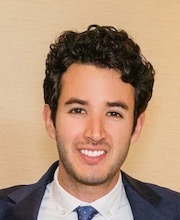 James Salazar: The survey was motivated by my experiences as a Latino Editorial Fellow at JAMA Internal Medicine (IM). The JAMA IM Editorial Fellowship is a unique 2-year opportunity that allows UCSF Medicine resident physicians to function as junior editors participating in the review, development, and selection of manuscripts. My appointment as an Editorial Fellow from July 2019–June 2021 has spanned a singular time in America with the COVID-19 Pandemic and racial reckoning that followed the police killings of George Floyd, Breonna Taylor, and so many more Black individuals. I was proud to be a part of the editorial work being done at JAMA IM in response to the pandemic and healthcare disparities. However, just as with the remainder of the biomedical research and healthcare community, I knew there was much work to be done in acknowledging and addressing the roles of journals in structural racism. To me, a natural start would be to quantify the lack of racial and ethnic diversity among decision-making editors at leading journals that was readily apparent in my own experience as a minority at JAMA IM; a topic which I found minimal published data on.

TS: What do you make of the findings?

JS: In terms of my original motivation to lead the study, I was not surprised to find that so few racial and ethnic minorities were Editors, but it was validating to a) quantify the extent that this was the case . . . and b) demonstrate the pervasiveness across a sample of 25 leading medical and scientific journals. . . . Overall, more work clearly needs to be done to establish an inclusive environment for sexual and gender minorities in medicine and science; this applies for journals as well.

TS: How might this lack of diversity affect the scientific community?

JS: First, since there are limited data like these on the lack of diversity among editors, I’ll say that the impact of this lack of diversity is largely a data-free zone, but we can speculate. We have learned in so many other contexts that diverse representation among our leaders is essential to the pursuit of equity, excellence, and innovation. As editors select and develop the research and opinion articles that get published, a lack of diversity may cause inequities in the type of research and viewpoints that are published and who gets published. This, of course, has consequences for the scientists submitting to these journals, and farther reaching implications for policy, patient care, and scientific progress, at large.

TS: How do you think journals can increase the diversity of their editorial staff?

JS: It’s important to emphasize that our study found a lack of diversity despite the presence of widespread stated commitments to promote diversity among these journals. So, it is not enough for a journal simply to say that it is committed to diversity. Words need to be backed by action. There needs to be a transparent, thoughtful plan for action and pre-specified mechanisms for accountability. The plan for action should be informed and led by experts in diversity, equity, and inclusion, and incorporate and be informed by minority individuals, without burdening them with the execution of the plan. Accountability should involve a formalized assessment of diversity and a form of internal and public reporting. We hope these data can serve as a baseline accounting of where we’re starting. Our hope is that when this survey is repeated in a few years, these numbers will reflect the progress that is much needed and cannot be deferred any longer.

TS: Is there anything else you’d like to add?

JS: As reflected in our survey response rate (56%) this was a very challenging population to access. I think this is a large reason why this study hasn’t been done before. In lieu of being able to query the editors directly, others have tried to hold journals accountable by ascribing the identity of editors or other leadership positions in the scientific community by the application of algorithms or personal review of names, photographs, or profiles. Though well-intentioned, these efforts are highly flawed—a person’s social identity is theirs alone and should only be obtained via self-report and their permission. Ultimately, these journals, themselves, may be best positioned to assess and report these data moving forward—I sincerely hope that they do.