Stem cell therapies have long been a thorn in the side of the scientific, medical, and regulatory communities because they offer unproven treatments while claiming to not be subject to oversight by the US Food and Drug Administration. A federal court ruling just last month may give the agency more power stop providers from hawking these products, but an important piece of the puzzle is understanding this dynamic marketplace.

TS: What motivated you to do this study?

Brafman: About four years ago, in early 2015, I decided to move my lab from UCSD to ASU, and one of the first things I did when considering moving the lab, as anyone would do, I typed into Google: stem cells Arizona, because my research is stem cell related. Instead of a bunch of academics popping up or research groups popping up, what kept on popping up over and over again were these businesses that were offering these unproven, for-profit treatments.

I was aware of the existence of these stem cell clinics. . . . What I did not realize was the extent to which they existed in US, the extent to which they existed in particular in the Phoenix metropolitan area. So of course that concerned me. I was concerned about patients making uninformed medical decisions, potentially putting themselves at risk. I was concerned about the broader stem cell research community and the implications that these stem cell businesses could have on that community, especially if some of these therapies or claimed therapies that these clinics were offering hurt patients, both in terms of their health and financially.

So shortly after arriving here I sent out email to the faculty, just making them aware of the existence of these clinics. . . . Emma approached me, with an idea to take a more scientific and policy look at these clinics.

TS: So tell me what you found. 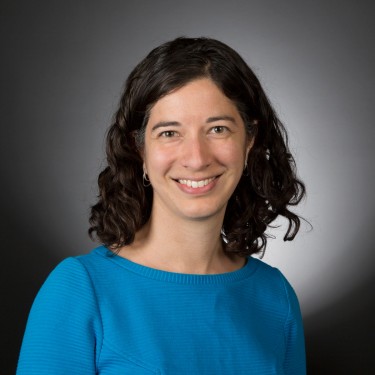 Frow: I think a couple of the things that we really came away with was a sense of real diversity in this marketplace. Maybe 25 percent of the businesses that we looked at focus only on stem cells, but the other 75 percent are offering stem cells as one of some treatments or one among many possible treatments.

And then another finding that we got quite interested in was looking at the expertise of the care providers that are practicing in what we’re calling these sole-focused clinics. . . . There’s a trend—we haven’t done statistical analysis on it—but there’s a trend for practitioners in certain specialties [orthopedics and sports medicine] to restrict their stem cell treatment to conditions that fall within their specialty and then there’s certain medical professions that seem to treat conditions that would at least at first glance fall well outside their realm of specialty, with stem cells.

I think that there’s some things that we identified that are of significant concern. That there’s a large number of clinics that seem to offer a magic bullet type of approach, that they can treat every condition under the sun. There’s some clinics where the expertise, as Emma noted, that the expertise of the physician doesn’t match up with what they’re claiming to treat. You have plastic surgeons claiming to treat pulmonary conditions, for example.

TS: That’s a nice segue to my last question, which is about regulation and what, from your perspective, needs to be done.

Frow: I think this is an issue that’s on [FDA’s] radar. They’ve been working hard to revise their guidances over the past few years, and over the next 18 months or so we should see their new advice come into effect and be more enforceable.

One of the things that I would say, in addition to work that the FDA is already doing, is I think really drawing attention to the role that state medical boards might have in this, particularly with what we were finding around the possibility that doctors or care providers might be treating outside their area of medical expertise. So things that are not under the purview of FDA, really looking at medical practices.

And then also making patients aware of other routes they can pursue. For example, getting the Federal Trade Commission to scrutinize the advertising claims that are being made by clinics. Or helping patients who have had stem cell treatments understand the different recourses to action they have if they feel that their treatment didn’t work as described or potentially caused harm and so on. So for me there are multiple different players that we can really start to enroll in the regulatory process, in addition to FDA.

Brafman: For a long time the FDA, for whatever reason, maybe they were trying to get a handle on the problem, they were not silent but not as public with how they were thinking about regulating these businesses. And they were trying to treat the entire industry with a broad brush. And I think now they’ve taken the approach where, as I said, there needs to be more nuance.

And also understanding the frustrations of the patients, I think that a lot of these if not the majority of these patients are approaching these clinics as a last ditch attempt or last alternative. They’ve tried every traditional medical intervention and nothing has worked so this is their last hope. And understanding that from a regulatory perspective, that they [the FDA] need to accelerate the rate at which “legitimate” therapies are passing through clinical trials.