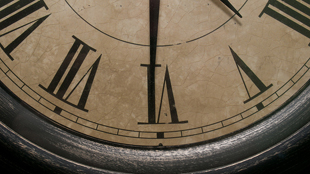 Many organisms exhibit circadian rhythms—internal biological clocks that regulate daily changes in metabolism, physiology, and behavior. But from fungus to fruit flies to humans, no common clock genes or proteins had been identified among species. Now, for the first time, researchers have identified a metabolic protein active in the circadian rhythms of bacteria, archaea, and eukaryotes.

The finding, published online today (May 16) in Nature, suggests that, contrary to prior belief, circadian clocks may share a common ancestry. Additionally, since the cyclical changes occur in a metabolic protein that cleans up reactive oxygen species, the authors propose that sensing and responding to the accumulation of oxygen in the atmosphere 2.5 billion years ago could have driven the evolution of circadian rhythms.

“What’s powerful is that it suggests that somehow all these organisms have circadian rhythms of their metabolism that weren’t obvious before,” said P. Andrew Karplus...

For the last 20 years, researchers, studying primarily Drosophila, have identified numerous genes and proteins that fit a common model: a transcriptional-translational feedback loop, whereby genes are transcribed then translated into proteins, which accumulate until they reach a threshold that triggers transcription to shut off, all occurring in approximately 24-hour cycles. This model had become the basis of circadian rhythm research.

But last year, Akhilesh Reddy and colleagues at the University of Cambridge in the United Kingdom demonstrated that at least one component of the circadian clock machinery is not involved in transcription—a family of antioxidants called peroxiredoxin proteins, which mop up excess hydrogen peroxide in the cell in 24-hour oxidation-reduction cycles linked to metabolism. Reddy’s team found that the proteins, which are found in virtually every organism, exhibit circadian oscillations in human, mice, and marine algae cells.

“We seemed to have found that these [eukaryotic] organisms had these rhythms, so we decided to look further into bacteria and archaea,” said Reddy. In the most recent study, his team examined peroxiredoxin oxidation rhythms in Synechococcus elongatus, a freshwater cyanobacteria, and Halobacterium salinarum, a marine aerobic archaeon. Each organism was kept at constant light and temperature for 48 to 72 hours, during which time the researchers periodically took samples to see whether the peroxiredoxins were oxidized or not. Sure enough, in both species, the proteins showed robust oxidation oscillations that followed a 24-hour cycle. The team also examined the link between previously identified clock mechanisms and peroxiredoxin, and found that when known clock genes are mutated in Drosophila and Arabidopsis, peroxiredoxin cycles continue uninterrupted. This suggests that both components—traditional transcription-translation loop factors and peroxiredoxin—work independently to generate the circadian rhythms of an organism.

Because no shared clock mechanisms had previously been identified among different domains of life, scientists proposed that circadian rhythms evolved independently multiple times. “But why reinvent the wheel that many times? It just didn’t make any sense,” said Reddy. He had long suspected that circadian rhythms may share a common molecular origin, and the fact that all three domains of life share peroxiredoxin cycles supports this idea. For example, circadian rhythms may have evolved as cells adapted to early environmental cycles of energy supply (sunlight) and the subsequent cycles of oxidative stress.

But the evolution evidence is not convincing, said Karplus. “The peroxiredoxin proteins do not appear to be driving anything or presumably interacting with the clock proteins,” he said. “They just happen to be there as a readout of metabolic activity.”

The findings may also have more practical applications, he added. In the future, researchers may be able to target peroxiredoxins using small molecules to disrupt the circadian rhythms of pathogenic bacteria, for example, or to enhance the rhythms of crop plants to help them grow more efficiently.