People with phenylketonuria have to stick to strict diets to prevent the toxic buildup of phenylalanine, a key constituent of proteins, which otherwise can lead to severe neurological and cognitive impairments.

Researchers at Synlogic, a Massachusetts-based biotech, now report that a bacterium genetically modified to remove phenylalanine (Phe) from the blood shows promise in preclinical trials. The study, published this week (August 13) in Nature Biotechnology, reveals that the probiotic can significantly lower Phe levels in both mouse models of phenylketonuria (PKU) and in healthy monkeys.

The treatment, dubbed SYNB1618, is a reprogrammed version of a widely used probiotic, Escherichia coli Nissle. In rodent models of PKU, SYNB1618 taken orally after an injection of Phe decreased the levels of the amino acid by 38 percent compared to untreated animals.

The US Food and Drug Administration (FDA)  awarded Synlogic a fast-track designation for SYNB1618 this April, and researchers are currently testing the treatment in a Phase 1/2a clinical trial among adults with PKU.

Aoife Brennan, the interim CEO of Synlogic, told The Scientist in May that the company sees treatment with SYNB1618 as a two-step process. “The first step is to get patients’ blood phenylalanine under control,” she said. “The next step is to relax the diet, and the hope is that with this product, patients who are in control will be able to add natural protein into their diet.”

“I think there’s a lot of interest in general in the microbiome, and so we’re really excited about the possibly of a genetically modified probiotic to treat PKU,” Christine Brown, executive director of the National PKU Alliance (NPKUA), a nonprofit patient advocacy group, told The Scientist earlier this year.

Other biotechs are also developing new ways to treat PKU. For example, earlier this year, the FDA approved BioMarin’s pegvaliase (Palynziq), a substitution for phenylalanine hydroxylase (PAH), an enzyme that metabolizes Phe. Pharmaceutical companies, such as the rare-disease focused Ultragenyx, are working on ways to replace PAH using gene therapy.

Synlogic is currently developing bacteria-based drugs for a number of conditions, including other inborn errors of metabolism, such as urea cycle disorder. Brennan tells the Boston Business Journal that the latest preclinical data validate the company’s platform for other applications. “The results were not only exciting internally, but also among researchers,” Brennan says. “This is a platform that has really broad applicability. We’re already getting suggestions of ways from scientists and people in the industry of ways we can use our platform.” 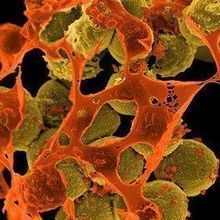 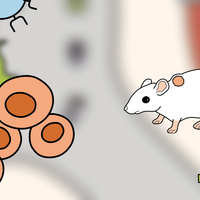