On Wednesday and Thursday (August 15 and August 16), more than 85 people in New Haven, Connecticut, overdosed on synthetic cannabinoids. In Washington, DC, last month, more than 300 people overdosed on the drugs, commonly called K2 or Spice, with similar cases reported in Baltimore, Brooklyn, and Los Angeles. In 2016, California Governor Jerry Brown banned possession of the synthetic drugs in his state, and in 2015, Mayor Bill de Blasio made it illegal to sell them in the boroughs of New York City. Still, such legislation hasn’t mitigated the overdoses in New York and other areas. 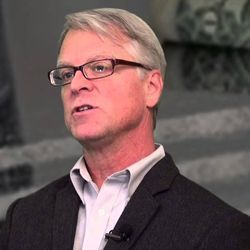 Michael Baumann, a pharmacologist at the National Institute on Drug Abuse who has been studying the effects of synthetic cannabinoids in animal models, tells The Scientist that part of the problem is that K2, Spice, and similar drugs are often referred to as fake marijuana, which can entice...

Here, The Scientist talks with Baumann about synthetic cannabinoids’ activity in the body and the brain, how the drugs originated as basic neuroscience tools to study the endocannabinoid system, and what makes users prone to overdose.

The Scientist: What are synthetic cannabinoids, and how do they work pharmacologically?

Baumann: K2, Spice, and similar products usually consist of an inert plant material that’s laced with synthetic chemicals, and those chemicals stimulate cannabinoid receptors in the brain. The receptors are known as cannabinoid-1, CB1, receptors. THC, the active ingredient of marijuana, also exerts its effects by that same set of receptors. But it’s important to note that synthetic cannabinoids are completely different in chemical structure compared with THC, and they’re much more potent than THC, so they have stronger effects.

TS: If synthetic cannabinoids are more potent than THC, are they safe to use?

Baumann: We have a lot of clinical observational studies now from cases that have come into emergency departments showing synthetic cannabinoids have a much greater propensity to cause adverse effects than THC. The adverse effects include vomiting, hypertension, hallucinations, psychotic episodes, seizures, coma, and there’s even been deaths. However, the biological effects of most of these chemicals have not been studied in humans or animals, so we don’t know their effects on the body. There’s no quality control in the preparation and packaging of the products, so overall, I would say they’re definitely not safe.

TS: In many of these overdose cases, the synthetic cannabinoids have been laced with other chemicals, such as brodifacoum, a rodenticide, or fentanyl, an opioid. Why create such chemical combinations?

Baumann: It’s an excellent question, and I don’t know the answer, but it does seem hard to imagine why drug dealers would poison their customers, right?

TS: Could it increase the high experienced from the drugs?

The synthetic cannabinoids were used as tools to examine the endocannabinoid system. . . . But what’s happened now is that these compounds have been hijacked.

Baumann: In the case of brodifacoum, no, it definitely did not. People were bleeding from the eyes and the nose, and they weren’t getting any higher. Now, with the opioids, you would get an opioid high in combination with the cannabinoid high. But for the user, they’re unaware of this exposure. They don't know this is happening. They don’t know this is going to happen, and they’re not expecting it when they take this product. So, if they wanted opioids, they would seek those out, right?

TS: In these devastating overdose cases, is it the combination of the different compounds in the products that is deadly, or is it actually the K2 or the Spice itself, or could it be both?

Baumann: Again, that’s a really good question. It’s hard to answer, but I think both are probable. The added substances can elicit adverse effects on their own. We know that brodifacoum induces severe bleeding by itself. We know fentanyl induces respiratory depression that can lead to death by itself. So both of these additives are extremely dangerous.

But the important thing to note is that there’s the risk that the combined effects of the cannabinoids and the added chemicals will be worse than either drug alone. That’s always a risk when you combine two powerful psychoactive substances. But really, scientific data to back that up in these cases are few and far between.

TS: What antidotes are being developed to counteract these overdoses?

Baumann: We already have antidotes for cannabinoids and for opioids. For example, Rimonabant, or Acomplia, was once clinically available [as an anti-obesity drug] in Europe. It was taken off the market. But it’s an antidote that can reverse the effects of THC and synthetic cannabinoids. Naloxone or Narcan is an FDA-approved antidote to reverse the effects of opioid overdose.

So we do have antidotes. But here’s the significant challenge . . . for first-responders and medical personnel in the field, many times, they can’t give a targeted intervention with a specific antidote because they don’t know what drug or drug combinations have been ingested. Instead, clinicians are treating symptoms as they arise. If somebody has a high temperature, they’re doing cooling. If somebody is psychotic, they give benzodiazepines to calm them.

TS: Do K2, Spice, and other synthetic cannabinoids have any use in neuroscience or clinical research?

Baumann: They do. This is why the compounds were first identified. The synthetic cannabinoids were used as tools to examine the endocannabinoid system, the system of cannabinoid compounds and their associated receptors in our bodies and in our brains, which is absolutely necessary for normal brain function. Synthetic cannabinoids were really important in identifying the receptors, characterizing the receptors, giving us information about how the endocannabinoid system works. But what’s happened now is that these compounds have been hijacked. The biomedical literature has been hijacked by unscrupulous vendors who are selling these compounds for recreational purposes, and that was never the reason why these things were identified initially.

TS: Why were synthetic cannabinoids initially developed for research?

Baumann: These substances were actually made because THC itself is such a weak agonist at the CB1 receptor, so it becomes difficult to use to activate CB1 receptors in a laboratory setting. It is so weak that scientists wanted to get other compounds that would activate the receptors more strongly, more potently, so that they could learn more about them.

TS: Do synthetic cannabinoids act on any receptors in the body and brain other than CB1?

Baumann: We don't know whether or not these chemicals hit other receptor sites. This is another critical question that, at this time, is not known because most of these substances, once they’re identified, are made illegal by the Drug Enforcement Agency. Once they become illegal, you can’t send them off to be tested on different receptors, and you can’t test them in animals unless you have a particular license. So we really don’t know that much about the biology and the biological effects of most of these chemicals.

Editor’s note: The interview has been edited for brevity.