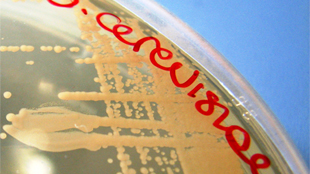 The team heavily edited its synthetic chromosome, altering around one-sixth of its base pairs with additions, deletions, and replacements. Despite these changes, yeast cells that carried the designer chromosome—known as SynIII—were indistinguishable from those with the normal version.

The team also built in the ability to edit SynIII even further. “Down the road, this will allow us to generate millions of variant daughter genomes, and screen them for interesting properties,” said Jef Boeke from New York University Langone Medical Center, one of the project’s leaders.

This discovery, described today (March 27) in Science, “is a landmark in synthetic biology,” said Tom Ellis from Imperial College London, who...

At first, Boeke said, he and Srinivasan Chandrasegaran from Johns Hopkins Bloomberg School of Public Health were drawn to the project for “the Mount Everest reason: it’s there and you should do it.” Eventually, they realized that they could tinker with the synthetic chromosomes to study some basic aspects of genome evolution, like determining the minimum number of genes needed to make a working yeast, or identifying combinations of genes whose loss is catastrophic.

The researchers began going over the third chromosome of S. cerevisiae, and changing 50,000 base pairs out of some 317,000. They deleted regions containing jumping genes, changed sequences to make the synthetic chromosome easier to build, and added sequences that would later allow them to randomly cut out individual genes.

A team of undergraduate students then used this design to build SynIII by first synthesizing small building blocks, and gradually knitting them together into larger chunks. “It was a massive educational experience for them,” said Boeke. “They weren’t just repeating experiments that people had done hundreds of times before. They were doing something brand-new.”

Other teams have synthesized much larger stretches of DNA before. For example, in 2010, scientists from the J. Craig Venter Institute built the entire genome of a bacterium, Mycoplasma mycoides, which was at least three times larger than SynIII. But except for some small tweaks, this synthetic bacterial genome was almost identical to the natural one. By contrast, SynIII is substantially different from its wild counterpart.

“I’m interested in how flexible genomes are and how much punishment they can take,” said Boeke. Despite its altered nature, SynIII worked perfectly well in yeast cells, which grew just as well as wild strains in a wide range of conditions.

“This is significant as an example of synthetic genomics [moving] beyond making copies of chromosomes to making significant functional changes,” said George Church from Harvard University, in an e-mail to The Scientist. But, he added, “the impacts—good and bad—typically do not become significant until these strategies are applied genome-wide, and this paper represents roughly 2.5 percent of the yeast genome.”

Boeke’s team is now ready to make even more aggressive changes, by using a technique called “SCRaMbLE”(synthetic chromosome rearrangement and modification by loxP-mediated evolution) to cut out random sets of genes from their synthetic chromosome. This will help the researchers study the interactions between the various genes, and perhaps to produce yeast strains with special abilities, like making antibiotics more efficiently, brewing alcohol, or producing biofuels.

Meanwhile, Boeke, Chandrasegaran and other groups around the world have divvied up S. cerevisiae’s 15 other chromosomes, and are hard at work synthesizing the yeast’s entire genome.