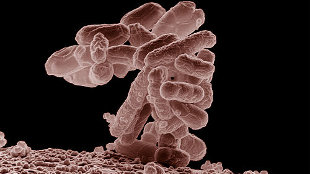 One goal of synthetic biology is to design organisms that generate biomedically-, agriculturally-, or industrially-useful proteins, often incorporating novel amino acids into their sequences—a process that has thus far proven slow and difficult.

Now, researchers have demonstrated a first step toward a rapid, cheap, and automated way to allow the addition of a new amino acid to the cellular alphabet, successfully replacing a three-nucleotide stop codon throughout the  E. coli genome, according to a study published today (July 14) in Science.

The new technique is “pretty impressive because it changes the types of things we can do with genomes,” said Adam Arkin, the director of the Synthetic Biology Institute at the University of California, Berkeley, who was not involved in the study. The findings are an important step on the road to creating virus-resistant organisms for biofuels, or pharmaceuticals that incorporate designer amino acids that...

In 2009, Harvard geneticist George Church and his colleagues developed a technique that automatically creates insertions, deletions, and mismatches in the genome, accelerating directed evolution and genome modification. “In a day, you can generate a billion genomes,” Church said. The technique allowed the group to rapidly optimize a pathway for the synthesis of a food coloring agent in E. coli.

Working with dozens of E. coli strains in parallel, Church and his colleagues set out to replace all 314 TAG stop codons in the E. coli with an alternative three-nucleotide sequence (TAA) that still stops transcription. Critically, eliminating the TAG codon removes the need for a TAG-associated signaling factor that binds to the mRNA complement of the codon to release freshly assembled proteins from the ribosome. Taking TAG out of the picture means that release factor will not compete with  synthetic amino acids using the same codon, making the process of coding synthetic amino acids four times more efficient, Church said.

The swap is the first step towards using the TAG codon to encode a novel amino acid, which can then be transcribed and translated into designed proteins—bringing the field a step closer to creating partially synthetic organisms, Arkin said.

And that application “may be just the tip of the iceberg,” added Julius Lucks, a synthetic biologist at Cornell University who was not involved in the study. “As this becomes mainstream, we’ll probably be able to ask questions we’ve never even thought of before.” 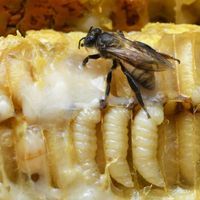