If it walks like a duck and talks like a person, it’s probably a musk duck (Biziura lobata)—the only waterfowl species known that can learn sounds from other species. The Australian species’ facility for vocal learning had been mentioned anecdotally in the ornithological literature; now, a paper published September 6 in Philosophical Transactions of the Royal Society B reviews and discusses the evidence, which includes 34-year-old recordings made of a human-reared musk duck named Ripper engaging in an aggressive display while quacking “you bloody fool.”

The Scientist spoke with the lead author on the paper, Leiden University animal behavior researcher Carel ten Cate, to learn more about these unique ducks and what their unexpected ability reveals about the evolution of vocal learning.

The Scientist: What is vocal learning? 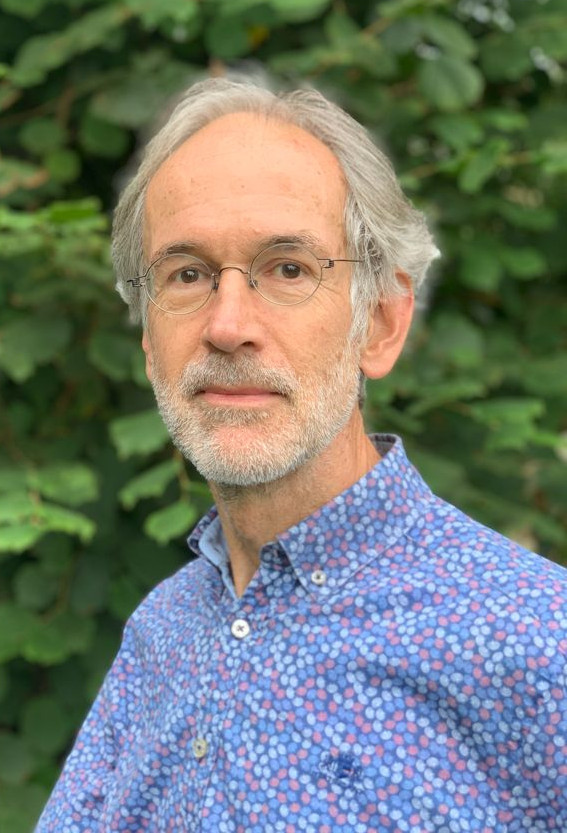 Carel ten Cate: Vocal learning, as it is used in this case, is that animals and humans, they learn their sounds from experience. So they learn from what they hear around them, which will usually be the parents, but it can also be other individuals. And if they don’t get that sort of exposure, then they will be unable to produce species-specific vocalizations, or in the human case, speech sounds and proper spoken language.

TS:  What drew you to studying vocal learning?

CtC: I’m interested in communication by sound by birds. That has been a major topic in my research over the years, and that also included how do sounds develop. There are bird groups in which sounds—vocalizations—develop without much experience, like pigeons, for instance. Also, ducks and geese are usually considered not to be [vocal] learners, in contrast to songbirds. In songbirds, there is clear evidence for many species that, if they don’t have experience at an early age, they don’t sing proper species-specific songs. I’m interested in why [there is] this difference, and what’s the advantage of learning your vocalizations, as opposed to developing them without any impact of learning.

TS:  What can comparative studies of vocal learning in different animals teach us?

CtC: An important reason to study that has to do with the fact that we are vocal learners. But among primates, and great apes, we are the only species who are vocal learners. In other great apes, they don’t need experience to develop vocalizations. . . . It’s quite a special feature of us. In order to understand why that might have evolved, and how that might have evolved, you need comparative studies on other animal species where you can make this contrast between learners and nonlearners.

TS:  That brings us to musk ducks and Ripper. When did you first learn about Ripper?

CtC: I’ve been doing a review on vocal learning in birds—of the type I just discussed, but also in some bird species, there’s evidence that they may modify existing vocalizations by reinforcement. . . . So I was working on the review and reading up all I could find about vocal development in birds of any kind. And then, in a book chapter, someone mentioned, well, there is a report about a duck imitating vocalizations. That triggered me because that would be highly unexpected. So then I started to trace the reference for that. Through a whole series of various steps and computations, I managed to find the source of that reference. And it turned out that the recordings related to that reference were actually in an Australian sound archive. I got in touch with them, and after a long exchange, they managed to send me some of these recordings.

TS:  What went through your head when you first heard those recordings?

When I first heard and saw the report of it imitating a human voice, it also mentioned that the duck imitated ‘you bloody fool.’ I thought: is this a hoax?

CtC: I was amazed. I was really amazed. When I first heard and saw the report of it imitating a human voice, it also mentioned that the duck imitated ‘you bloody fool.’ I thought: is this a hoax? I couldn’t believe it. It would be—it is—so unexpected from a species from this group, which is considered quite primitive. . . . Vocal learning is considered quite an advanced trait, and that it would be present in any representative of these groups—yeah, I couldn’t believe it.

That’s also why I went out of my way to get hold of these recordings before I dared to contact the guy who made them, because I wanted to be convinced myself that it was a genuine imitation. I was really flabbergasted.

The recordings were very convincing. And I discovered that the man who made these recordings was actually still alive and around. . . . And he, then, was capable of telling me from his own experience, but also from people whom he contacted who had been involved in the rearing of this duck at the time, how it was raised. And yeah, the story of Ripper then unfolded.

TS:  What is Ripper’s story?

CtC: He was hand-raised in an Australian bird park where they were breeding waterfowl. . . . He was bred from the egg and hand-reared. Now, the interesting thing about this duck species is the ducklings are dependent on parental feeding—or maternal feeding, rather—which is quite exceptional among ducks and geese, because [most other ducks and geese] are precocious—they are, to a large extent, independent and not fed by their parents, not in a direct way.

So there was a caretaker who was feeding this duck, and looking after it, and so on, and that probably gave rise to an intense bond between the duck and this caretaker. That might have made this duck imitate the sounds it heard around it, when it was still in a duckling phase and a bit older.

The potential for vocal learning, apparently, is there in the species, but it’s only by being exposed to a very unusual sound environment that it revealed itself. I mean, normally, [the duck] would be raised in the context of conspecifics. And there are reports that in the wild, there is some . . . local variation in the natural sound it makes. But it’s very limited geographic variation, which you’ll find in many species, but that it’s due to learning—that was quite unexpected.

TS:  Do you think that there are other waterfowl, or other birds in groups that are not traditionally considered to have vocal learning, that might have the ability—we’ve just never had the opportunity to see it?

Now, there’s of course a very long history of keeping various duck species and geese species in captivity. I mean, you think of Konrad Lorenz, the Nobel Prize winner, well, at home he had many ducks and geese, many species, and never noticed any vocal learning. There are also no reports from other people who have been keeping ducks and geese that there is vocal learning involved in their development of their vocalizations. It might be that there are other species in that group doing it, and those might be species who have never been examined—not all ducks and geese have, of course, been examined in great detail. It was a bit of a chance event, I think, that this occurred.

On the other hand, it is a duck which is quite deviating in several characteristics from other duck and geese species. I was mentioning the dependence on the parental feeding, which is quite exceptional. They have small broods in comparison to other duck species. They also have a very special social system, and breeding system, which is different from most other species. This all makes it quite a special species. It might be interesting to look at the closest relatives of this species. Interestingly enough, it’s not quite well-known what the closest relatives are. . . . Its taxonomic position hasn’t been fully determined.

It would be very interesting to see what’s going on in the brain—what is the neural architecture which in this case enables vocal learning.

Now, for whether it might occur in other groups: it’s quite interesting that in mammals, you have the same issue. For instance, for pinnipeds—seals and sea lions—there you also don’t find this imitation in the field. Or it had never been noticed, until there was an observation of a harbor seal which was hand-reared. Hoover is the name. . . . It had been hand-raised by an American fisherman, and when it became sexually mature, it started to produce human speech sounds very much like Ripper. There is also a case of an elephant, Kaushik, who was actually reared in the zoo, and imitated Korean sounds from its Korean keeper.

See “What Bat Quarrels Tell Us About Vocal Learning”

These are really exceptional cases of animals from groups where no one expected any vocal learning, because in the field, the vocalizations are all standard, species-specific. But when individuals were reared in very deviating conditions, that revealed that in reality, they had the capacity for vocal learning. So it could be that there are other groups around where the same might be occurring. It requires probably quite special conditions of being reared: apart from conspecifics, close social interaction [with other species], and possibly also some life history traits . . . like a long lifespan, very intense parent-offspring interactions, and things like that.

TS:  What work would you like to see done on musk ducks?

CtC: Although it’s clear that it is a vocal learner, and we know that the sounds are being imitated at an early age, much isn’t clear: whether they have a sensitive phase for vocal learning, and if so, how long does it extend into their life. What exactly are the factors which do promote it? We also know nothing about how it is operating in the brain.

When you’re looking at the brains of vocal learners such as parrots and songbirds, and also hummingbirds, they have a special circuitry in the brain devoted to vocal learning, which shows similarities among these different species. But the nuclei in the brain [that] are evolved to focus on learning in these species, are, as far as I know, not present—or, if they are, [they’re] very underdeveloped or different—in duck and geese species. So it would be very interesting to see what’s going on in the brain—what is the neural architecture which in this case enables vocal learning. That may also tell us something about what options animals in general have for evolving these sort of abilities and whether there are different ways to arrive at the same endpoint.

Unfortunately, there’s also probably a reason why this species, or this case, hasn’t been examined. It’s a species which only occurs in Australia. . . . It’s a very hard one to keep in captivity in general. . . . So it’s not an easy species to continue with this type of research.