T here may be dehydrated life on the moon. In April, a lunar lander carrying tiny and exceptionally hardy animals called tardigrades crashed into the moon. Now, mission control experts are trying to determine if the tardigrades survived the impact.

“We believe the chances of survival for the tardigrades . . . are extremely high,” Nova Spivack, founder of the Arch Mission Foundation, which provided the tardigrades for the lander, tells BBC. That’s because tardigrades can survive in extreme environments, including high pressure, extreme radiation, and even space.

The tiny animals were dehydrated and stored in resin or stuck on tape and packaged in a “lunar library,” a small container filled with a microscopic archive of human history, human DNA, and the tardigrades. The goal of sending the material to moon was to store a “back-up” of human knowledge and Earth’s biology in case a life-ending event befell the planet. The back-up was to sit on the moon within Beresheet, a privately funded Israeli lunar lander. But the crash might have sprayed its payload across the surface of the moon—at least that’s what it looks likes from footage of before and after the impact.

The dehydrated tardigrades are probably still alive, Philippe Reekie, an astrobiologist and PhD student at the University of Edinburgh not involved with the mission, tells The Guardian. “I would imagine they would survive for some time,” he says. “The main problem with the moon is the vacuum and the high radiation, but tardigrades are proven to survive those conditions.”

Because the tardigrades are dehydrated, they are in a dormant state. That means if they made it, they are in a tiny ball, with their heads and legs retracted inward and their metabolism at 0.01 percent of their normal rate, BBC reports. It’s not likely they’ll colonize the moon like that; they’d need water to reanimate. But “what it means is the so-called ‘pristine environment’ of the moon has been broken,” Monica Grady, a professor of planetary and space sciences at Open University in the UK, tells BBC. (It was broken before when Apollo astronauts set foot on the moon, with their microbes, and also when they left 100 bags of feces there).

Spacecraft are supposed to abide by the Outer Space Treaty, meaning they won’t contaminate their environment. “I don’t think anybody would have got permission to distribute dehydrated tardigrades over the surface of the moon,” Grady says. “So it’s not a good thing.”

NASA’s Office of Planetary Protection, however, isn’t super stringent when it comes to spewing DNA and microbes on places thought to be void of any other types of life, such as the moon, compared with doing the same on places that might have their own native microorganisms, such as Mars or Enceladus, according to Wired. The Arch Mission Foundation probably won’t be sending Earth back-ups to those places any time soon but it does plan to launch future missions to the moon with more DNA and other material.

“Our job, as the hard backup of this planet, is to make sure that we protect our heritage—both our knowledge and our biology,” Spivack tells Wired. “We have to sort of plan for the worst.” 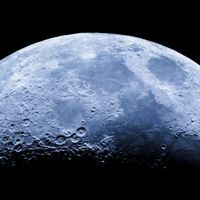 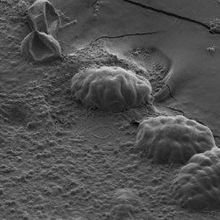 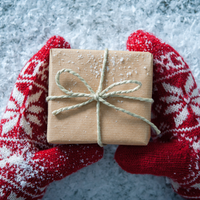