Researchers have found a link between RNA splicing alterations and tau-mediated neurodegeneration in Alzheimer’s disease. The study, published today (October 8) in Cell Reports, examined both post-mortem human brain tissue and the overproduction of tau in fruit flies.

RNA splicing is a mechanism of processing transcripts so they can be translated into proteins. It occurs in the spliceosomal complex, a group of proteins that produce mature RNA. Joshua Shulman of Baylor College of Medicine and Texas Children’s Hospital and his colleagues had previously looked at human brain autopsy samples and found that in people with Alzheimer’s disease, the spliceosome was associated with tau tangles, aggregates of tau protein that are a hallmark of the disease.

The new study from Shulman’s group shows that in the autopsied brains of Alzheimer’s disease patients, several spliceosomal complex proteins were more than six times more likely to bind to tau compared to the same proteins in the brains of people who did not have the disease.

“Alterations in RNA splicing are known to be involved in the development of certain neurodegenerative conditions, such as spinal muscular atrophy and amyotrophic lateral sclerosis. However, until now, their role in Alzheimer's disease was not studied in great detail,” says Shulman in a news release.

The team also overexpressed the gene for tau in fruit flies to test whether interactions between tau and the spliceosome could lead to neurodegeneration. Flies with high levels of tau were low in spliceosomal proteins and had disrupted RNA splicing that caused the production of thousands of flawed RNAs, suggesting that tau aggregates disrupt spliceosome complex functioning.

“This is the first study to demonstrate the role of tau aggregates in disrupting the cellular localization and function of spliceosomal complex components that result in global splicing errors and cause progressive loss of neurons,” Shulman says in the news release. 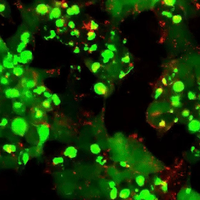 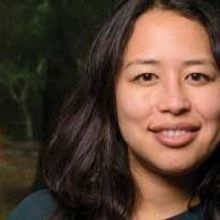