Tau is a structural protein of brain cells that, in various neurodegenerative conditions and as a result of brain injury, can accumulate as tangled toxic deposits. Using a recently developed in vivo imaging technique, researchers have now examined such tau pathology in the brains of patients who, decades earlier, suffered a single head trauma. The results, presented in Science Translational Medicine last week (September 4), reveal not only that tau accumulation can remain unusually high in such patients, but also that tau abundance correlates with neuronal damage.

“It’s an important paper that links a single traumatic brain injury that occurred many years ago to long-term neurodegeneration,” says neuropathologist Thor Stein of Boston University who was not involved in the research. It also “looks at important biomarkers that can be detected in life and that will hopefully, down the road, be useful in a clinical setting for earlier diagnosis.”

“It’s a very good and scope-broadening research piece. No one has done a study like this,” adds neurologist Steven DeKosky of the University of Florida who also didn’t take part in the study. “It speaks to the longevity of the pathological changes that can occur to people [after an injury].”

Much of this tau pathology has been studied in postmortem brains, but the recent development of a tau-specific positron emission tomography (PET) ligand called flortaucipir is enabling in vivo brain analyses of tau and, with it, the ability to examine how pathology relates to other factors, such as cognition, brain damage, and prognosis. Neurologist David Sharp of Imperial College London and colleagues have now used this PET ligand to examine the brains of people who suffered a single but significant head trauma many years earlier.

“We know that the injuries can produce abnormal tau in the brain. . . . What we don’t know is whether [tau pathology] persists,” says Sharp. “So, what we’re [doing] here is showing for the first time that there is a way in living people to show how much of this problem there is and where it is.”

Twenty-one patients aged between 29 and 72 years who suffered moderate to severe brain injuries 18 to 51 years previously (mostly as a result of road traffic accidents) were given an intravenous infusion of flortaucipir and a PET scan of the brain. Eleven healthy age- and background-matched control subjects, including friends and family members of the patients, were also scanned. Sharp’s group also performed Diffusion Tensor Imaging, a form of MRI, on all the participants to reveal any damage to the wiring of the brain.

Cells are still dying years and even decades after the injury. . . . That’s actually very surprising.

The team found that, while there was heterogeneity in tau levels within the patient group, as a whole their brains had significantly higher amounts of tau than those of the healthy controls. Tau levels also correlated with damage to the brain’s white matter, such that “the more of that type of damage that you had, the more tau pathology you had,” says Sharp.

Such a link between tau levels and cognitive decline could not be established in this particular study because of the small number of subjects, the fact that some did not have longitudinal data on cognitive function, and that some participants had cognitive disabilities as a direct result of their injuries. “The study is probably too small to very clearly show the link to cognitive function, but the hypothesis is that tau is at the heart of the ongoing problems,” says Sharp.

Regardless of cognition in the patients, the fact that tau was so abundant so long after the head traumas in many subjects indicates that “injury is triggering off this process of neurodegeneration,” says Sharp, and that “cells are still dying years and even decades after the injury. . . . That’s actually very surprising.”

It would be interesting as a next step, suggests DeKosky, “to do longitudinal studies [in patients with more recent injuries] . . . to see how the tau pathology develops.” 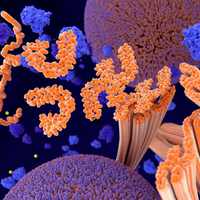