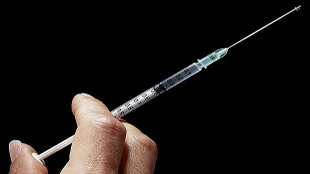 Bacillus Calmette-Guérin (BCG) is a puny cousin of the bacteria that causes tuberculosis, and as such serves as an excellent vaccine against the disease. But BCG is also used to treat bladder cancer. Research published today (June 5) in Science Translational Medicine reveals how BCG achieves its cancer-fighting performance, and suggests the bug has a better chance of winning if the patient has a prior BCG vaccination.

Since the 1970s, BCG has been used to help prevent bladder cancer from returning after surgical removal. Doctors have simply pumped the bladder full of the bacteria to induce a localized immune response that helps kill cancer cells.

“BCG has always fascinated everybody because here we have what seems like a barbaric approach to treating cancer,” said Michael O’Donnell, a urologist at the University of Iowa who did not participate in the study. “And yet it’s more effective than any...

Despite the effectiveness of the treatment—it successfully prevents recurrence in some 50–70 percent of patients—no one had much of an idea how it worked. “It’s a piece of the puzzle that’s been lacking for a long time,” said O’Donnell, “until now.”

Matthew Albert of the Pasteur Institute in Paris and colleagues decided to delve into this question in mice. They gave the animals one dose of BCG—called an instillation—per week for 3 weeks and analyzed their bladders at different time points. This treatment protocol mirrored that performed in patients, when at least three and sometimes six instillations are given before a strong immune response develops.

After just one treatment, the BCG bugs had traveled from the bladder to nearby lymph nodes, the team found. However, as seen in patients, it wasn’t until after the third instillation that a strong immune response developed. At that point, large numbers of BCG-specific T cells were found infiltrating the bladder, suggesting “there was an adaptive immune response against the BCG,” said Albert.

The delay between the initial lymph node response and the adaptive response suggested that the first exposure served to prime the T cells, Albert explained. The team thus wondered whether such priming might work just as well, or even better, if BCG was injected under the skin—in the same way that humans receive TB vaccinations.

But, said Albert, “what was really profound was going back to the patient population.” By analyzing bladder cancer patient data, the team found something “striking” he said. Patients with preexisting BCG immunity—caused by either a prior TB vaccination, or a current or prior TB infection—had significantly better recurrence-free survival rates.

Interestingly, prior clinical trials of BCG for bladder cancer had already tested a combined approach of under-the-skin injection with instillation, said urologic surgeon Harry Herr of Memorial Sloan-Kettering Cancer Center in New York, “because we thought that systemic immunization was important.” The results had suggested there was no benefit to including the injection. But, says Albert, that was because the two techniques were performed simultaneously. “They didn’t yet have the immunological concept of priming and then boosting,” he explained.

The new results suggest “that we have to do this [the BCG immunization] before the intravesicle administration,” said Herr, “and that makes immunologic sense.”

It is possible that even a childhood TB vaccination may offer this later-in-life bladder cancer treatment benefit. However, as Albert pointed out, about 50 percent of people who have been vaccinated as kids lose their immunity. It would thus make more sense to vaccinate, or re-vaccinate, bladder cancer patients just prior to receiving BCG instillation therapy.

By giving this prior injection “we should get more bang for our buck,” said O’Donnell. "It will need to be tested in a clinical trial, of course, but I think this paper provides a very strong basis for doing such a trial.”