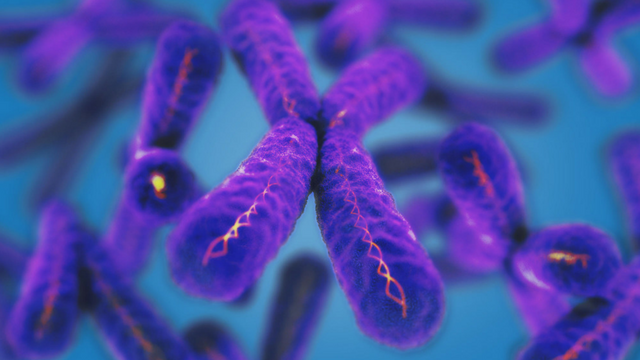 ISTOCK, CHRISCHRISWStresses in adulthood can take their toll on the length of telomeres, those stretches of DNA protecting the ends of chromosomes that are widely regarded as markers for cellular aging. Studies of children living in tough environments, such as with abusive parents, also hint at telomere shortening. But the relationship between telomeres and childhood stresses has not been entirely clear.

In a new study, researchers examined the effect of a health intervention entailing improved sanitation, water quality, and nutrition on the telomere length of children in their first two years of life. The results—published in eLife earlier this month (October 5)—were unexpected: the intervention appeared to have accelerated the shortening of telomeres compared to control groups.

“It’s a fascinating paper,” says Abraham Aviv, who researches telomeres at Rutgers New Jersey Medical School and who was not involved in the study. “I anticipated that if there...

Telomeres shorten with each cell division, eventually leading to genomic instability. Many factors may accelerate this shortening in late life, such as infections. Animal studies, for instance, have shown that repeated exposures to pathogens can cause telomere attrition, and infections have been associated with shorter telomere length in adults. But there’s a big research gap when it comes to early life. “We don’t know very much about [telomere length] in young children and we wanted to figure out what kind of environmental factors contribute to it,” says Audrie Lin, the lead author of the study and a microbiologist in John Colford’s group at the University of California, Berkeley.

Lin and her colleagues’ study was part of a larger trial in rural Bangladesh exploring the effect of a hygiene and nutritional intervention on overall child health (the WASH Benefits trial). Pregnant women were randomly divided into groups that received some combination of supplies such as nutritional supplements, sanitary toilets, and handwashing facilities for their infants. Control groups did not receive these. The researchers measured telomere length from blood samples obtained from 662 children (341 from the intervention groups and 321 from the control group) after their first year, and then again after their second year.

Lin was surprised by this outcome, having expected that the children in the control arm would have the shorter telomeres, as they were being exposed to more stressors in their environment.

Her interpretation is that the shorter telomeres in the intervention group likely reflect the toddlers’ improved physical growth rather than decreased biological stress. “If you have a lot of growth, you [might] have faster telomere attrition rates,” she speculates.

Aviv thinks this is a reasonable explanation, explaining that this is in line with previous research showing that body mass has an inverse correlation with telomere length in older children. However, he was surprised that the study did not present data that demonstrated the relationship between telomere length and growth of the children from the trial. “That’s the key story here,” he says.

Aviv adds that the general idea that short telomeres are bad and long telomeres are good is oversimplified. “Like any biological factor, there are trade-offs,” he says. For instance, shorter telomere length has been linked to diseases such as diabetes, cardiovascular disease, and early death. Conversely, a recent study showed that longer telomeres are linked to an increased risk for major cancers.

Judith Carroll, who studies the links between behavior and health at the University of California, Los Angeles, and who was not involved in the study, says the results are very interesting, but should be treated with caution. “I think the causal inference that the intervention is driving the differences is premature.” She notes that the authors did not take any measurements of telomere length before the intervention, which would have helped their interpretation about causality more clearly.

On the whole, Aviv says that he is glad to see telomere research is moving towards a focus on young children. “If these findings are replicated by future studies, it’s definitely a very relevant paper.” 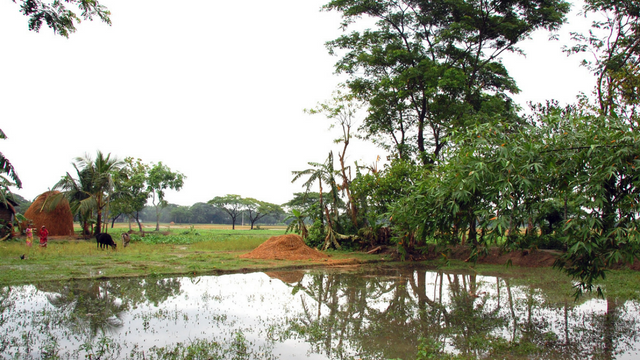 A rural village near Mymensingh, Bangladesh, where study participants were recruitedAUDRIE LIN / UNIVERSITY OF CALIFORNIA, BERKELEY