ABOVE: University of Illinois at Urbana-Champaign
© ISTOCK.COM, EYFOTO

The University of Illinois at Urbana-Champaign has fired former tenured biology professor, Fei Wang, after an investigation revealed he had falsified data on grant applications, The News-Gazette, reports. At a meeting on Friday (December 14), the university’s board of trustees made the final decision, effective immediately, to fire Wang.

“We can only appropriately safeguard that legacy by requiring that our faculty meet, if not exceed, a standard of excellence, integrity and professionalism. Unfortunately, Wang has not,” the board wrote in a report, according to Inside Higher Ed.

It’s rare for a tenured professor to be fired. This has only happened two other times in the last 50 years at University of Illinois at Urbana-Champaign, according to The News-Gazette.

Investigations of Wang began in 2014, after a colleague emailed the head of Wang’s department, Jie Chen, to report that Wang had falsified data on a grant application to the National Institutes of Health (NIH). An investigation by the department of cell and developmental biology concluded that Wang, a stem cell researcher, had passed off images of mouse cells as human cells and had referred to the results of fictitious experiments that he claimed to have done.

In March, 2015, a departmental panel recommended that Wang be fired. “Dr. Wang cannot be trusted with conducting academic research and mentoring graduate students and postdoctoral fellows,” the panel wrote in a report, according to The Chicago Tribune.

This past April, the university’s tenure committee reported that it too supported Wang’s dismissal. Its investigation revealed that Wang had also falsified data on a National Science Foundation grant application and did not sufficiently mentor his graduate students, more grounds for termination.

Last came a hearing, in November, before the university’s board of trustees. A trustee report, quoted by the Tribune, states: “According to Prof. Chen, she asked him ‘Did you make this up completely?’ and Prof. Wang answered ‘Yes.’”

In November, just before that hearing, Wang filed a lawsuit against the university, claiming that staff members did not follow their own policies during the investigation into Wang’s conduct, and Wang will continue to pursue the suit, his lawyer tells the Tribune. 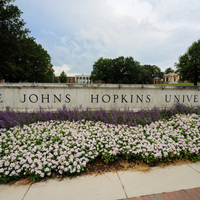 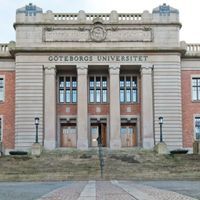