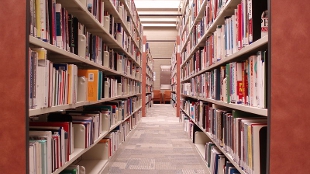 WIKIMEDIA COMMONS Raysonho@Open Grid ScheduleA rejection notice never feels good, but new research suggests an upside to this routine disappointment in the scientific community. Chances are, if a researcher resubmits her work to another journal, it will be cited more often, according to an extensive prepublication survey published today (October 11) in Science. The finding should not only reassure frustrated scientists, but also persuade journal editors to perhaps reduce rejection rates and instead encourage revision.

“Part of the scientific process is picking a topic and doing the research, but at least half of the process is picking a journal and selling the paper and maybe reselling the paper,” said James Evans, a professor of sociology at the University of Chicago, who did not participate in the research. The new study provides insight into that selling part of science, he said.

The sometimes arduous task of getting a...

To gather such data, Calcagno and his colleagues turned to the Thomson Reuters Institute for Scientific Information Web of Knowledge citation indexing service—and a lot of helpful scientists. They collected all the life science papers published between 2006 and 2008 across 16 different fields of research and sent an automated email to more than 200,000 of the papers’ corresponding authors. The email simply asked whether the paper had been sent to other journals before the one it was ultimately published in, and if so, which one immediately preceded the successful submission.

In the end, the researchers received responses from 80,000 researchers eager to share their publication experiences. Of those, about 75 percent said that their papers had not been sent previously to another journal, suggesting that, in general, scientists are good at targeting their research to appropriate publications.  “I was very surprised at that,” said Carl Bergstrom, a theoretical and evolutionary biologist at the University of Washington in Seattle, who was not involved in the study. “I thought that people did more shooting high and then stepping down.”

But for the other 25 percent of respondents, stepping down is exactly what happened. Papers that were submitted more than once tended to be published in journals with a lower impact factors than the journals that were offered first dibs on the research; only a small fraction of resubmitted papers went to journals with higher impact factors. Interestingly however, regardless of whether a paper ended up in a higher or lower impact factor journal, the number of times it was cited relative to other papers in that journal went up, unless papers were resubmitted to journals in a different field.

Calcagno and colleagues’ interpret this unexpected result as a benefit of going through multiple rounds of peer review and revision. “It’s a positive message, and I think the most likely explanation for our results,” Calcagno said.

Evans suggested an additional explanation. “Papers that are more likely to contend against the status quo are more likely to find an opponent in the review system”—and thus be rejected—“but those papers are also more likely to have an impact on people across the system,” earning them more citations when finally published.

Whatever the reason, “it’s not all bad news when a paper is rejected,” said Bergstrom. “We might not know whether it is cause or correlation, but you can still take some comfort in that.” Furthermore, Evans added, the research demonstrates that “it really behooves people to more actively shop their papers around.”

It also behooves editors to hang on to manuscripts, Calcagno suggested. “When a journal has invested work and time from experts to make comments . . . it would be beneficial for that publisher or publishing group not to let the manuscript go to another competing publisher who will benefit from the improvements,” he said.