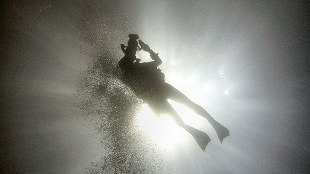 Australian scientists have found stem cells in breast milk that appear to behave much like embryonic stem cells.  The cells differentiated into bone, fat, liver, pancreatic, and brain tissue. Because the cells can be easily collected, researchers hope they may provide a new source of cells for study and possibly future therapies. In addition, the researchers are investigating whether and how these cells are important for the health of breastfed babies.

For years, scientists have been searching in vain for therapies that could help bone and cartilage heal and grow. When researchers from the University of California, San Francisco, tried to regrow cartilage in damaged knees, for example, the tissue instead turned to bone. While the result was unhelpful for their purposes, the researchers realized that cartilage might prove useful in rebuilding damaged bone, and are now exploring such...

A study by another group from Tulane University reported that high oxygen levels may help turn on the genetic program that initiates bone regrowth. When tissues samples taken from amputated limbs are exposed to about 20 percent oxygen—significantly more than the 6 percent typically found in the body—the tissue “responds favorably,” said Tulane’s Mimi Sammarco  in a press release—but only when administered at a certain point in time. Furthermore, the result won’t be easily applied to the clinical practice because blood vessels constrict after traumatic injury to prevent blood loss, reducing the amount of oxygen that reaches the damaged tissue even more. Thus, more work is needed to understand exactly when during the healing process high oxygen contributes to bone regrowth, and whether the same phenomenon occurs in the intact body.

More oxygen may also help relieve chronic pain.  The application of pure oxygen, known as hyperbaric oxygen is used to treat an excruciatingly painful syndrome that divers experience called the bends, which results from the formation of nitrogen gas bubbles in the body as divers return to normal atmospheric pressure at the surface. Although the oxygen helps treat the symptoms, rather than their pain per se, researchers at Washington State University investigated whether the oxygen treatment might help relieve pain in rats.  Indeed, treated rats recovered more quickly from experimentally induced chronic pain. The researchers believe that the oxygen is likely to act on the brain to reduce pain, rather than by alleviating inflammation. Studying the mechanism could “reveal molecular targets in the brain and possibly stimulate the development of new drugs that act on the same targets,” lead author Raymond Quock of WSU said in a press release.

Cadmium, a chemical found in cosmetics, fertilizers, rechargeable batteries, and cigarette smoke has been known to increase the risk of breast cancer when women are exposed to high doses, such as those received by workers in in manufacturing plants. Now researchers from the Dominican University of California show that long-term exposure to low doses can be equally dangerous, increasing the risk of developing more aggressive form of breast cancer. Cadmium disrupts the normal functioning of estrogen signaling, and researchers found that chronic exposure also increases the expression of factors associated with tumor metastasis in tissue cultures.  “Many of us are exposed to very low levels of cadmium from the environment on a daily basis, and our research shows that even small concentrations of this metal at prolonged exposures can cause breast cancer cell growth,” Dominican’s Maggie Louie said in a press release.