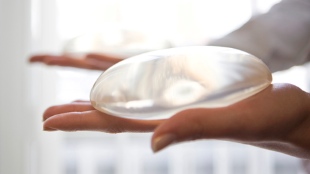 The current breast implant scandal in Europe has nothing to do with celebrity news. On December 23, the French Agency for the Safety of Health Products recommended that more than 30,000 French women with silicone-filled breast implants made by the medical device company Poly Implant Prothese have them removed because more than 10 percent ruptured within a year of surgery, releasing the implants’ contents into the body.

To make matters worse, these particular implants are filled with industrial-grade silicone, instead of medical-grade, which could contain unregulated and dangerous chemicals.

“They used industrial grade silicone; I cannot believe this,” said polymer chemist Judit Puskas from the University of Akron, who is developing new implant materials. “You have all kinds of additives in there that are carcinogenic.”

After an implant ruptures, the silicone filling slowly seeps into the body’s tissues, bloodstream, and lymphatic system. The French health agency has confirmed that the leaked silicone from PIP implants causes generalized pain and irritation, and that the material can be identified in lymph nodes with an ultrasound. Fortunately, preliminary animal studies showed no evidence of higher DNA mutation rates as a result of rupture.

But all breast implants come with risks: within 10 years, up to 30 percent of patients have their implants removed or replaced, according to the US Food and Drug Administration’s (FDA) 2011 silicone breast implant report. Part of the reason is just standard wear and tear, said Malcolm Roth, American Society of Plastic Surgeons president and chief of plastic surgery at Albany Medical Center.  “Patients shouldn’t think of these as lifelong devices.”

Most of the time, rupture simply results in the slow leakage of harmless silicone or saline. “If it’s medical grade silicone that’s been scrutinized by the FDA, and the company is doing what it’s supposed to do, it does not appear to be a health risk,” said Roth. “It sounds horrible, but you might never even know that there’s a leak.” Occasionally, however, women can experience pain and irritation following rupture, and require surgical removal of the implants. Others, if they are aware of the rupture, simply opt for surgery to rid their body of the deflated silicone sac.

Another concern is capsular contracture, which occurs when the body recognizes the implant as a foreign body and constructs a collagen shell around it. Sometimes these collagen shells remain pliable and go unnoticed, but in up to 20 percent of women with implants, they can harden and squeeze the implant, causing discomfort, disfiguration, and rupture.

“It’s essentially like a thickened sort of scar that forms around the implant that subsequently causes pain, distortion of the shape of the breast, to the point where the implant actually moves,” said Anand Deva, head of plastic surgery at Liverpool Hospital in Australia. “What was before a soft and palpable implant becomes like a hard rock.”

Additionally, the FDA released a report last year suggesting that breast implants cause a small increased risk of a rare cancer called anaplastic large cell lymphoma (ALCL), although researchers don’t know why. “The risk of contracting lymphoma in the breast in the normal population is one in a million, and that risk goes up minutely with an implant—but still goes up,” said Deva. Indeed, there have been eight cases of the disease reported in women with the PIP implants, but there’s no indication that rate is higher than seen in other types of implants. “It’s a rare cancer that occurs perhaps slightly more frequently with certain types of implants,” Deva said, “but it’s a bit sensationalist.”

Researchers not happy with the current 30 percent failure rate of implants are working to find something better. Puskas has developed a non-silicone-based polymer that she hopes will result in fewer adverse reactions and fewer reoperations. “I don’t know any other medical devices that are approved with this high of a failure rate,” she said.

And the San Diego, California-based biotech company Cytori is seeding women’s breasts with fat and stem cells to try and regrow breasts after a mastectomy. To do this, they harvest a patient’s abdominal fat using liposuction, and inject the fat cells and stem cells found in fat into the breast. The stem cells don’t turn into breast tissue; rather, the fat cells fill up the space leftover from a mastectomy and the stem cells generate blood vessels to sustain the new tissue. The company released safety data from a 71-person trial of former breast cancer patients last March, but they have no other active trials registered with the US National Institutes of Health.