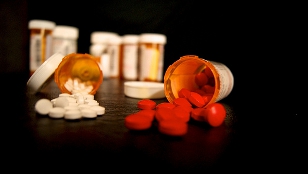 In an incredibly competitive environment, with venture capital funds parsed more carefully than ever, FierceBiotech reported on eight innovative biotech companies that closed their doors recently.  Here’s the list (in alphabetical order), and an account of why they bit the dust.

While Advanced Life Sciences  was waiting on the US Food and Drug Administration’s response on an antibiotic treatment for community-acquired pneumonia in 2009, it was forced to lay off 30 percent of its staff. Then an expert panel reviewing the drug said it was not effective, ultimately causing the company to suspend operations in early May.

Focus: Drugs for respiratory diseases like asthma and rhinitis

Altair Therapeutics, a spin-off of ISIS Pharmaceuticals, was dissolved in February, its assets reabsorbed by its...

Focus: Diagnostics and therapeutic drugs for oncology and infectious diseases

The Canadian company Ambrilia Biopharma had a promising start, securing a $215 million deal with Merck for the development of its HIV drug. In 2008, however, Merck put the program on hold. The company kept holding on, continuing to pursue Phase III trials for a drug to treat acromegaly, a disease that causes facial deformity, even as its employees were cut to a total of 15. Last year its CEO and CFO were let go, and in April of this year, the company filed for bankruptcy.

Focus: To change the metabolic profile of established drugs to improve their safety and reduce side effects ARYx Therapeutics had an interesting idea: take drugs which appeared effective, but were too toxic to be used, and redesign them so that they could be absorbed, metabolized, and easily excreted without detrimental effects.  The company went public in 2007, but then scaled back operations after its blood clotting compound showed no improvement over existing therapies. In 2010 the company cut its employees to less than 20, and when the FDA delayed giving guidance on a drug ARYx was developing for gastrointestinal disorders, the company’s funders turned away. It began to liquidate its assets in March.

Genzyme spun off Peptimmune to develop drugs to treat autoimmune diseases.  One compound in particular showed promise.  Named PI-2301, it was a treatment for multiple sclerosis, based on the research of Jack Strominger at Harvard University and Hidde Ploegh from the Whitehead Institute for Biomedical Research. The company was in the process of liquidating its assets earlier this year, when Merck Serono decided to buy full rights to PI-2301 for $1.5 million.

California-based  Phenomix Corporation started out well, receiving multiple rounds of venture capital funding, and even a $340 million dollar deal to develop its oral diabetes drug dutoglyptin from Forest Labs.  Then as the drug entered Phase III clinical trials, even showing promising early results, Forest withdrew from the deal, leaving Phenomix to unsuccessfully look for other funders.  It closed in late 2010.

Tolerx landed a partnership with GlaxoSmithKline in 2007 worth $760 million to develop its antibody therapy for type 1 diabetes, called otelixizumab. The drug failed to show the expected efficacy in Phase III clinical trials, and the company began to lay off employees in March and May.  GSK, however, said it would continue to develop otelixizumab.

Transdel, a pharmaceutical and cosmeceutical company, filed for bankruptcy this June after a slow decline.  Some of its products, however, will be developed by Cardium Therapeutics, which purchased Tansdel’s entire portfolio for $4 million. Cardium plans to develop Ketotransdel, a non-steroidal anti-inflammatory drug in a topical formulation, as well as treatments for hyperpigmentation and cellulite.