Exercise’s effects on the brain

It’s no secret that exercise is good for the brain. In looking for mechanisms that could underlie such cognitive benefits, researchers have found evidence of neuronal growth and maturation and an increased volume of the hippocampus. At the molecular level, rodent experiments point to the demethylation of the promoter region of Bdnf, a gene that encodes the neurogenesis-boosting signaling factor of the same name. There’s even evidence that male mice can pass on the cognitive benefits of physical activity to their offspring through microRNAs carried in the sperm.

The channels of pain pathways 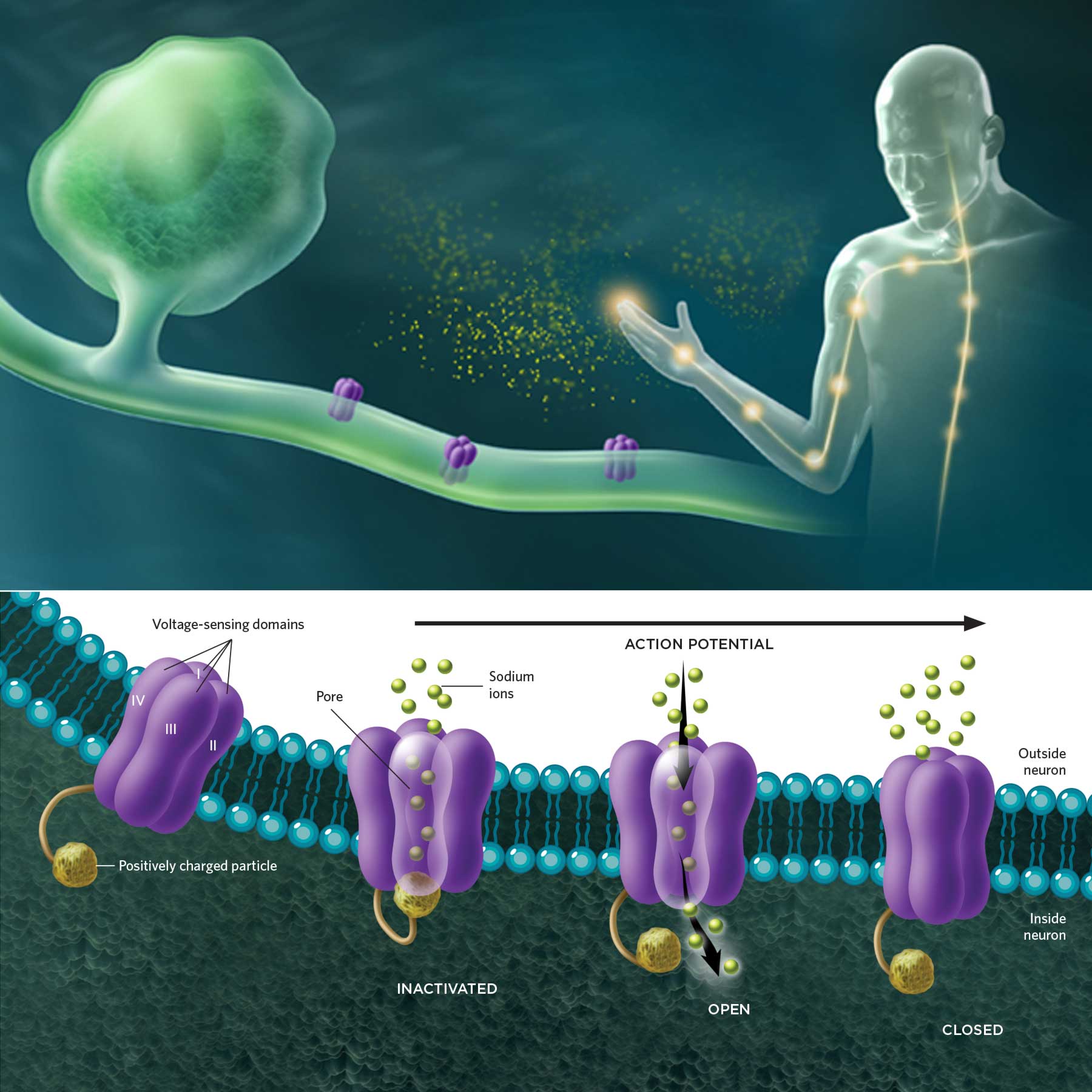 Disruptions in the way the voltage-gated sodium channel NaV1.7 regulates the entry of sodium ions into sensory neurons can cause extreme pain—or eliminate it altogether. When the channel is overactive, pain-sensing neurons fire more, causing agony. When it is missing, people...

The multifarious nature of muscle aging 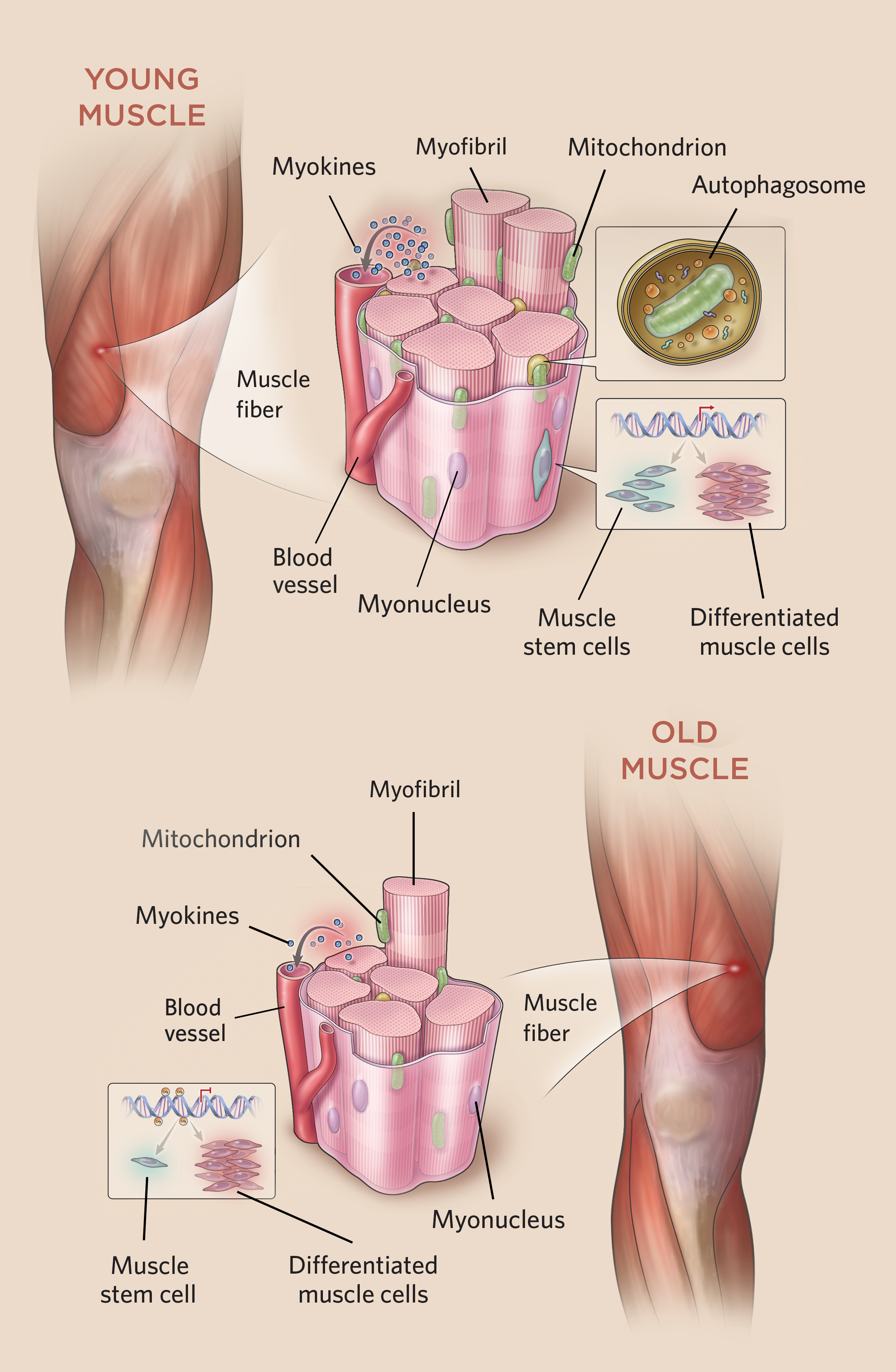 People start losing muscle mass as early as their 30s. Muscle stem cells decrease in number, possibly as a result of DNA methylation that accumulates on some genes involved in the self-renewal of these cells. Mitochondria in the muscles develop abnormal morphology, number, and function. Old muscles undergo less autophagy and make less protein. And some signaling factors known as myokines decrease with age. Luckily, exercise can reverse many of the physiological changes associated with muscle aging, so don’t forego your New Year’s resolution.

Full fish move to the back of the pack 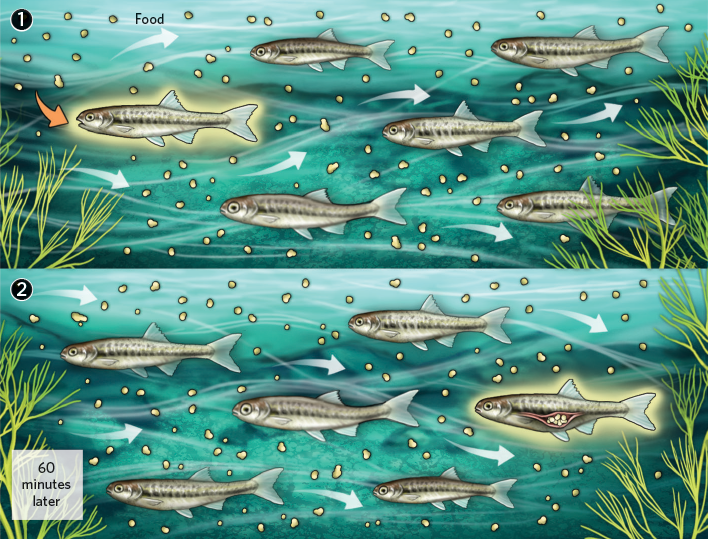 Minnows swimming at the front of a school will eat until they’ve had their fill, then move to the back of the pack where swimming and navigating require less energy. 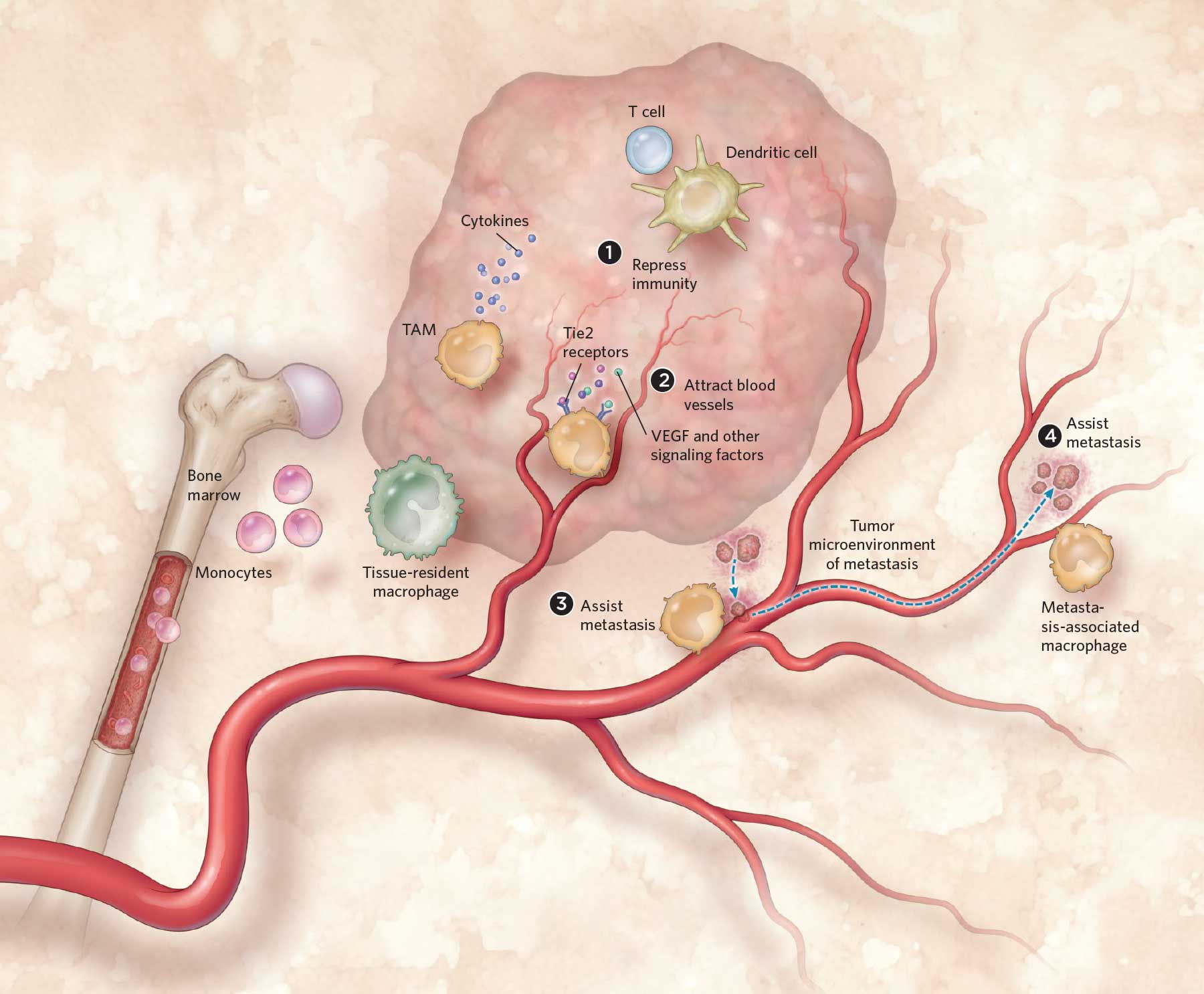 Immune cells called monocytes and tissue-resident macrophages that enter the tumor microenvironment are known as tumor-associated macrophages (TAMs). These cells can support cancer cell survival and dissemination through a number of mechanisms. But they can also protect the body against malignant disease. For example, TAMs can present cancer cell antigens to T cells and produce cytokines that boost antitumor immune responses. They can also phagocytose the tumor cells.

How the cell eats itself 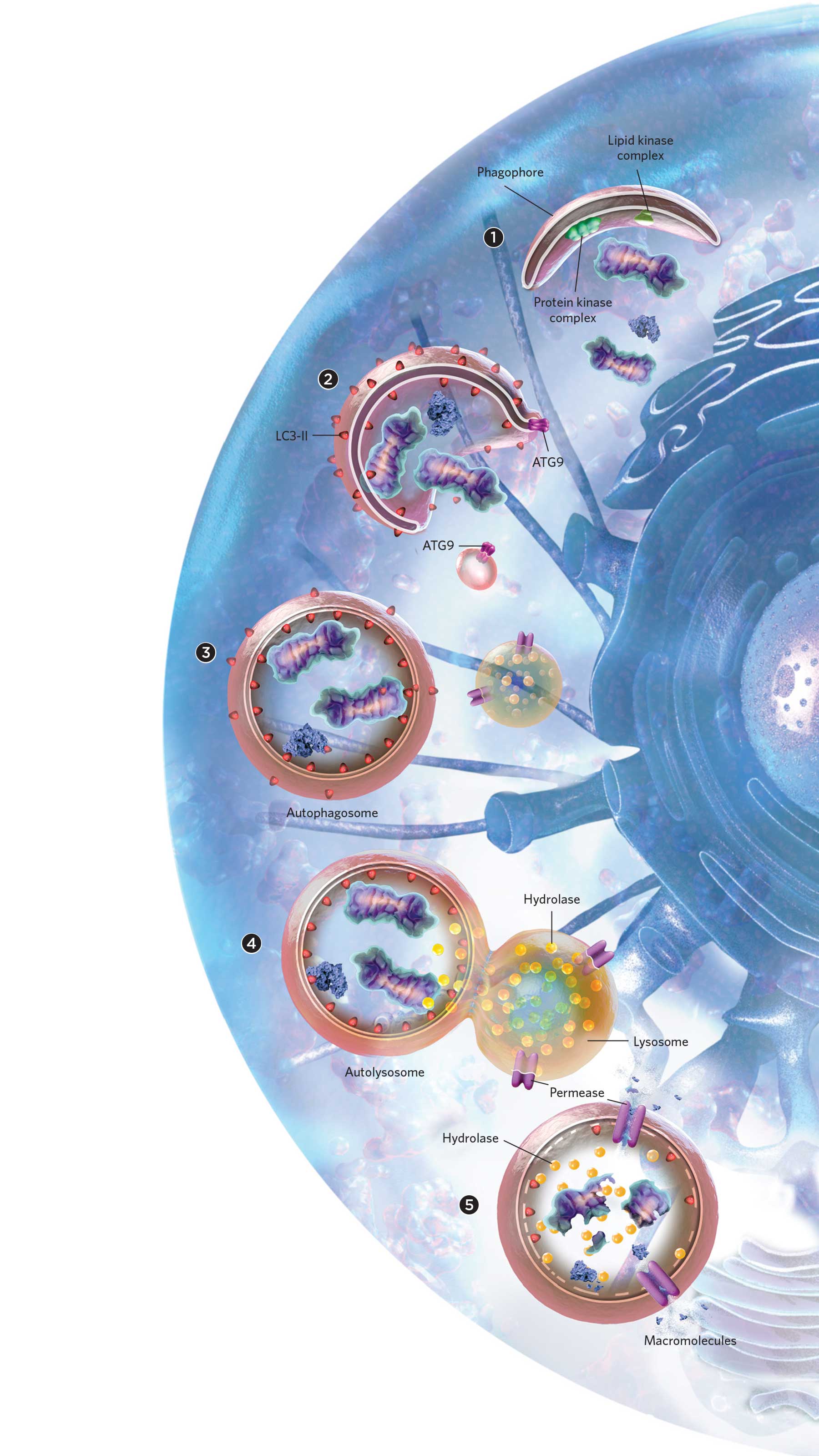 Fresh discoveries in the field of autophagy are revealing how this process, by which a cell digests and recycles spent molecules and organelles, is linked to health and disease. There are a number of steps involved, from the formation of a vesicle precursor known as the phagophore to its maturation into an autophagosome and its subsequent fusion with a lysosome. 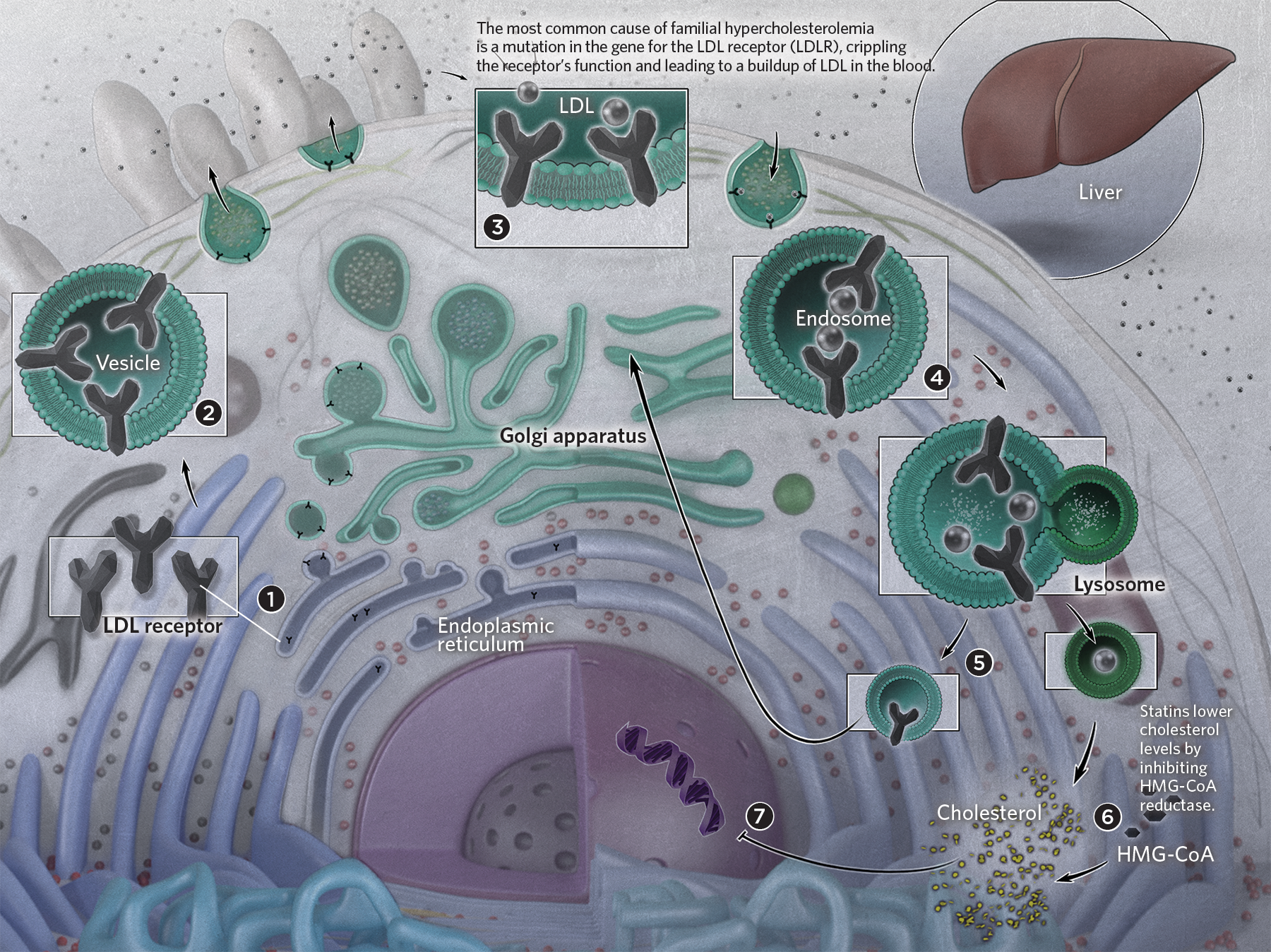 Familial hypercholesterolemia is a rare disease in which low-density lipoproteins (LDLs) are less likely to bind to cells in the body. This finding, from the 1970s, was the first indication that cells carried LDL receptors on their surfaces and laid the groundwork for researchers to subsequently discover how cholesterol derived from LDL regulates fatty molecule production.