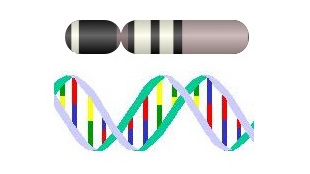 WIKIMEDIA, ARCHAEOGENETICSA core set of genes on the Y chromosome has been retained through much of animal evolution, not just for male sexual development, but also as regulatory genes in a wide array of tissues, according to two studies published today (April 23) in Nature. Previous research has shown that the Y chromosome has undergone dramatic gene loss, retaining only 3 percent of its ancestral genes, compared to 98 percent for the X chromosome. Two independent teams—one led by David Page at MIT, the other by Henrik Kaessmann and Diego Cortez at the University of Lausanne in Switzerland—studied a wide variety of animals to demonstrate that the Y chromosome eventually developed a stable set of genes.

The papers provide “a tremendous rational for why these genes have been retained,” said geneticist Carlos Bustamante of Stanford Medical School, who was not involved in the work. “This massacre of genes,...

Page’s team studied the Y chromosome in eight animals: four primates (human, chimpanzee, rhesus macaque, and marmoset), three other mammals (rat, mouse, and bull) and a marsupial, a South American opossum. The researchers recently produced new, high-quality sequences for some of these Y chromosomes, but have been working on many of them for more than a decade.

The Y chromosome is often ignored when a certain species’ genome is sequenced, partly because it presents challenges that other chromosomes don’t. The detailed sequences Page’s team developed were necessary, however, to compare genes on the Y chromosome with those on the X chromosomes to find pairs of genes on both. They found 36 genes that were present on both the X and Y chromosomes in at least one of the eight mammals they studied. Many of these genes are involved in transcription, translation, and other regulatory functions. When they studied the evolution of the sex chromosomes through an analysis of genes on discrete chunks of the X chromosome that are associated with specific time periods in its evolution, the researchers found that two genes, UBE1Y and KDM5D, were retained in both mammals and marsupials. Such retention across such distinct lineages would be highly unlikely if Y chromosome gene degradation were random.

“We calculated odds, and if you were playing poker, it’s like getting a Royal Flush on your first try. It was completely unexpected,” said lead author Daniel Bellott. Because UBE1Y and KDM5D are involved in DNA condensation, he added, “they have a very compelling biological role, evolutionarily.”

The researchers also found that genes that have X and Y counterparts, or gene pairs, are more likely to be dosage-sensitive—dependent on expression by both chromosome pairs. Most of these genes are expressed in a variety of tissues, countering the popular view that genes on the Y chromosome are mainly involved in male sexual development. “The Y chromosome has been historically badly misunderstood—it’s been put in a very small box,” said Page. “What we especially aim to do . . . is to move beyond the view that the Y chromosome is relevant only in the context of reproductive biology.”

The second study, from Cortez and Kaessmann’s team, examined 15 animals, including a bird (chicken) and a monotreme (platypus) and divergent mammalian lineages (placentals and marsupials), which possess five different X and Y chromosome pairs. The researchers studied RNA sequences found in males but not females, as well as sex chromosome genomic data. They found that placentals and marsupials didn’t develop the SRY gene—the primary gene in the male sexual development cascade—until just before the two lineages split, much later than previously thought. Monotremes developed an independent sex chromosome system which probably depended on the AMH gene.

“The origin of SRY occurred 180 million years ago, just prior to the split with marsupials,” said Kaessmann. “This was after monotremes parted from us.” Despite differing origins, however, the two lineages developed similar systems of sexual development cascades, almost in parallel. In chickens, the sex chromosomes didn’t evolve until 140 million years ago.

Kaessman said his team’s findings raise interesting questions about how ancient mammalian ancestors differentiated the sexes. He pointed to the crocodilian method of using temperature to discern young males from females, and suggested that mammalian ancestors may have used some similar environmental mechanism.

Like Page’s group, the Swiss team also found that Y chromosome genes were expressed in a variety of tissues beyond those involved in sexual development and are dosage-dependent.

“What’s really clear is that a lot of these genes aren’t just involved in sperm production,” said Bustamante. “In fact, they’re involved in very basic cellular processes that cut across tissues and that their retention has really been driven by a need to maintain a narrow range of expression and dosage compensation.”