ABOVE: The long pepper plant produces piperlongumine, a compound several studies, including the retracted one, found to selectively kill cancer cells.
ISTOCK, VARAPORN_CHAISIN

Nature has issued a retraction of a cancer study today (July 25), seven years after its publication, citing issues with two figures and the unavailability of original data for them.

“There were clearly multiple oversights with regard to what was being done [in this study] and how it was being vetted,” says cancer biologist William Murphy, professor and chair of dermatology and internal medicine at the University of California, Davis, who was not involved in the study.

The paper, led by Harvard Medical School biologist Sam Lee, is among several publications from his group to be retracted. Molecular Cell and the Journal of Biological Chemistry have each withdrawn one of Lee’s studies in recent years due to “inappropriately assembled” data and figure manipulation, respectively. In addition, Current Biology issued a correction to a 2006 paper on which Lee was the senior author, and last year, the Journal of Biological Chemistry issued an expression of concern over some of the data in another 2011 study coauthored by Lee.

In the 2011 Nature paper, the researchers demonstrated that piperlongumine, a compound extracted from the long pepper plant, selectively kills cancer cells by ramping up their levels of reactive oxygen species. In addition to in vitro experiments, the team of researchers used xenograft mouse models of several types of cancer, including human bladder and breast malignancies and melanoma. They reported significant antitumor effects in piperlongumine-treated mice, “with no apparent toxicity in normal mice.”

Its retraction follows two major corrections to the paper: in 2011, the authors described a handful of errors, notably, in the description of tumor measurements on the mice; and in 2015 they admitted to breaching institutional guidelines on animal welfare by allowing the tumors to grow beyond permitted sizes. The latter prompted Nature in 2015 to publish an editorial on the importance of compliance with ethical animal research.

Lee is an associate professor of dermatology at Massachusetts General Hospital, which notes in a statement sent to The Scientist that it is aware of the concerns over the two figures. “It appears that the journal has decided that these concerns warrant retraction, and we respect the publication’s process for making decisions in these matters.”

Lee himself and several other authors on the study, affiliated with Massachusetts General Hospital and the Broad Institute of MIT and Harvard, did not respond to a request for comment. The retraction note states that Lee and four other authors disagree with the retraction, while eight of the authors support it. Lee is the only author on all three retracted studies.

Vladimir Kolenko, associate research professor at the Fox Chase Cancer Center in Philadelphia, who has published several studies on piperlongumine, doesn’t think the retraction will have much bearing on the field. Some of its findings have since been extended by other research groups. “[Piperlongumine] is definitely active against tumors,” he says.

However, Kolenko notes that Lee’s results were unusual in that they “were absolutely flawless, and usually in scientific experiments—especially in biology—they’re not so perfect,” he says. “But there was no reason for me to believe it’s not entirely true.”

Kolenko says it isn’t clear to him why the retraction was warranted. “Personally, I didn’t see any issues with these figures,” he says, adding that they contributed “probably less than one percent of all data” to the overall paper.

Murphy, on the other hand, considers the retraction to be very serious. “When you cannot find primary data, that means you really have to wonder what was seen.” He notes the study is accompanied by an exceptionally large number of supplementary figures, 33, which may have made it difficult for reviewers and editors to catch issues with the study earlier on.

Three of the authors of the study, including Lee, formed a company in 2009—Canthera Therapeutics Inc.—to develop drugs based on piperlongumine, according to Nature Science-Business eXchange, and have filed several patent applications related to the compound, although the status of the company is now unclear.

Murphy says he is concerned about such financial arrangements causing potential conflicts of interest. “I feel it needs to be taken more seriously when being reviewed as it definitely should be viewed as [a] factor impacting data interpretation and oversight,” he writes in an email.

Most of all, he says, he’s “astounded” at one of the images in the second correction to the study, which illustrated the excessive size of the mice tumors. “These tumors were so huge that you had to wonder how these mice were even getting around to eat,” says Murphy, who is a member of his university’s Institutional Animal Care and Use Committee.

It is unclear whether Massachusetts General Hospital will be taking any action regarding the retraction, but the institution adds in its statement: “Whenever questions or concerns are raised about the scientific integrity of studies conducted at Massachusetts General Hospital, we take them very seriously and work closely with our colleagues at Harvard Medical School to fully investigate the situation in a fair and confidential manner.”

The Broad Institute provided the following statement in an email to The Scientist: “Although the scientific conclusions of the paper appear sound and its key findings have been extended by other investigators in independent publications, in an abundance of caution all authors who contributed experiments at the Broad Institute of MIT and Harvard support the Nature editors’ recommendation to retract the paper. Because the particular figures referenced were not generated at the Broad, we are not in a position to discuss them.” 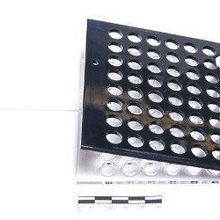