Thomas Steitz, who used X-ray crystallography to determine the atomic structure of the ribosome, died of pancreatic cancer on Tuesday (October 9) at age 78.

He was “the master of X-ray crystallography in the current era,” University of Colorado chemist Thomas Cech tells The New York Times.

Born in 1940, Steitz grew up in Wisconsin, where he studied chemistry at Lawrence College, graduating in 1962. He next went to Harvard University, and it was there, in 1963, that he first learned of X-ray crystallography, from a lecture by Max Perutz. Perutz himself had won the Nobel Prize in chemistry the year before with colleague John Cowdery Kendrew for X-ray crystallography on proteins.

In 1966, Thomas Steitz graduated from Harvard with a PhD in biochemistry and molecular biology and spent a year as a postdoc there.

It was at Harvard that Steitz met his wife Joan Steitz, who is a biochemist and biophysicist at Yale and the recipient of the Lasker special achievement award this year. A 2015 Hartford-Courant article called Joan and Thomas Steitz “one of the great power couples of science.”

From 1967 to 1970, Steitz was a postdoc at the MRC Laboratory of Molecular Biology in Cambridge, England, where Perutz, Kendrew, Sydney Brenner, and other luminaries worked. During that time, the MRC was a hotbed for ideas, many of which were hashed out in the canteen on the top floor of the lab, where scientists would sit together at crowded tables and discuss their experiments. “Initially I wondered how anyone got any experiments done since they were spending so much time in the canteen, and then I realized that the many discussions reduced the number of unwise or unnecessary experiments that were done and enhanced the good ones,” Steitz wrote in his Nobel biography.

After leaving the MRC, the Steitzes looked for universities that would hire them both. Thomas Steitz declined a job at the University of California, Berkeley, after the biochemistry chairman responded to Joan Steitz’s inquiry about an assistant professorship by saying, “All our wives like being research associates,” the Times reports.

“I was very, very lucky to have married Tom,” Joan Steitz tells the Times. “He really believed I should have as equal an opportunity to succeed as he.”

Instead, they went to Yale, which offered them both assistant professor positions. It was there, in the year 2000, that Steitz made his big breakthrough about ribosomal structure.

“I think we were amazed at each stage at the overwhelming complexity of the RNA folding in the ribosome,” Steitz told YaleNews in an interview. “But I think the most surprising observation was that the proteins were embedded among the RNA helices, penetrating into the interior of the ribosome like tentacles.”

After cracking the ribosome structure, looking at how antibiotics bind to ribosomes was an immediate next step, the Times reports. That work, in turn, led to the development of improved antibiotics that could step in when infections had become resistant to other drugs. In 2000, Steitz and colleagues founded a company, now called Melinta Therapeutics, to make the antibiotics.

Steitz shared the 2009 Nobel Prize in chemistry with Venkatraman Ramakrishnan of the Laboratory of Molecular Biology and Ada Yonath of the Weizmann Institute of Science in Rehovot, Israel, who independently mapped the ribosome structure.

Steitz is survived by his wife of 52 years, a son, Jon Steitz, a daughter-in-law, and two grandchildren. 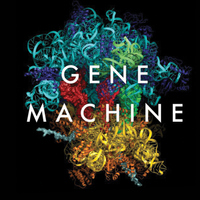