In northern Australia, at least 23,000 spectacled flying foxes (Pteropus conspicillatus), a type of fruit-eating bat, died over two days last November as the country experienced record-breaking temperatures of more than 42 °C (107 °F), the BBC reports. That body count, tallied by wildlife volunteers in the weeks after the heatwave, amounts to about a third of the 75,000 spectacled flying foxes in Australia, and it may be an underestimate, Western Sydney University ecologist Justin Welbergen tells the publication.

Meanwhile, hundreds of thousands of bony herring (Nematalosa erebi), golden and silver perch (Macquaria ambigua and Bidyanus bidyanus, respectively), and Murray cod (Maccullochella peelii) have died in Australia’s Darling River as a result of the extreme weather conditions. In addition to the record-breaking temperatures, Australia suffered periods of intense drought, causing water levels to drop and heat up. This set the stage for major blooms of cyanobacteria, which did not kill the fish directly but depleted the dissolved oxygen in the water after a sudden cool spell broke the heatwave, Anthony Townsend, a senior fisheries manager at the New South Wales Department of Primary Industries, says in a statement, according to Nature.

On Tuesday (January 15), an Australian state government announced a plan to deploy 16 battery-powered aerators across the region’s drought-affected waterways, in hopes of increasing oxygen levels. However, Niall Blair, minister for regional water, tells reporters that the aerators “are a Band-Aid solution,” according to the Associated Press. “Nothing will stop this fish kill unless we get proper river flows and water levels in our dams back up to normal.”

Researchers are concerned about other animals in the country, as the hot, dry weather is predicted to continue. Flying foxes are likely not the only species that are sensitive to the extreme heat, Welbergen tells the BBC, but because large numbers of the bats live in urban areas, their deaths are hard to miss. “It raises concerns as to the fate of other creatures who have more secretive, secluded lifestyles.” 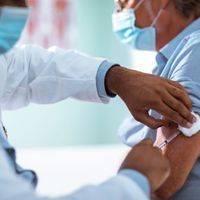