A little more than a decade ago, seven patients with hemophilia B—a disease caused by a mutation on the F9 gene that prevents patients from forming crucial clotting proteins—volunteered to be the first humans to receive a gene therapy delivered using an adeno-associated virus as a vector. This particular treatment didn’t move past the Phase 1/2 trial because, while it was deemed safe, the patients did not sustain expression of the gene. But two other gene therapies based on an adeno-associated virus (AAV), Luxturna for rare forms of blindness and Zolgensma for spinal muscular atrophy, have since been approved by the US Food and Drug Administration (FDA), and several pharmaceutical companies are now pursuing regulatory approval of AAV-carried gene therapies for hemophilia B.

Recently, scientists followed up with four of those original patients. In a study published in Molecular Therapy in September, they report that the men are still free of any worrisome toxicities related to the treatment. The study wasn’t all good news, though. The team also found that after all these years, the men still had elevated levels of AAV-neutralizing antibodies. That means that if an AAV gene therapy is approved to treat their illness, they likely won’t be able to benefit from it—the antibodies would chew up the vector before it could insert the corrective gene.

Administration of an AAV gene therapy is essentially a vaccine against AAV, says Lindsey George, a hematologist at the Children’s Hospital of Philadelphia who led the research. Hers was not the first study to identify antibodies as a problem for those receiving AAV gene therapies, but it is the first to show that elevated titers can last this long. “This role of AAV neutralizing antibodies is huge,” says George, as it stands to undermine the effectiveness of gene therapies.

Because AAVs are viruses, the human immune system creates antibodies upon exposure that recognize and neutralize them in subsequent encounters. Sometimes patients have neutralizing antibodies in their blood before ever having received a gene therapy because they’re exposed to AAVs in the environment.

The ability to effectively modulate the antibody-mediated immune response could make AAV gene therapies far more effective for far more patients than they are now.

Along with high levels of antibodies to the specific AAV vector that they’d received—AAV2—the patients George’s team evaluated also had neutralizing antibodies to several other commonly used AAV vectors, namely, AAV5 and AAV8, she tells The Scientist.

Andrew Davidoff, a pediatric surgeon at St. Jude Children’s Research Hospital who studies AAV gene therapies but was not involved in the study, says, “This paper suggests that not only will they not be able to receive a second dose of vector of the same [type of AAV], but potentially even other [types].”

If scientists can prevent antibodies from neutralizing the AAV, they would not only give patients like these another opportunity to receive a more effective dose of gene therapy, but “it will expand the patients that we can treat with the therapy” to include the 30–50 percent of patients who have already been exposed to AAVs in the environment, says Giuseppe Ronzitti, who heads a lab focused on gene therapy research at Genethon.

But, Davidoff says, “nobody has found a suitable solution yet that is likely to be accepted by patients. The body has evolved over millions of years, this immune system that helps fight off infections. So to overcome that, even temporarily, is not an easy task.”

Some immunosuppressant drugs won’t work if the body has already developed specific antibodies to a particular pathogen, such as AAV. Scientists are therefore testing combinations of different types of immunosuppressants they hope will prevent the body from attacking AAVs, but these are likely to come with major risks, chiefly, susceptibility to infection.

Another option is plasmapheresis—a process in which a person’s blood is removed from the body and the cells separated from the plasma so that they can be reinfused without the antibodies found in the plasma—but, like immunosuppressant drugs, the technique is nonspecific and comes with similar risks. “It’s a matter of risk-benefit with the continued immunosuppression,” says Ronzitti.

So scientists have been looking for other ways to control the body’s response to these gene therapy vectors.

Degradation or prevention of AAV antibodies

Ronzitti and his team recently proposed a solution in Nature Medicine. The scientists used the imlifidase (IdeS) protein, conditionally approved by the European Commission, to degrade immunoglobulin G (IgG) antibodies that are developed after the body encounters a specific antigen so that it can remember and target that antigen in the future, and thus might cause a patient to reject a transplanted kidney. IgG antibodies are responsible for the immune system’s response to AAVs. It’s a “newer, less invasive alternative to plasmapheresis,” Ronzitti tells The Scientist in an email.

The team injected monkeys with the IdeS protein before administering a dose of gene therapy targeting the liver. The treatment appeared safe, the monkeys’ levels of preexisting AAV antibodies went down, and the AAV vector successfully made its way to the liver. To model a scenario in which a patient would need more than one dose of gene therapy, the scientists administered an AAV gene therapy to another group of monkeys before giving them the IdeS protein to degrade the antibodies they’d developed in response, then readministered the gene therapy. Again, AAV antibodies diminished after the IdeS treatment and the second gene therapy dose was successfully delivered.

One drawback to the approach is that IgGs are the most prevalent type of antibody found in the blood, and destroying all of them may have undesirable side effects. In an attempt to develop a more targeted therapy, one group published a study in January demonstrating that a specialized version of plasmapheresis could reduce the levels of antibodies against human AAVs in mice to the point where a new gene therapy should be effective, without depleting all other immunoglobulins that formed in response to infections.

More recently, a team of researchers at the University of Pittsburgh Medical Center made use of CRISPR-Cas9 to increase the efficacy of AAV gene therapy in mice. Pathologist Samira Kiani and her team weren’t looking for ways to improve gene therapy, but instead were seeking to temporarily modulate immunity in hopes of changing the course of diseases such as septicemia, a precursor to sepsis that occurs when an infection makes its way to the blood. The researchers aimed to temporarily downregulate the Myeloid differentiation primary response 88 (Myd88) gene, which would briefly dampen the immune response, and then remove the brakes.

“The gene that we chose to target is known to a be a central gene for innate and adaptive immunity,” says Kiani. It controls the production of IgG antibodies in response to AAV exposure, which provided a simple way to measure whether the strategy was effective. If the team administered an AAV to an animal shortly after it had received the CRISPR-Cas9 treatment, it should have a substantially lower antibody response to the virus.

First, they administered the CRISPR to tamp down Myd88 activity and measured a reduction in the expression of the Myd88 gene, as they’d expected. Then, the team used the technique to treat mice just before giving them a dose of AAV-based gene therapy that was designed to lower their cholesterol.

Weeks later, the researchers administered a second dose of the same AAV vector to determine if the temporary immunosuppression during the first dose had prevented the mice from making enough antibodies to thwart a second dose. The mice that were pretreated with the immune-modulating CRISPR showed lower levels of AAV-neutralizing antibodies and more dramatic responses to the cholesterol-lowering AAV treatment. The study was published in Nature Cell Biology in September.

If given prior to the administration of an AAV gene therapy, “this approach would prevent the formation of new antibodies,” so the patient could receive a second dose later, if needed, says Kiani. Given that the CRISPR treatment only prevents the development of antibodies temporarily, it shouldn’t cause any long-term suppression of the rest of the immune system. On the flip side, because it doesn’t clear existing antibodies, “if the patients have already pre-existing antibodies [from natural exposure] this approach might not be the best approach.”

All of the potential solutions have a long way to go, including still needing to be tested in human patients, but the ability to effectively modulate the antibody-mediated immune response could make AAV gene therapies far more effective for far more patients than they are now, says Ronzitti. The immune response to these vectors is “quite a complex story,” he says. “But we are solving the issues one by one.” 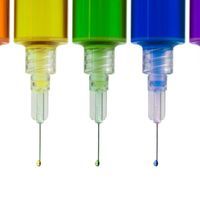