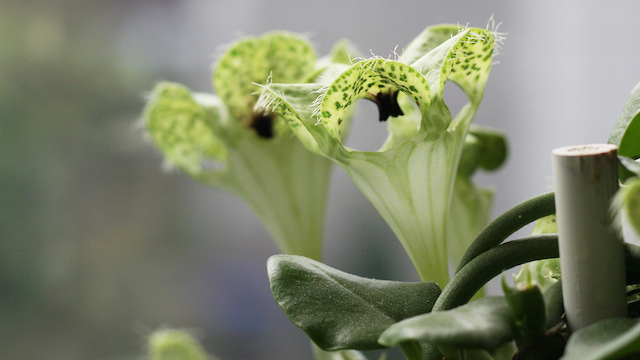 Flowers are known to employ all manner of trickery to attract pollinators, from taking the shape of an insect mate to emitting wafts of rotting flesh. A South African flower (Ceropegia sandersonii) lures in its main pollinators, Desmometopa flies, with the scent of a fresh meal. The flower produces a cocktail of chemicals that mimics those released by a wounded honey bee (Apis mellifera), drawing flies into a pollen-coated chamber. The discovery was described this week (October 6) in Current Biology.

Desmometopa flies specialize in stealing food from spiders. They follow the alarm chemicals that honey bees release when under attack from a spider or other predator, and make an easy meal out of the debilitated prey. Researchers studying the umbrella-shaped flowers of C. sandersonii noticed that almost all of its pollinators are those thieving flies. They suspected the flowers were exploiting the flies’ feeding habits, study coauthor Stefan Dötterl of the University of Salzburg, Austria, told New Scientist.

Dötterl and colleagues found that the flower produced several of the same compounds released by threatened honey bees. When a fly crawls into the funnel enclosure of a Ceropegia flower expecting food, it gets trapped by small hairs and covered in pollen. Only after the flower wilts a day later can the fly emerge—and be duped all over again by another flower.

“It’s a new, fascinating example of chemical mimicry in plants that try to attract pollinators and try to cheat them,” Manfred Ayasse of the University of Ulm in Germany, who was not associated with the study, told New Scientist.

C. sandersonii are fairly common, Dötterl told Popular Science. “Some people have [the flower] in their living rooms,” he said, “but just don’t know that it’s such a special plant.” 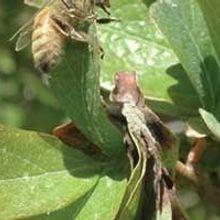 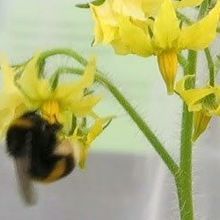 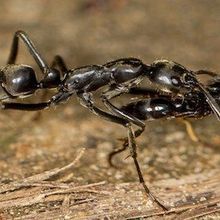