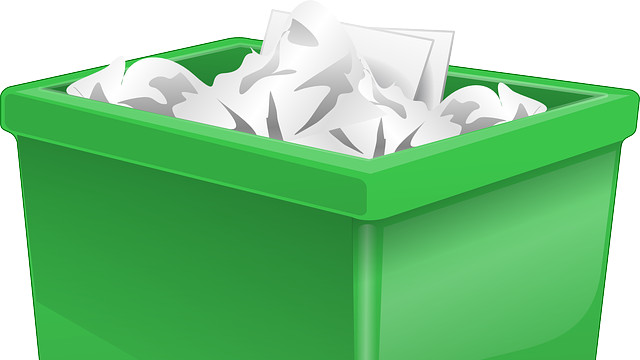 PIXABAY, OPENCLIPARTFor the past few years, there has been one retraction per year that has really captured the world’s attention. In 2015, it was the retraction of a Science paper about gay marriage. The year before, it was the retraction of Nature papers on STAP stem cells. This year didn’t see nearly as many headline-grabbing retractions, although the story of the Karolinska Institute’s Paolo Macchiarini—who earned two expressions of concern (and was found guilty of misconduct in one paper this week)—garnered lots of press.

Still, 2016 has been the second consecutive year marked by more than 650 retractions. There has been heavy criticism of papers that touched on hot-button issues, plus some particularly curious cases in science publishing that made us scratch our heads. Here are our picks of the 10 most notable retractions of 2016, in no particular order.

2. It’s every researcher’s worst nightmare: a manuscript gets rejected during peer review, then shows up later—published by one of the reviewers. Michael Dansinger of Tufts Medical Center took his heartache into his own hands, publishing a letter to the reviewer who stole his paper in the Annals of Internal Medicine, the journal that had originally rejected his manuscript during review. (The reviewer’s version of the paper—which contained the lifted work—was retracted in September.)

3. Does religious language belong in scientific papers? Not according to the backlash PLOS ONE received after publishing a paper in which the authors cited “the Creator” when discussing the biomechanics of hands. The journal immediately pulled it. (Incidentally, a poll of our readers showed a majority thought a correction would have sufficed.)

4. This year saw a messy situation out of Singapore: a Harvard research fellow lost his PhD from Nanyang Technological University after being found guilty of falsifying data. He left the Harvard lab, and has earned a series of retractions. Not all of those were the result of that researcher’s misconduct, however—some stemmed from the actions of an unnamed coauthor. (Confused yet?)

5. There aren’t many topics that get researchers as fired up as genetically modified organisms (GMOs), so traffic surged when we reported that a nutrition journal had retracted a paper by Federico Infascelli, an animal nutrition researcher at the University of Naples, who showed modified genes could end up in the bodies of baby goats whose mothers ate GMOs. The initial retraction notice listed duplication as the reason, but was later updated to include data fabrication.

6. Last month, social media erupted over an abstract published by Frontiers in Public Health, showing that vaccinated children were more likely to develop neurodevelopmental disorders such as autism. The journal quickly pulled the abstract, saying that it was “provisionally accepted but not published.” In December, the journal announced that it had rejected the paper outright.

See “Autism Not Linked to Flu or Flu Shot During Pregnancy”

7. This year saw a lot of news out of Iran. First, a publisher was hacked, forcing it to pull 13 papers by authors based primarily in Iran, and withdraw another 52 papers not yet published. Separately, BioMed Central and Springer retracted nearly 60 papers (also from mostly Iran-based authors) after finding multiple problems, including fake reviews and plagiarism. We also discovered a case in which authors based in Iran were impersonated by someone who initially impersonated a prominent Dutch researcher. Phew!

8. 2016 showed no signs of slowdown in the movement of academic disputes into courtrooms. This year, we logged the 16th retraction for a researcher at the center of a whistleblower lawsuit against Duke University, claiming two scientists and the institution included fraudulent data in in applications and reports related to federal grants worth approximately $200 million. (We covered the case in more detail in Science.)

9. Ned Nikolov, a US government scientist, was told he couldn’t do climate research at work. So he published some controversial findings under a pseudonym. Trouble is, he was caught. So Nikolov and a coauthor withdrew one paper and corrected another, explaining why they used the unusual monikers (which weren’t too hard to sleuth out—just their real names spelled backwards).

10. Can art be dangerous? Earlier this year a paper suggested the formaldehyde released from the work of prominent artist Damien Hirst could be harmful. The paper was quickly retracted, against most of the authors’ wishes. (Hirst’s company declared it had done its own testing, and reported no risk to art lovers.)