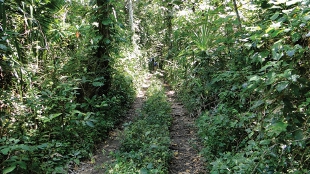 This classic paper describes the flaws in the current biological paradigm by pointing out how difficult it would be to use biological methods to fix a broken radio. The trouble?  Most of the discipline is descriptive but not predictive, and lacks a formal language. Taking a page from engineering may help biologists make sense of complex living systems, the author argues.

Opening up the scientific process is the way to tackle the biggest research questions of our day, according to this commentary. Rather than approaching intractable problems, such as developing drugs that combat parasitic infections, as cathedral builders might tackle erecting such an enormous edifice, academic and industrial researchers should engage in open science, like merchants in a bazaar, sharing resources and information to accomplish shared goals.

Aquatic ecologists often employ the use of experiments on small-scale models of larger ecosystems called mesocosms. And according to this study, the experimental arenas can be faithfully applied to larger areas in at least some cases, like scaling up algal responses to nutrient enrichment.

Coral reefs are in hot water—figuratively and literally. Global warming has already decimated reefs all over the world, and gene expression in the larvae of at least one species of coral changes in predictable ways as temperatures rise. Among the genes and proteins in flux, stress response genes, heat shock proteins, ribosomal proteins, and calcium metabolism genes all varied with time of exposure to the higher temps.

Terms such as "hypoxia" and "dead zones" have become common both in the environment and among marine scientists to describe areas of ocean depleted of oxygen due to coastal eutrophication or organic matter decomposition. But chemically and biologically, how organisms respond to low oxygen is quite variable—with deep-living marine species being better adapted to the conditions than coastal species, for example—meaning the terms have different implications in different ecosystems.

Specialization in the red milkweed beetle appears to be driven by attributes of its host plants, including levels of toxic defense chemicals called cardenolides.

The F1000 Top 7 is a snapshot of the highest ranked articles from a 30-day period on Faculty of 1000 Ecology, as calculated on December 1, 2011. Faculty Members evaluate and rate the most important papers in their field. To see the latest rankings, search the database, and read daily evaluations, visit http://f1000.com.