Santa makes lists and so do we, only ours usually is just of those who have been naughty. And the Retraction Watch leaderboard includes some pretty dodgy characters. The top spot in the lineup still belongs (and perhaps always will) to Yoshitaka Fujii with 183 retractions, and it now takes at least 21 retractions to crack the Top 30, with a tie at that slot. For those who won’t settle for anything less than the Top 10, 41 papers is the minimum.

This fall we officially launched our database of retractions, a resource for scientists, journalists, and anyone else interested in publishing mishaps and research misconduct—and anyone who wants to know whether they’re about to cite a retracted paper without knowing it. Here are some of the year’s top retraction stories, in no particular order:

1 The dynamic duo they are not. A pair of nanotech researchers in India have now lost at least two dozen papers each for image manipulation and questions about their data. The retractions landed Rashmi Madhuri (24) and Prashant Sharma (26) on our leaderboard this year.

22018 was the year of CRISPR, most notably with the news that a researcher in China had claimed to use the gene-editing technique to engineer the genomes of twin girls. We also saw the retraction of a controversial 2017 paper, which purported to find that CRISPR could lead to collateral damage in cells. Turns out the researchers could not be sure the DNA damage they observed resulted from gene editing or was present all along—ambiguity that prompted a few of the authors to dispute the retraction.

3 What a bloody mess. A researcher in Texas admitted to using her own blood in lieu of samples from nearly 100 patients. Maria Cristina Miron Elqutub, formerly of the University of Texas MD Anderson Cancer Center in Houston, switched the samples in data for two grant applications and two papers, at least one of which has been been retracted. Elqutub also earned sanctions from the US Office of Research Integrity for her misdeeds, including a three-year period of supervision if she works on any federally funded research.

4The year in retractions wouldn’t be complete without a paper on the spurious link between vaccines and autism. This year’s entry: a 16-year-old paper from Lab Medicine, which relied on the notorious (and retracted) 1998 article in The Lancet by Andrew Wakefield that first raised fears that childhood inoculations might cause autism. The Lab Medicine paper, published in 2002, in turn was frequently cited by others hoping to keep the discredited theory alive. Perhaps its loss will prove public health’s gain.

5For many years, Piero Anversa was one of the world’s leading figures in the field of cardiac stem cells. No longer. In 2018, his former institution, Harvard Medical School, requested that journals retract 31 papers from Anversa’s lab over concerns about the validity of the reported data. So far, 14 have been pulled. The retractions are just the latest—and doubtless not the last—development in the slow unraveling of Anversa’s work, a saga that began with questions nearly five years ago and has included a $10 million settlement between Harvard teaching hospitals and the US Department of Justice over allegations of fraud.

6Kim Kardashian: Reality show star, internet meme machine, fame seeker and, now, published scientist? Kardashian’s name cropped up as first author of a 2018 paper in Drug Designing & Intellectual Properties International Journal (since removed) titled “Wanion: Refinement of Rpcs.” Her co-authors included the mysterious inventor of Bitcoin, Satoshi Nakamoto, and Tomáš Pluskal, now a postdoc at MIT. In fact, the article was a figment of Pluskal’s imagination, executed with the help of SciGen, the paper-writing algorithm created at MIT, to sting the journal. Editors there obliged nicely, accepting the hoax manuscript and requiring zero revisions.

7The Field Guide to Retractions, if such a thing existed, could describe the work of a group of materials scientists in China that lost 11 papers to retraction this year for pretty much the gamut of publishing misconduct. The authors duplicated findings, doctored authorship, manipulated images, and practiced excessive self-citing and other misdeeds. Seems like they might have saved themselves all that work and simply conducted their studies properly.

8 Rupali Bhardwaj, an engineer in India, waited more than a year for Multimedia Tools and Applications (MTAP) to act on her submitted manuscript. So when the journal rejected her article, she was frustrated. Days later, her frustration became fury. The reason: MTAP published a plagiarized version of Bhardwaj’s article. As it happens, it wasn’t the first time. The journal has now retracted three articles (involving roughly the same players) for stealing text from unpublished work—perhaps picking it up in the peer-review process.

9Retraction notices often are like ducks (you’ll see!): they present a well-groomed scenario that masks chaos and churning beneath the surface. This case, um, flips the bird. When authors in Switzerland accused other researchers of plagiarizing their 2018 article in Nature Energy, the accused lobbed the claim right back, prompting a series of posts on LinkedIn laying bare the allegations and offering ever more convoluted explanations for the situation. In the end, the Swiss group won out, and the offending article was removed.

10We suspect that Brian Wansink would rather forget 2018. The food marketing researcher at Cornell University was once a media darling for his studies on how portion size affects consumption, the eating habits of kids, and other flashy topics. But his work has been dogged by recent questions about the validity of his data, and this year saw a large hunk of his publishing output wiped clean after 17 retractions. One paper was even published, retracted, republished, and then retracted again. 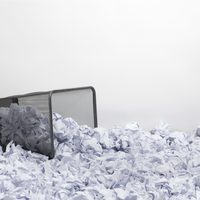 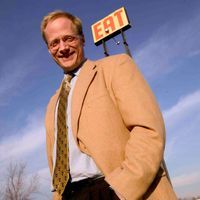 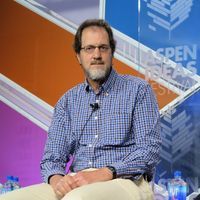