Jonathan Pruitt, a McMaster University behavioral ecologist and Canada 150 Research Chair holder whose work looks at behavioral patterns and personality types in social spiders, faces growing scrutiny after alleged data fraud in a number of his publications. To date, seven of Pruitt’s papers have been retracted or are in the process of being retracted, according to a public spreadsheet, reports Nature. There are at least five other requests for retraction from collaborators and independent researchers, and five more studies accused of having data anomalies.

McMaster University tells Nature it is investigating at least 17 papers coauthored by Pruitt.

Pruitt, who is currently conducting fieldwork in Australia and the South Pacific, tells Science that errors can sometimes occur in data management. “If a scientist can’t be careful,” he says, “that’s as big an indictment as someone who goes around and adjusts data. . . . I appreciate the amount of time people have spent to navigate this situation fairly.”

“Pruitt’s explanation strikes me as ludicrously blasé about the extent of the concerns,” Daniel Bolnick, the editor-in-chief of The American Naturalist, tells Science. “The extent of the problems is hard to reconcile with accidents.”

Pruitt’s first paper was pulled from The American Naturalist after researchers found what they believed to be data duplications, according to Science. That retraction was followed by a second from Proceedings of the Royal Society B, reports Nature. Behavioral ecologist Kate Laskowski, who had coauthored both studies with Pruitt, wrote in a blog post that she had identified copied-and-pasted data in the second retracted paper. Scientists then began to interrogate the data in nearly 150 other Pruitt studies. “In at least one instance,” according to reporting in Nature, “researchers identified formulae inserted into a published excel file, designed to add or subtract from a pasted value and create new data points.”

Behavioral ecologist Noa Pinter-Wollman of the University of California, Los Angeles, coauthored nearly 20 papers with Pruitt and has already found three papers she wants to retract. “We are working as a community to create a resource about which papers are reliable,” Pinter-Wollman tells Science. “But it’s a tragedy for me. I lost a trusted collaborator.”

Many researchers are reacting to the scandal with a call for transparency. “It might taint the field, but it’s something we will just have to weather,” behavioral ecologist Leigh Simmons of the University of Western Australia tells Science. UC Berkeley paleobiologist Seth Finnegan tweeted, “It is very, very hard to prevent fraud (if that is what happened here) but [the response] should be a model for responding to it,” reports Science. 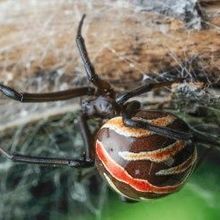 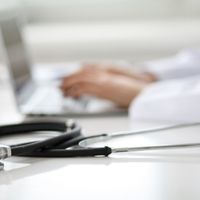