Look under the hood of many of this year’s headline-making discoveries in biology and you’ll find machine learning, a tool that’s gaining ground in the life sciences thanks to growing computational power and the availability of big datasets needed for training. Among other advances in 2019, researchers reported successfully using machine learning to screen images for signs of cancer or infection by pathogens, and to identify epigenetic markers in blood samples that are associated with vascular complications in people with diabetes. Check out our special issue on AI for more examples of how the tool is transforming biology.

Even as computers take on more of the tasks once done by hand, engineers are exploring DNA’s capacity to adopt a function usually associated with machines: information storage. This summer, researchers in Boston reported a way of harnessing DNA, together with CRISPR-like base editing machinery, to make a record of events inside living cells that can then be decoded via sequencing. Study coauthor Timothy Lu of MIT told The Scientist that its potential applications include detecting environmental toxins and recording developmental processes.

DNA on a chip

Another creative spin on CRISPR-Cas9 editing to come out this year is a detection device for particular DNA sequences. Here, the Cas9 enzyme is bound to an RNA and to a graphene chip and engineered not to make cuts in DNA. If the RNA-Cas9 complex connects to its target DNA sequence, it causes a change in the chip’s electric field and thus a positive readout. The chip’s developers suggest it could one day be used for quick DNA tests in clinical settings.

A boost for CRISPR accuracy

Among the endless variations of CRISPR scientists are engineering, one developed this year purports to reduce its off-target effects by avoiding double-strand DNA breaks. The technique, known as prime editing, uses the same Cas9 nuclease as frequently deployed in the CRISPR system but combines the enzyme with a guide RNA called pegRNA and a reverse transcriptase that initiates the addition of a new sequence or base into the genome. Once the new genetic material is incorporated into a cut strand of DNA, the prime editor nicks the unedited strand, signaling to the cell to rebuild it to match the edited strand.

As some researchers worked on their own variations of genome editing, others made an important edit of a recipe for induced pluripotent stem cells. First published by Shinya Yamanaka (now of Kyoto University) in 2006, the method overexpresses genes for four transcription factors in differentiated cells to reset them to a pluripotent state, creating what are known as induced pluripotent stem cells (iPSCs). The most important of the four overproduced factors was thought to be Oct4. But last month, researchers at the Max Planck Institute for Molecular Biomedicine announced they’d not only managed to make mouse iPSCs without tweaking Oct4 levels, but that the process was more efficient that way. “If this works in adult human cells, it will be a huge advantage for the clinical applications of iPS cells,” Yamanaka wrote in an email to The Scientist. 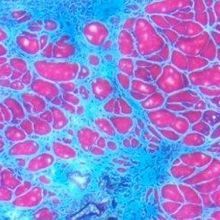