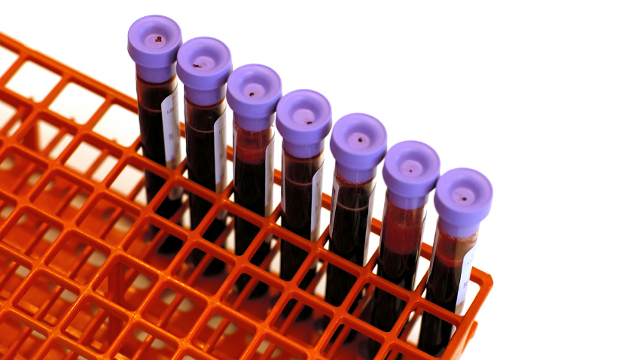 ISTOCK.COM/NANOWhile the detection of solid tumors remains routine procedure in cancer diagnostics, modern technologies such as next-generation sequencing have enabled scientists to track cancer beyond its tissues of origin and in greater detail. Many tumors shed stray cells, vesicles called exosomes, and traces of DNA into blood and other body fluids. Recent research has shown that such debris can serve as markers to monitor disease progression—and even help researchers diagnose cancers before symptoms appear.

Tumor DNA, it turns out, can be detected in routinely drawn blood samples. In a study published last month (June 5) in JAMA Oncology, for example, researchers who examined blood samples from more than 4,000 pregnant women—drawn for the purpose of identifying chromosomal abnormalities in the fetus—identified three cases of maternal cancers: an ovarian carcinoma, one follicular lymphoma, and a Hodgkin lymphoma. “In the majority of these tumors, even low grade ones, we found...

Such “liquid biopsies” are not unique to blood and plasma samples. In other studies, researchers have correlated the risk of bladder cancer recurrence to methylated DNA levels in urine, detected bowel cancer DNA in stool samples, and identified cancer-linked mutations in the saliva of patients with head and neck carcinomas. Previously, such molecular tests were used to monitor advanced disease and metastasis. Now, with increasingly precise tools, small amounts of cancer cells and DNA can be identified in blood even in the earliest stages of disease.

“Stool and urine might detect colorectal or bladder cancer, but blood has the capacity—at least conceptually—to detect all cancers,” said Bert Vogelstein of the Johns Hopkins School of Medicine in Baltimore, Maryland. “Logistically, however, the challenge has been to detect very small amounts of DNA.”

Last year, in a study of 640 patients published in Science Translational Medicine, researchers reported that circulating tumor DNA could be detected in plasma for approximately 40 percent to 70 percent of several types of cancer, including brain, prostate, and ovarian. In advanced colorectal cancer, for example, circulating tumor DNA could be used to pinpoint mutations in the KRAS gene in 87 percent of cases.

Intact cancer cells can also slip into the bloodstream. Early attempts to trap these circulating tumor cells (CTCs) relied on identifying surface antigens or other markers. But CTCs can wear different molecular masks depending on tumor type, stage of disease, and other factors. Earlier this year, however, Mehmet Toner of Harvard Medical School and his colleagues showed in Nature Methods that microfluidic devices could trap these cells using physical methods “independent of tumor-specific markers” from whole blood. “Intact cells have tremendous value,” Toner told The Scientist. “You can look at DNA, RNA, signaling molecules, phosphorylation patterns, epigenetics—it’s much richer [than a single biomarker]. In the long-term, we could culture these cells to test drug susceptibility, really [moving toward] personalized medicine.”

In addition to DNA and whole cells, recent studies suggest that exosomes shed by tumor cells may also serve as surrogate cancer biomarkers. Last month (June 24), a team led by investigators at the University of Texas MD Anderson Cancer Center in Houston described in Nature a serum test for exosomes—which carry DNA, RNA, and proteins—that could be used to successfully distinguish patients with early- and late-stage pancreatic cancer from those with benign pancreatic disease or healthy subjects.

But the rarity of circulating tumor traces—whether bits of DNA, whole CTCs, or expelled vesicles—has thus far made clinical application a challenge. According to Vogelstein, improving the sensitivity and specificity of such molecular tests will be crucial to establishing their clinical utility. In addition to eliminating false positives—test results that conclude “cancer” where there is none—it’s also essential to understand why some tumors can’t be tracked in the blood and other fluids.

“At present, we don’t know whether the limitations are technical or biological,” said Vogelstein. “We’ve found that between 40 and 70 percent of tumors are detectable. But if the remaining early-stage cancers do not ever secrete a single molecule of circulating tumor DNA, then it doesn’t matter how good our technology is.”

Much of the basic biology is also unclear, Tim Forshew of University College London told The Scientist via e-mail. “We still don’t fully know how circulating tumor DNA gets into the bloodstream and how this differs for different types of cancer. We also don’t fully understand what influences how quickly it is cleared from the blood.”

Nonetheless, the possibility of using a simple blood test to diagnose cancer and guide treatment strategies has inspired a flurry of companies that are now racing to create assays.

Commercial interest in circulating tumor markers “is huge,” said Forshew, who leads technical development at Inivata, one of several firms that offer circulating tumor DNA-based diagnostic tests. To Forshew’s mind, one of the most important applications of such technologies will be to study the genetics of cancers that cannot be easily biopsied.

Several other companies—including Epic Sciences, Johnson & Johnson’s Janssen Diagnostics, SRI International, and Guardant—currently offer tests for circulating tumor DNA and cells. However, clinical applications of these tests have so far been limited to monitoring metastasis and, to a lesser extent, treatment response.

Scientists conducting clinical studies are working to correlate tumor DNA in the bloodstream with specific disease parameters, such as risk of recurrence after a surgical procedure to remove a tumor. “This is different than predicting prognosis,” said Vogelstein. “It’s actually detecting the presence of occult disease that hasn’t yet shown up in clinical or radiologic grounds so we can implement therapies which could be curative [if begun early enough].”

Working with Vogelstein, Jeanne Tie of the Walter and Eliza Hall Institute of Medical Research in Melbourne, Australia, and her colleagues are using circulating tumor DNA to assess which patients are most likely to benefit from chemotherapy after surgery for stage II bowel cancer. Typically, a large fraction of patients receive adjuvant chemotherapy after surgery. But only 4 percent to 5 percent of patients appear to benefit from it. For the remainder, either surgery proves sufficient or the cancer resurfaces despite chemotherapy. The team’s preliminary results, presented at last year’s American Society of Clinical Oncology meeting, suggest that risk of recurrence closely correlates with circulating tumor DNA levels. The researchers are now planning a larger randomized trial to assess the utility of circulating tumor DNA to inform the administration of chemotherapy. “By using the blood test to guide chemotherapy we not only could improve survival, but also reduce the number of patients receiving [unnecessary] chemotherapy,” said Tie.

Tumor DNA, CTCs, and tumor-derived exosomes are markers of “higher value” than previously used measures such as prostate specific antigen, which are released even by healthy cells, according to Toner. “These new markers offer an amazing opportunity to manage cancer,” he said. “Previously, we were always a step behind the disease and trying to catch up. With these more specific and sensitive tools, we can finally get a step ahead.”