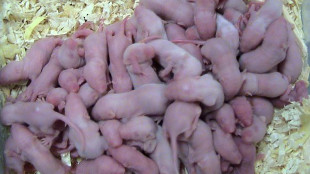 WIKIMEDIA, L.A. DAWSONScientists in China have moved one step closer to stem cell–based treatments for infertility, reporting their creation of sperm-like cells from mouse embryonic stem cells. Stem cell researchers have for years worked to create sex cells from stem cells, but coaxing stem cells to undergo meiosis in vitro was a major stumbling block in efforts to create sperm or ova from progenitors. The team, led by Jiahao Sha of Nanjing University, is the first to produce sperm-cell precursors called round spermatids entirely in vitro. The group’s results appeared in Cell Stem Cell today (February 25).

“It’s a good piece of work that really sets the stage for so many different fields by putting together pieces necessary to de novo derive germ cells and use them for reproductive purposes,” said Brian Hermann, a reproductive biologist and stem cell researcher at the University of Texas, San Antonio, who...

Sha and colleagues first induced murine embryonic stem cells to differentiate into cells that resembled primordial germ cells—precursors to haploid gametes. They then placed these cells in culture containing hormones like testosterone. This culture imitated the environment that primordial germ cells are exposed to in the testes and was meant to encourage germ cells to undergo meiosis. Cells that underwent meiosis developed into round spermatids. The team then injected mouse ova with the round spermatids through a technique similar to intra-cytoplasmic sperm injection (ICSI)—a method commonly used in assistive reproductive therapy. The resulting embryos were then implanted into female mice; around half a dozen out of almost 200 implanted embryos developed into fetuses and were born. The resulting pups were positive for reporter transgenes that the researchers used to identify stem-cell–derived sperm-like cells. The pups later matured into fertile adult mice.

Although the study provided “good proof of concept,” said Nam Tran, a stem cell researcher at the University of California, San Francisco, who was not involved in the work, the results are preliminary. While murine round spermatids can be used to make viable mouse embryos, their human equivalents cannot be used to create human embryos. (Human sperm need further maturation to produce viable embryos.)

Tran and Hermann both noted that researchers must still assess the genetic and epigenetic health of a larger cohort of mice born from stem-cell–derived gametes. Scientists have yet to determine effects of this procedure across several generations of mice before considering testing the technique using human cells.

Reproductive biology Jon Oatley of Washington State University in Pullman said that screening a second generation of mice for these reporter transgenes would provide more definitive evidence meiosis occurred in the stem-cell–derived early sperm. He added that studying rates of normal and abnormal meiotic recombination would be an important step toward moving the research forward. “If this process is impaired, high rates of aneuploidy can occur in the haploid cells,” he wrote in an email to The Scientist.

Hermann noted that using induced pluripotent stem cells (iPSCs) in place of embryonic ones could help allay some ethical concerns. Use of iPSCs derived from a parent could also help couples conceive children that are genetically related to the donor.

Tran is guardedly optimistic. “It’s a huge advance . . . that you can do something like this with [embryonic stem cells],” he said. “Whether or not that can apply to humans, that’s the next big leap.”