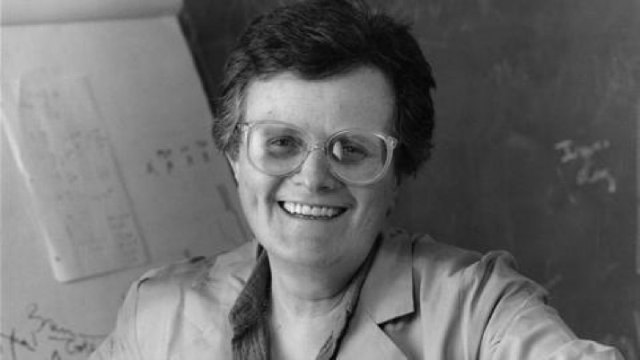 NORTHWESTERN UNIVERSITYNeena Schwartz, a reproductive biologist at Northwestern University who discovered the hormone inhibin and its role in the regulation of reproductive cycles, died this month (April 15). She was 91.

“She was a tremendous scientist, a pioneer for women in the sciences, and a leader in our discipline of endocrinology,” Teresa Woodruff and Kelly Mayo, both of Northwestern University, write in a memorial in Endocrine News.

Among numerous leadership roles throughout her career, Schwartz founded the American Women in Science (AWIS) in 1971 and was a president of the Endocrine Society in the early 1980s.

Schwartz was born in Baltimore, earned her undergraduate degree from Goucher College, and received her doctorate from Northwestern University in 1953. After a faculty position at the University of Illinois College of Medicine, she joined Northwestern in 1973 and remained as a professor there until her retirement in 1999.

Schwartz later discovered a peptide-based feedback system controlling hormone levels in the ovaries, and described the hormone inhibin, which blocks follicle stimulating hormone (FSH). The presence of inhibin had been proposed decades earlier, but nobody had searched for it in the follicle fluid of ovaries—until Schwartz and her colleague at the University of Maryland, Cornelia Channing took up the cause. Channing had sent Schwartz the fluid, and Schwartz found that it made FSH levels drop.

“I’ve never seen a result that was clearer. So there was an inhibin in this follicle fluid,” Schwartz said in a 2008 interview. “Not only was it important to demonstrate what was going on in the cycle, but the fluid gave gallons of material from which people could isolate the inhibin. So the biochemists and the molecular biologists jumped in and were able to isolate the inhibin within a few years. And there it is. I guess that’s my claim to fame.”

Schwartz was an advocate for women in science and a feminist, discussing feminism in science in her book A Lab of My Own. She also wrote about being gay, telling BoingBoing in 2010: “In science, you work in unusually close quarters with other people, and you don’t talk much about your personal life. But if nobody asks you, and you never tell, your sexuality becomes like this elephant in the room.” She added that the support after she came out was “astounding.”

“Neena’s legacy lives on in the discoveries she made, the people she trained, the organizations she formed and the amazing life she led,” write Woodruff and Mayo. “She was a phenomenal mentor to each of us, and her guidance, friendship, and commitment to scientific rigor and excellence will all be greatly missed.”