ABOVE: This white rat received a donor leg from a brown rat along with microparticles that release a protein that trains the immune system to accept the foreign tissue.
UPMC

Getting any kind of transplant typically means taking multiple immune-suppressing drugs forever after to avoid rejection of the donor organ or tissue. A study published today (March 13) in Science Advances demonstrates a way around long-term immune suppression. The researchers injected microparticles that release a protein that recruits regulatory T cells to train the immune system of rats receiving a donor limb to recognize the foreign tissue as self instead of non-self.

The conventional immunosuppression strategy after transplantation comes with “a lot of side effects and complications down the line, but I think we’ve now realized that we need to shift this and this [study] is one testimony to this,” says Gerald Brandacher, a surgeon who specializes in upper extremity and face transplantation at Johns Hopkins University School of Medicine and was not involved in the work. “In these first small animal models, we see proof of concept that [immune regulation] strategies can work, and hopefully down the road will lead to a much better way to actually navigate the immune system in the setting of transplantation.”

The concept of training the immune system to ignore tissue came from tumors, says Steven Little, a bioengineer at the University of Pittsburgh. He points to previous work from the last couple of decades showing that tumors can recruit the body’s own regulatory T cells by releasing the protein CCL22, which then leads to a decrease in immune recognition of the tumor. He says he thought that it would be possible to engineer a therapeutic that would release CCL22 synthetically and “create something that’s not a tumor, but still tricks the body into accepting something that would otherwise be rejected, like a transplant.”

Years of work led to the current study in rats. Little and colleagues transplanted hindlimbs from brown rats onto the bodies of white rats. They treated all the rats with an immunosuppression drug for 21 days, and some of them also got one of three possible doses of biodegradable microparticles containing synthetic mouse CCL22, CCL22 protein alone, or empty microparticles, each injected under the skin of the donor limb. There was also a control group that received an injection of microparticles containing CCL22 in the unaffected hindlimb.

Within the first 50 days, all the donor limbs had been rejected, except in the rats that received either the medium or high dose of CCL22-loaded microparticles. The researchers gave another microparticle injection 21 days after the transplant and confirmed that CCL22 was released for 40 days. In six of the eight rats that received the medium dose of these microparticles, the donor limbs survived for much longer—more than the 200 days of the experiment. The medium dose worked better than the high dose: only two of those animals had a surviving graft by day 60 and only one had a surviving graft for the duration of the experiment.

The authors found that there was a higher percentage of regulatory T cells among all the T cells in the grafts that survived compared to the ones that didn’t. Plus, the accepted donor limbs had a lower abundance of pro-inflammatory genes than the ones that were rejected. The recipients’ immune systems not only accepted the transplanted limbs, but also accepted a skin graft from a donor of the same strain as their limb donor. The acceptance of the skin graft happened in the absence of immunosuppression, and the recipients completely rejected a skin graft from another rat strain. This indicates that the recognition of that particular set of foreign antigens as self is ongoing.

“Through the transplantation procedure we have effectively reeducated the rat’s immune system to now accept this donor’s whole host or repertoire of antigens,” says Little. “We’ve convinced that immune system that that [donor] is now self too, but the immune system is still competent so if you give it a third animal’s antigen, it rejects that.”

“The graft survival data with the hindlimb transplant in the rat is quite impressive,” both in this study and another one the authors published last year in PNAS, says Christene Huang, who studies alternatives to prolonged immunosuppression after transplants at the University of Colorado Anschutz Medical Campus and did not participate in the work.

She cautions that some strategies that work to induce tolerance of foreign tissue when that tissue comes from a living donor fail when the tissue comes instead from a brain-dead donor, as is the case in human limb and face transplants. It’s not well understood why there’s a difference, but that’s an open question that could influence this strategy’s efficacy going forward. Another question, she says, is how well the microparticles will work in larger animals.

Testing the approach in pigs is next, according to coauthor Jim Fisher, a graduate student in Little’s lab. If it makes sense, they’ll then move toward studies of safety and efficacy in people. “We’re releasing a protein from the microparticles, but that’s not really the medicine,” he says. The protein is then recruiting the body’s “own cells that are actually acting as the medicine, which is fundamentally different than anything that is used right now in transplants.” 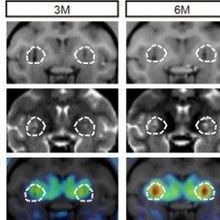 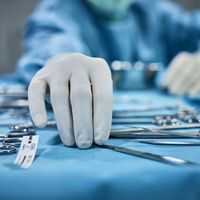