Silver birch, elder, and yew win out in an experiment to see which species best capture the tiny particles from diesel pollution.

ABOVE: In a wind tunnel experiment, silver birch was the best of nine types of trees at grabbing hold of fine particles in diesel exhaust.
© ISTOCK.COM, ZHAOJIANHUA

Breathing in traffic fumes is accepted as unhealthy, but whether landscaping with vegetation can protect people is a matter of debate. Modeling studies generally suggest that trees do not have a substantial beneficial impact on pollution levels, and may even worsen a situation by trapping pollutants in certain areas.

Now, a study finds that certain tree species are surprisingly efficient in scrubbing toxic particles from the air.  Wind tunnel experiments demonstrate that leaves trap considerable numbers of particles with a diameter less than 100 nanometers. The group put nine tree species through their paces, with three clear winners in the top tier, the study, published May 16 in Environmental Science & Technology, finds.

“I was pleasantly surprised at what a great job these species are doing at removing some of the finest particles,” says Barbara Maher at Lancaster University in the UK, with silver birch excelling in trapping particles even less than 30 nanometres across. She suggests that the ideal particulate traps would be tree species maintained as hedges, about the height of an adult human.

“We are talking about what I call ‘tredges,’” Maher explains. “They should not be a solid screen, as this would obstruct air flow.” Street trees that form canopies can often worsen air pollution by reducing ventilation and the mixing of air.

The answer is to stop particulates coming out of vehicles, but this can be a contribution.

Evidence has stacked up for the ill effects of minuscule particulates, with studies linking them to asthma, stroke, heart disease, diabetes, obesity, and dementia. “There’s good evidence to show exposure to traffic pollution reduces the cognitive ability of children, by damaging their central nervous system, and also that ultrafine particles can enter heart tissue and damage their heart,” says Maher.

There’s been a limited number of studies looking at the removal of ultrafine particles by plant species. According to Maher and her coauthors, modeling-based studies that simulated particulate matter and its interaction with plants indicated only a slight reduction in the pollutants, with just a few percent depositing onto roadside vegetation.

To see if trees could do any better, the researchers gathered branches of nine temperate tree species, which included beech, cherry, maple, hawthorn, and ash, from parks or the university campus in Lancaster. They placed a spray of these in a wind tunnel and exposed them to fumes for seven minutes from a diesel engine. The exhaust stream was monitored before and after it flowed past the branches.

Particles got trapped on the leaves, and scanning electron microscope images showed them often enmeshed on leaf hairs. “Hairs on leaves are great. Irregular surfaces are great. Anything spiky on the leaves seems to capture a lot of particles,” Maher says. While birch was the best at grabbing particles a micron in diameter or smaller, nettle and hawthorn were the worst at around 30 percent, although the authors note that these two came loaded with the most particulate matter, which might have impaired their ability to trap more.

Ideally, the particles should remain on the leaves until heavy rainfall. They would then run down into the soil and the leaves will again be primed to take up more pollutants. The downside is that the runoff could lead to soil contamination over time.

“Planting these species along roadsides is only an interim measure,” Maher says. “We wouldn’t want to depend on tredges. They’d just see us through the transition period, as we move from combustion engine to electric vehicles.”

A previous study by Maher and colleagues in Lancaster had shown that planting silver birch on busy streets improved the indoor air quality for homes nearby. Notably, Maher previously reported the presence of iron nanoparticles in human brain tissue, which came from traffic fumes. She therefore emphasizes the importance of really small particles as being especially dangerous because they can cross into the brain. 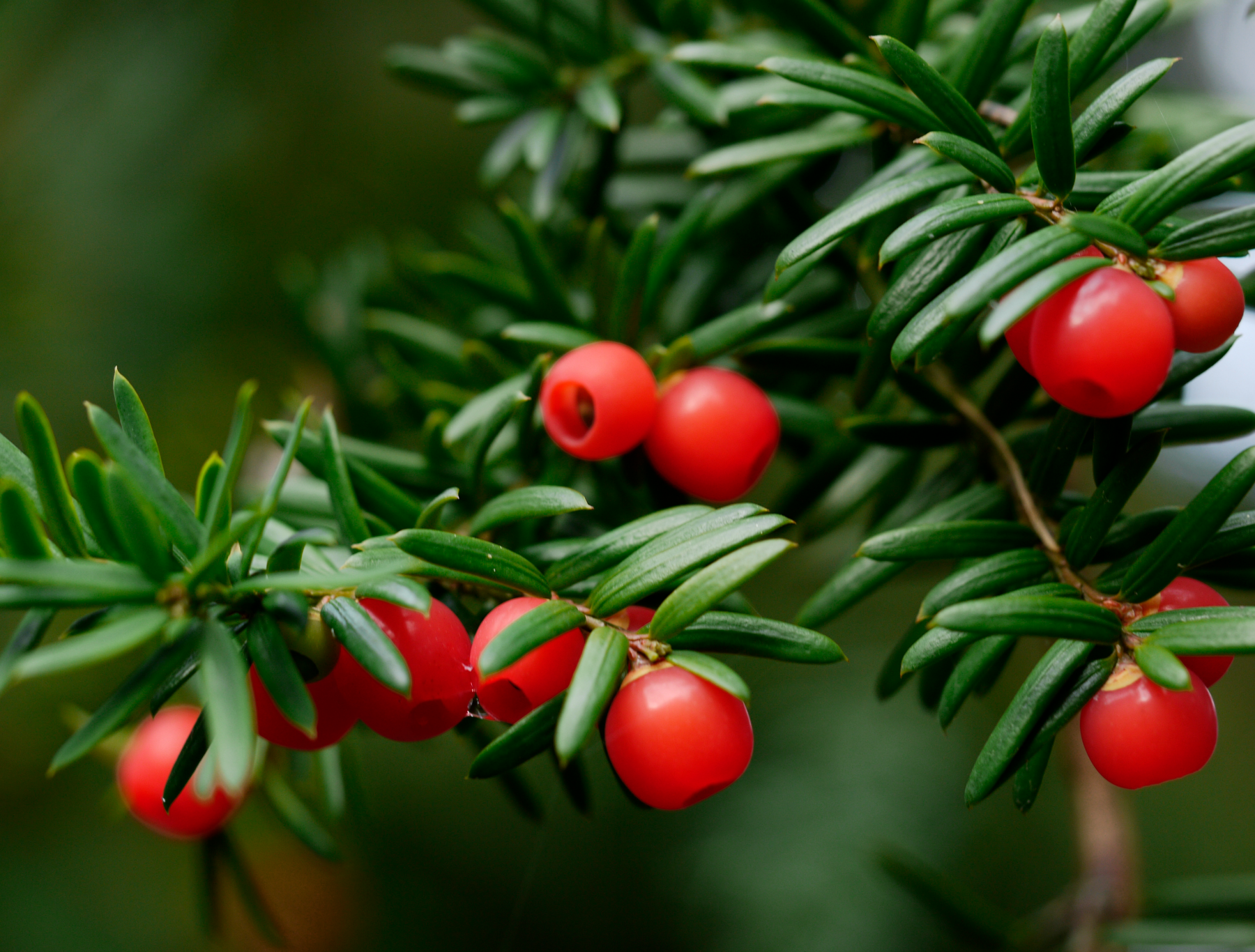 Berries and leaves of the yew tree, which performed well in the wind tunnel experiment at trapping ultrafine particulate matter.
© ISTOCK.COM, LULIIA MOROZOVA

Ecologist John Dover, an emeritus professor at Staffordshire University in the UK who was not involved in the study, says his group found that ivy and green walls can take up particles when planted along a busy road. He says that while trees are valuable, they can be problematic to grow in towns where there are many below-ground services, given their large root structures. Also, because elder and silver birch are deciduous trees they offer far less protection in the winter without their leaves.

“We need to see not just trees, but hedges, green screens, living walls. We just need more vegetation,” says Dover. “The answer is to stop particulates coming out of vehicles, but this can be a contribution.” He warns that not all trees will be suitable in every location—elder can drop copious quantities of berries, yew berries are poisonous to people, and birch produce pollen that can cause allergic reactions.

Because children are vulnerable to the effects of pollution, given that they are still developing and encounter more particulates for their body size than adults, Maher plans to carry out comparisons at four schools in Manchester that have either tredges, ivy, or no vegetation on campus. Planting will start within the next four weeks, says Maher.

Michael Brauer, environmental health scientist at the University of British Colombia in Canada, warns that “there is a big difference between doing this in a lab setting and doing it in the real world. There is little real world evidence to suggest that planting more trees will remove pollution.” He notes that trees can also worsen pollution by trapping it and worries that advocating for vegetation could muddy the waters in terms of policy actions.

“We know what works,” he says. “Removing or reducing the sources of pollution or physically separating people by distance from the sources.” He also expresses skepticism about the assumption that ultrafine particles are the most important size class to human health, and says the evidence is actually strongest for particles up to 2.5 microns in diameter.

“The situation is a little more complex that [the authors] present,” says Andrey Khlystov, an analytical chemist at the Desert Research Institute. “My personal opinion is that trees are better than nothing, but what is needed is for tree type and the situation to be carefully considered.”