On Monday (July 30), researchers at Kyoto University in Japan announced that they were launching a clinical trial to treat Parkinson’s disease using reprogrammed adult stem cells.

Takahashi and his colleagues will inject dopamine-producing neural progenitor cells—derived from induced pluripotent stem cells (iPSCs) from healthy adult donors—into Parkinson’s patients’ brains. Approximately 5 million cells will be injected into the patients’ striatum (in red above), the primary brain region implicated in the disease.

The team plans to recruit seven participants and to observe each patient for two years after the injection.

Last year, Takahashi and his colleagues reported that the injected cells could survive in monkey brains for up to two years, and that the treatment improved symptoms in a primate model of Parkinson’s disease.

According to Science, this is the third iPSC clinical trial approved in Japan. The other two are aimed at treating age-related macular degeneration and heart disease. 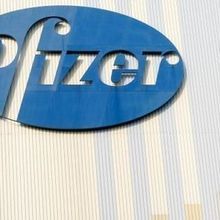