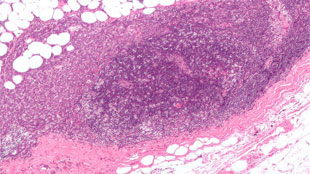 When people die from breast cancer, it is mostly because their original tumours have metastasized to other organs. However, clinical trials for cancer drugs are focused on shrinking existing tumors, not preventing cancer spread. According to Patricia Steeg from the National Cancer Institute, this emphasis is stifling the discovery of chemicals that could prevent metastasis—costing money and patient lives.

In a comment piece, published today in Nature, Steeg calls on the US Food and Drug Administration (FDA) to usher in a new type of randomized clinical trial that will demonstrate if drugs could stop breast cancer from spreading.

Animal studies have identified several compounds could potentially prevent metastasis, but these chemicals often do not kill cancer cells or tumors that have already spread. When they make it to phase II clinical trials, which are designed to test their effectiveness,...

Dihua Yu from the University of Texas MD Anderson Cancer Center has experienced this problem firsthand. She showed that saracatinib, a drug developed by AstraZeneca, could prevent breast cancers in mice from spreading to the brain. Yu and her colleagues want to see if the drug could help to prevent metastasis in breast cancer patients. “Unfortunately, AstraZeneca has decided to stop clinical development of saracatinib and put it on shelf for the exact problem that Dr. Steeg discussed: it showed no or little efficacy in Phase II and III trials for highly aggressive metastatic disease,” said Yu. “I say that with this type of trial, it is too late to see an effect.”

Steeg thinks researchers should launch a new breed of phase II trials focused on preventing metastasis, to test compounds that showed promise in animal studies and had proved their safety in phase I trials. They would enroll patients whose tumours were likely to spread, or had already started to do so. This includes those whose tumours could not be successfully shrunk before surgery or whose tumours had already reached to the lymph nodes.

Along with their standard treatment, these patients would be randomised to receive either a compound that could prevent metastasis or a placebo. Clinicians would measure if the drug delayed the arrival of a new metastasis, in addition to checking to see if it shrank the existing tumour. The patients could be divided into sub-groups based on the drugs they were receiving and/or the characteristics of their tumours.

David Cameron from the University of Edinburgh supports the idea, but he says that such trials would have to recruit patients very carefully. “When we say patients are at high risk of metastasis, they almost certainly already have a level of metastatic disease that we just can’t detect,” he said. “If you saw no evidence of a drug working in these patients, you risk rejecting a drug even though you haven’t actually tested it for its ability to stop metastasis in the first place.”

If drugs succeed in these trials, they could then be tested in healthier breast cancer patients, or in combination with other existing treatments. This model applies to other types of cancer too, especially where metastatic tumours are bigger killers than primary ones.

Erik Sahai from the Cancer Research UK London Research Institute said, “I agree with the overall message that there is a pressing need for some new thinking in this direction.” However, he noted that it can take many years for breast cancer to spread, meaning it would take a lot of time (and money) to detect a drugs’ effect. It would also limit the lifespan of the market exclusivity the drug would receive once it gains approval, as products are often patented early in the drug development pathway.

Steeg argues that such trials would initially be carried out in patients who have poor prognoses, whose tumours would normally be expected to spread within a few years. In these patients, the benefit of a metastasis-preventing drug would soon be clear.

Steeg argues that such trials will only become a reality if regulators like the FDA deem a delay to metastasis to be a satisfactory endpoint. “To dedicate a part of your career to an unproven model is a risky proposition for a clinical oncologist,” said Steeg, “and without regulatory FDA guidance, I don’t think companies will support this venture. They need to know that if they do this and it works, they will get approval. Someone has to try it.”